Parents say they are gaining control over their children's exposure to sex and violence in the media, but they remain more broadly concerned about inappropriate content in the media, according to a new national survey of parents released by the Kaiser Family Foundation. The report, Parents, Children & Media: A Kaiser Family Foundation Survey, is a national survey of 1,008 parents of children ages 2-17, along with a series of six focus groups held with parents across the country. The survey explores such issues as media content, media ratings and the V-Chip, media monitoring, educational media, advertising, and the Internet. 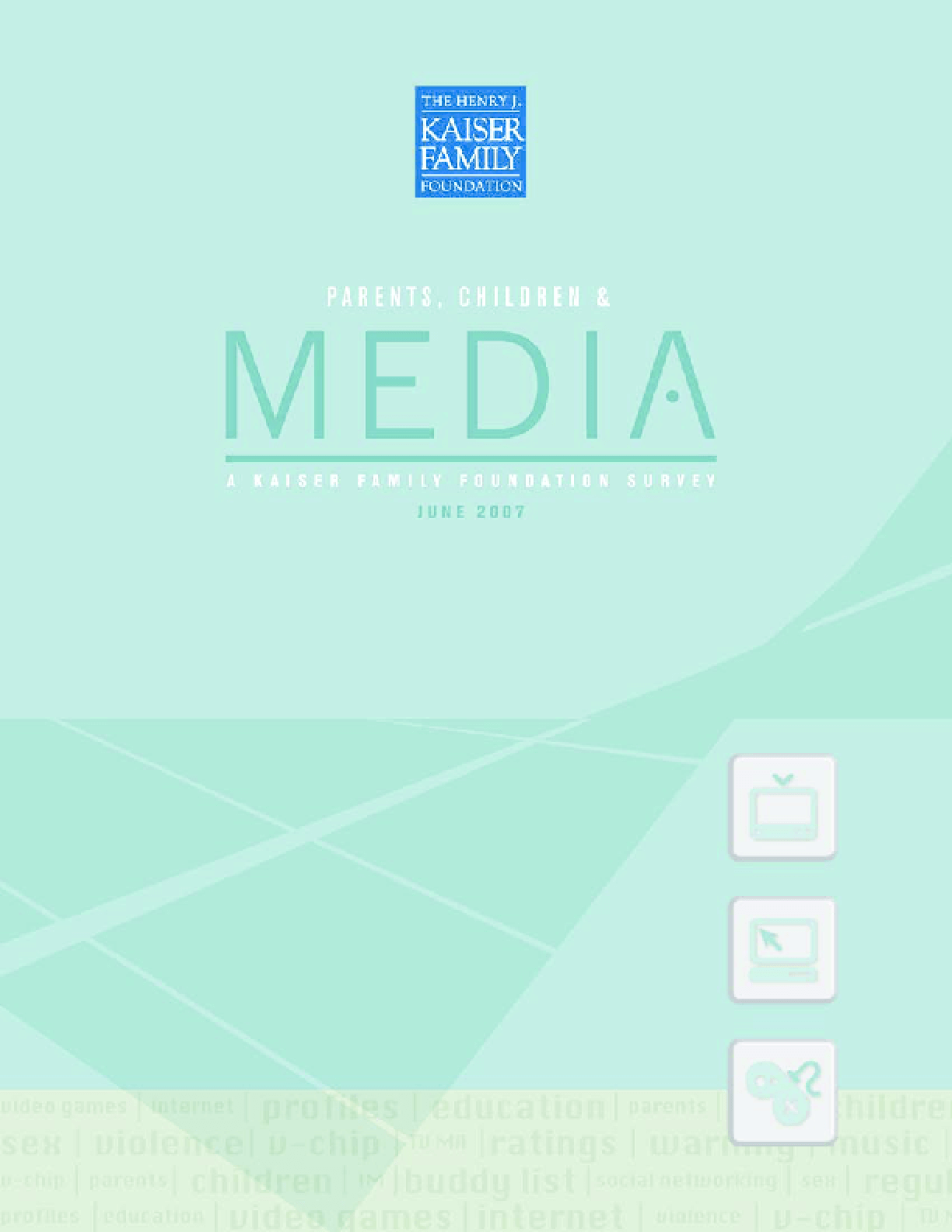