Parler and the Road to the Capitol Attack: Investigating Alt-Tech Ties to January 6

The January 6, 2021 mob assault on the U.S. Capitol exposed deep fissures between Americans and shook the very foundations of the country. The violence that day and the tech industry's response to the tsunami of polarizing content triggered a major public debate over how social media and tech companies manage their platforms and services and the impact of content moderation policies on polarization, extremism, and political violence in the United States. That debate is also now playing out in Congress where the House Select Committee to Investigate the January 6th Attack on the United States Capitol is now underway. One big question is: How did niche social media sites geared toward far-right audiences, like Parler, contribute to polarization around the 2020 presidential election and to what extent did Parler and other platforms factor into the January 6 attack? The first in a series of investigations into the impact of the alt-tech movement on U.S. national security, this report provides an initial snapshot of observations culled from an ongoing analysis of open source data related to the Capitol attack.

Based, in part, on an early assessment of a cache of an estimated 183 million Parler posts publicly archived after Parler was temporarily deplatformed, the analysis in this report offers unique insights into online and offline early warning signs of the potential for election-related violence in the year-long run up to the Capitol attack. On the streets and online, the networked effects of poor platform governance across the internet during the 2020 presidential election were notable on mainstream and fringe social media sites. Nevertheless, the combined impact of Parler's loose content moderation scheme as well as data-management practices and platform features—either by design or neglect, or both—may have made the social media startup especially vulnerable to strategic influence campaigns that relied heavily on inauthentic behavior like automated content amplification and deceptive techniques like astroturfing. 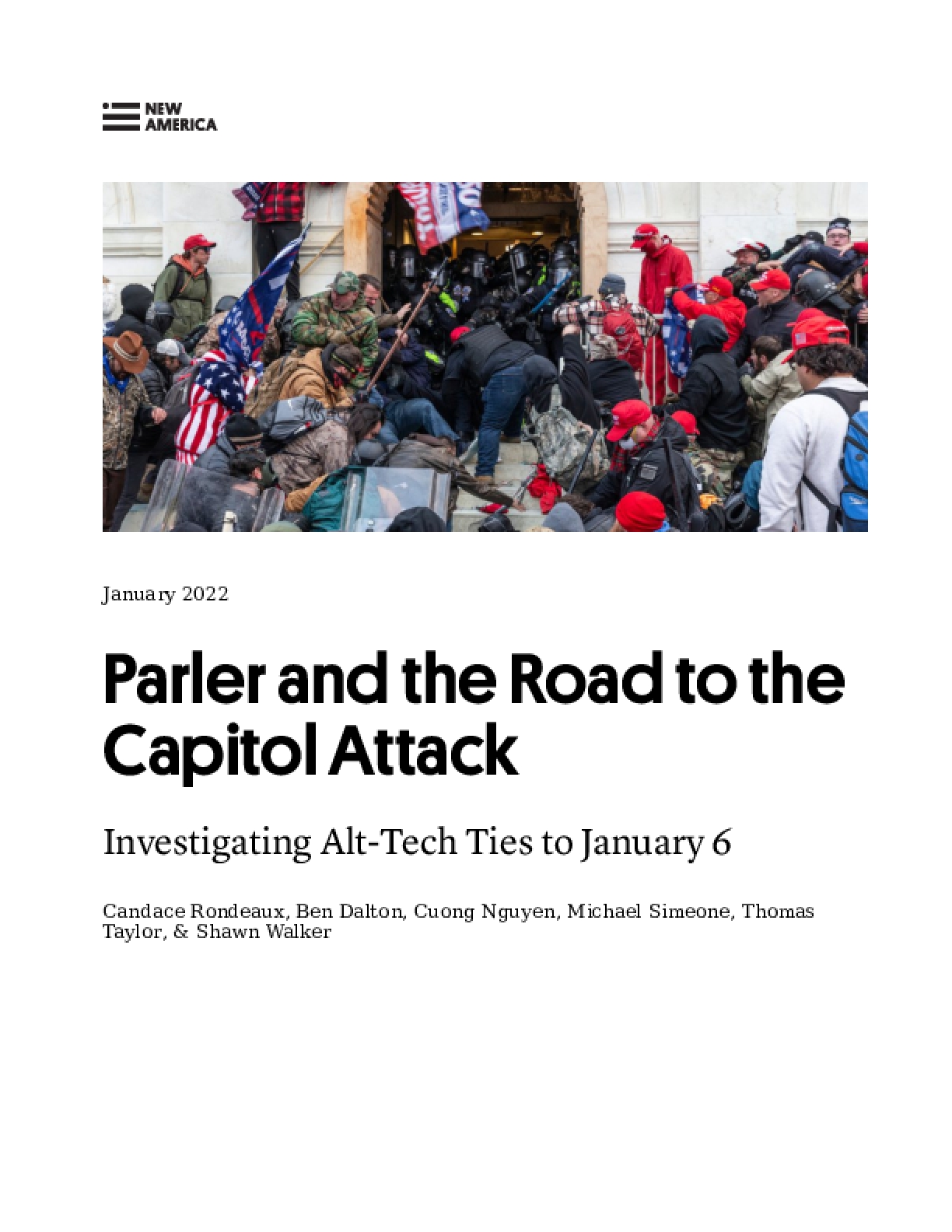