Partners in Austerity: Jamaica, the United States and the International Monetary Fund

This paper looks at Jamaica's ongoing relationship with the International Monetary Fund and multilateral development banks, its recent economic performance and the impact on development of a persistently high debt burden. It finds that after 20 years of negative average annual per capita GDP growth, Jamaica continues to be plagued by high debt and low growth.

Now in the third year of an IMF-backed economic program, Jamaica is running the most austere budget in the world, with a primary surplus of 7.5 percent of GDP. After two debt restructurings, both as preconditions to receiving IMF support, Jamaica still has a debt-to-GDP ratio of nearly 140 percent, and net flows from multilateral banks turned negative for two consecutive years. The paper finds that multilateral debt relief may be necessary for Jamaica to escape from its unsustainable debt burden, low-growth trap. 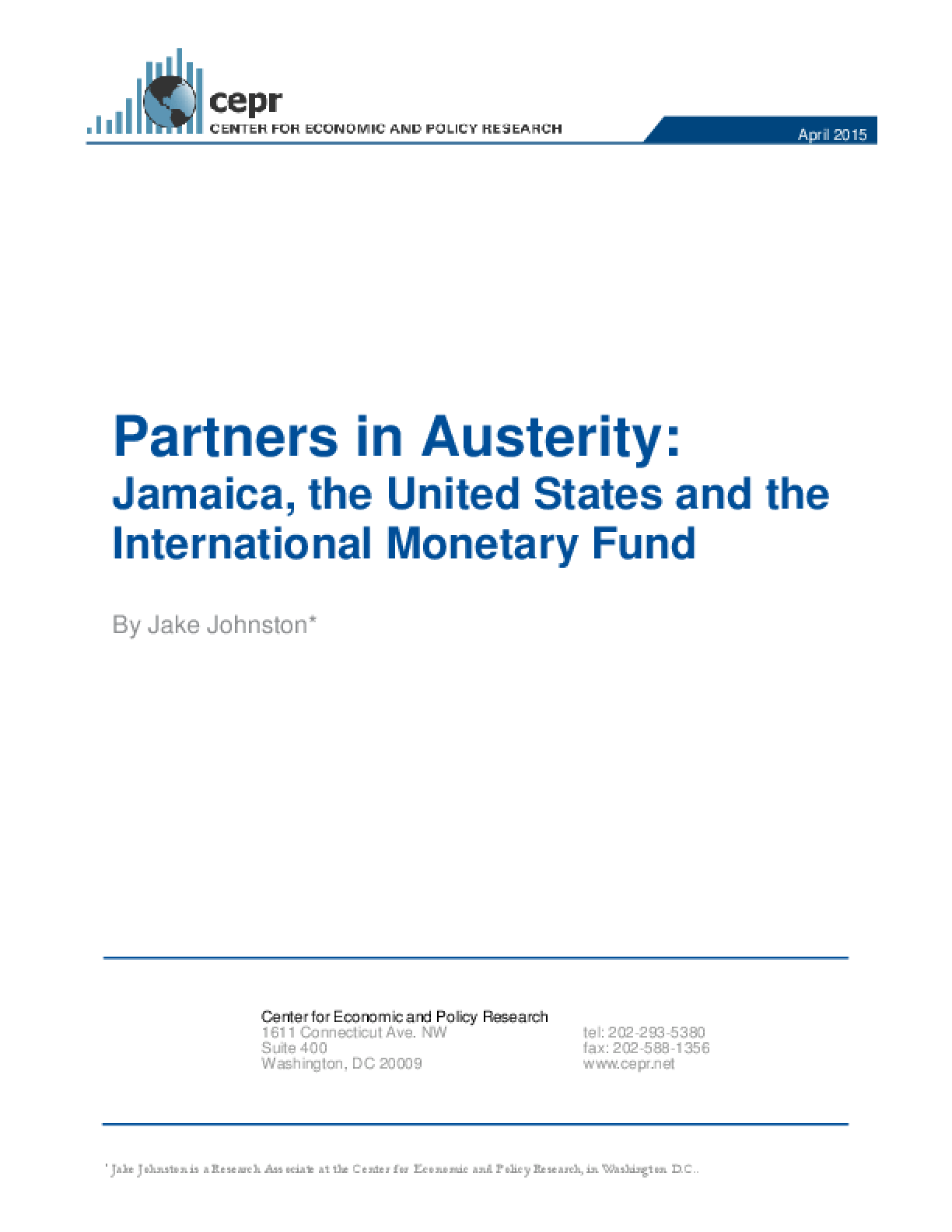