Party Conventions Are a Free-For-All for Influence Peddling: The Soft Money Loophole for Lobbyists

The Democratic and Republican national conventions are supposed to be publicly financed electoral events with reasonable ethics restrictions on influence-peddling by lobbyists. However, the conventions have become mostly privately financed soirees funded by corporations and lobbying firms that seek favors from the federal government. The unlimited soft money donations from special interests to pay for the conventions, and the lavish parties and wining and dining at the conventions, run counter to the federal election law and congressional ethics rules. 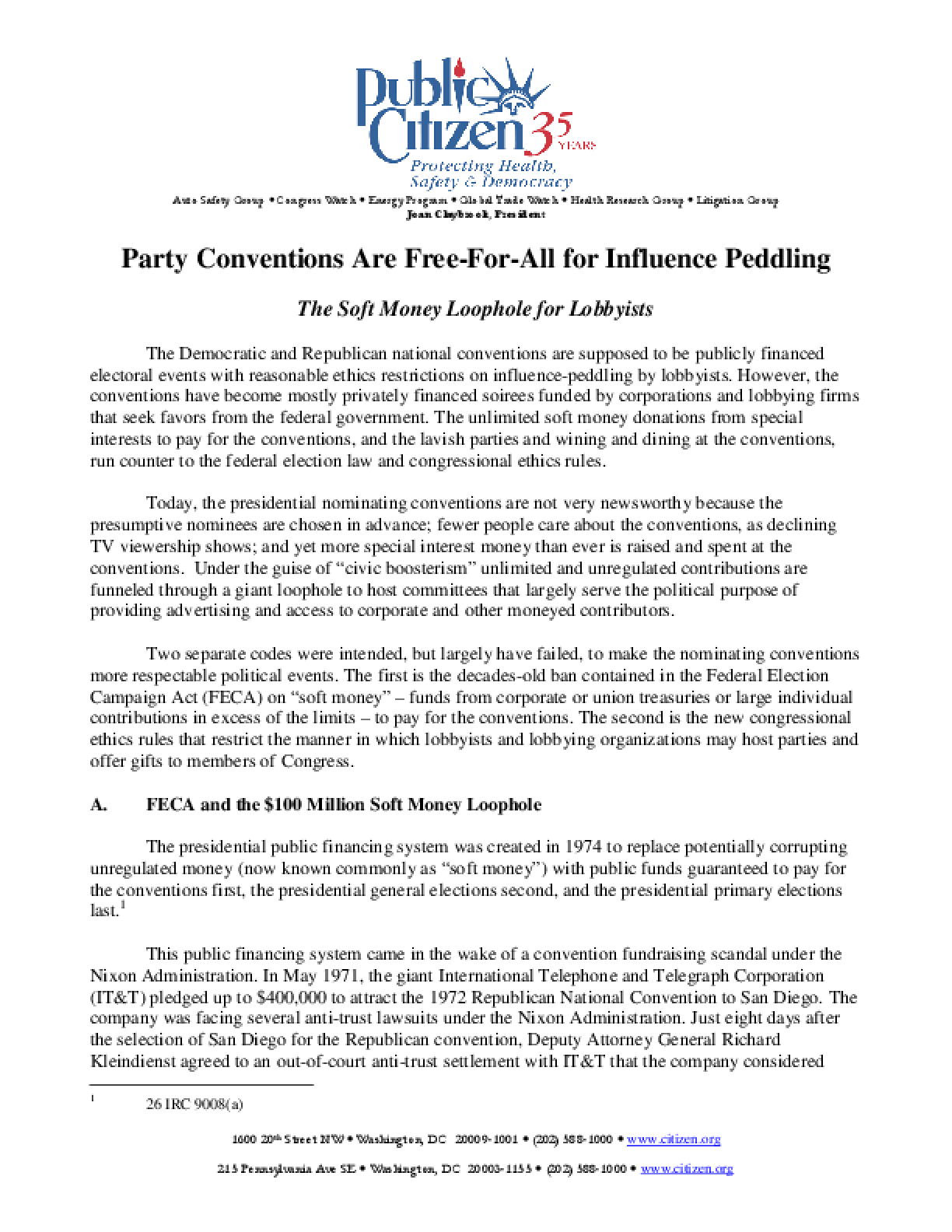