Some 60 percent of the nation's 13 million community college students are unprepared for college-level courses and must enroll in at least one developmental course....[and] less than a quarter of students in developmental math courses earn a degree or credential within eight years. Faced with a long sequence of pre-college-level, non-credit courses, often repeating math material they've failed before, half of them quit within the first few weeks of enrolling in the courses. They quit because they believe they aren't smart enough to do math, that the class itself has little relevance to their personal or academic goals, and that they don't really belong in the course or in college at all. And because such students cannot get to graduation if they cannot get past mathematics, the result is not just a dropped class, but the end of college and the economic insecurity that often results from not earning a degree. This report examines the success of the Pathways programs created by the Carnegie Foundation for the Advancement of Teaching which is currently being taught in 28 different community colleges nationwide. The Pathways program differs from traditional developmental math courses in that it is a yearlong class for academic credit with fewer students dropping out, most earning college credit toward graduation, and some even discovering a predilection for mathematics. 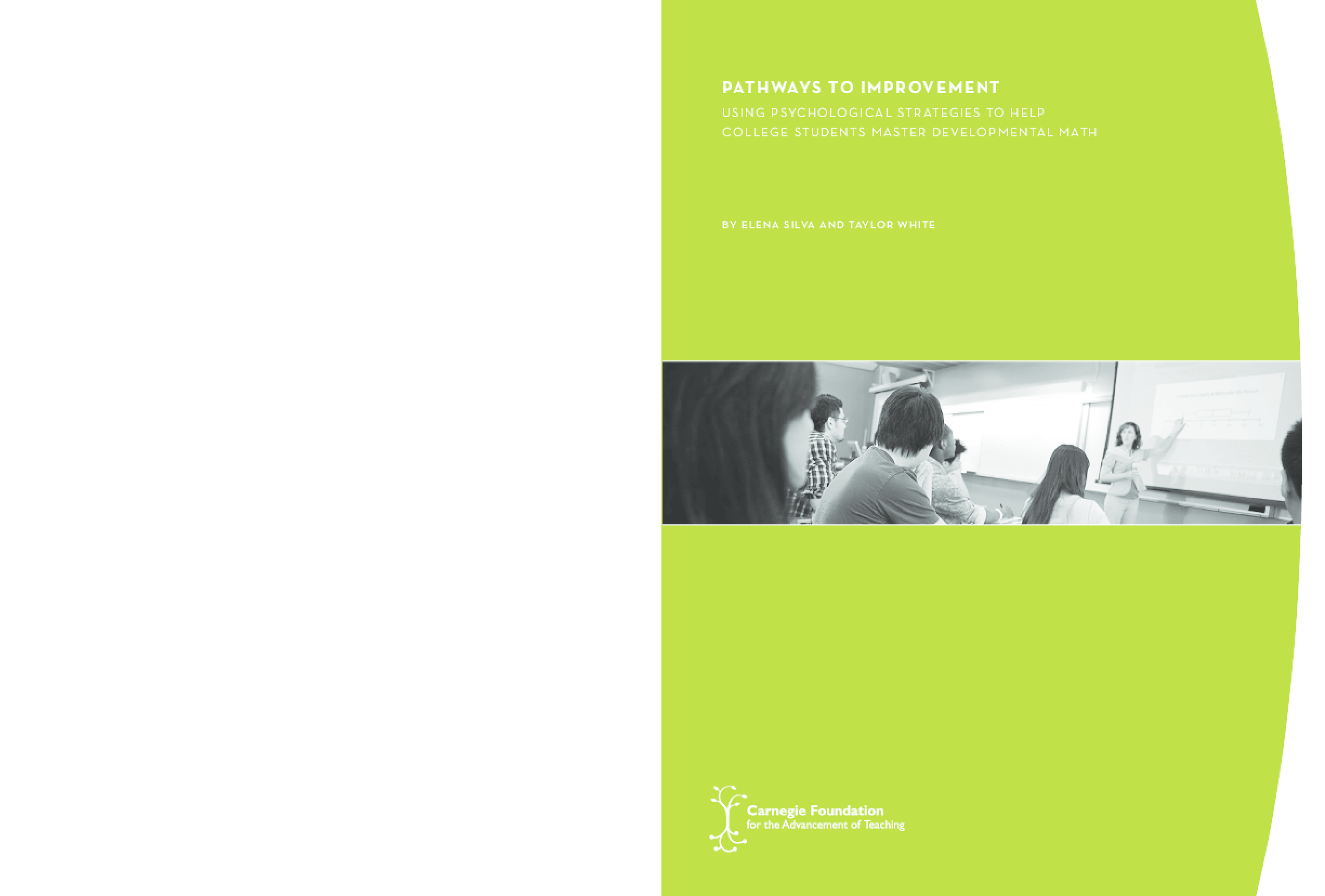