Paul Monroe and the Origins of American Comparative Education 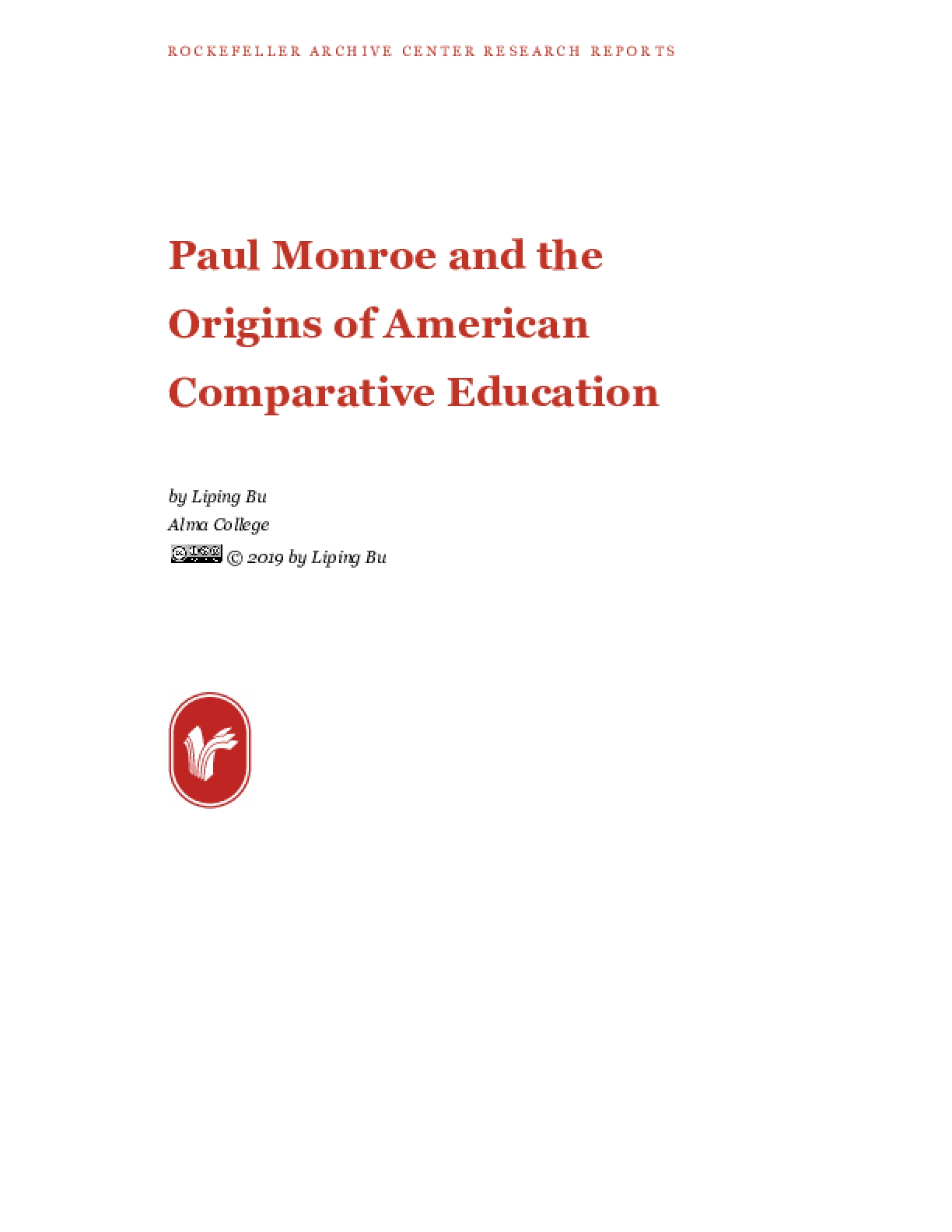