The first-ever U.S.-DPRK summit meeting in Singapore yielded an agreement in principle that satisfied both sides' key demands, but the two overreached in Hanoi. Ever since then, North Korea has been demanding unilateral steps by the United States to demonstrate its commitment to end enmity before it will return to the negotiating table. After the failed summit, opponents of engagement in Pyongyang began pushing back against negotiations. Kim Jong Un responded with an April 12, 2019 policy speech to the Supreme People's Assembly imposing an end-of-the-year deadline for an offer he could accept and hinted he would end his self-imposed moratorium on testing nuclear weapons and the longer-range missiles to deliver them. Despite U.S. attempts to meet him part-way, he ramped up testing of other missiles and continued fissile material production. He also held relations with Seoul hostage to further advances in talks with Washington. Yet it seems unlikely he is giving up seeking the same goals sought by his grandfather and father to reconcile – end enmity - with Washington and Seoul in order to hedge against the rise of China. Unlike his forebears, he has willing partners in the U.S and South Korean presidents, but his increasing nuclear leverage may tempt him to overplay his hand in coercive diplomacy either by resuming tests to enhance that leverage or by asking for more than President Trump can give. 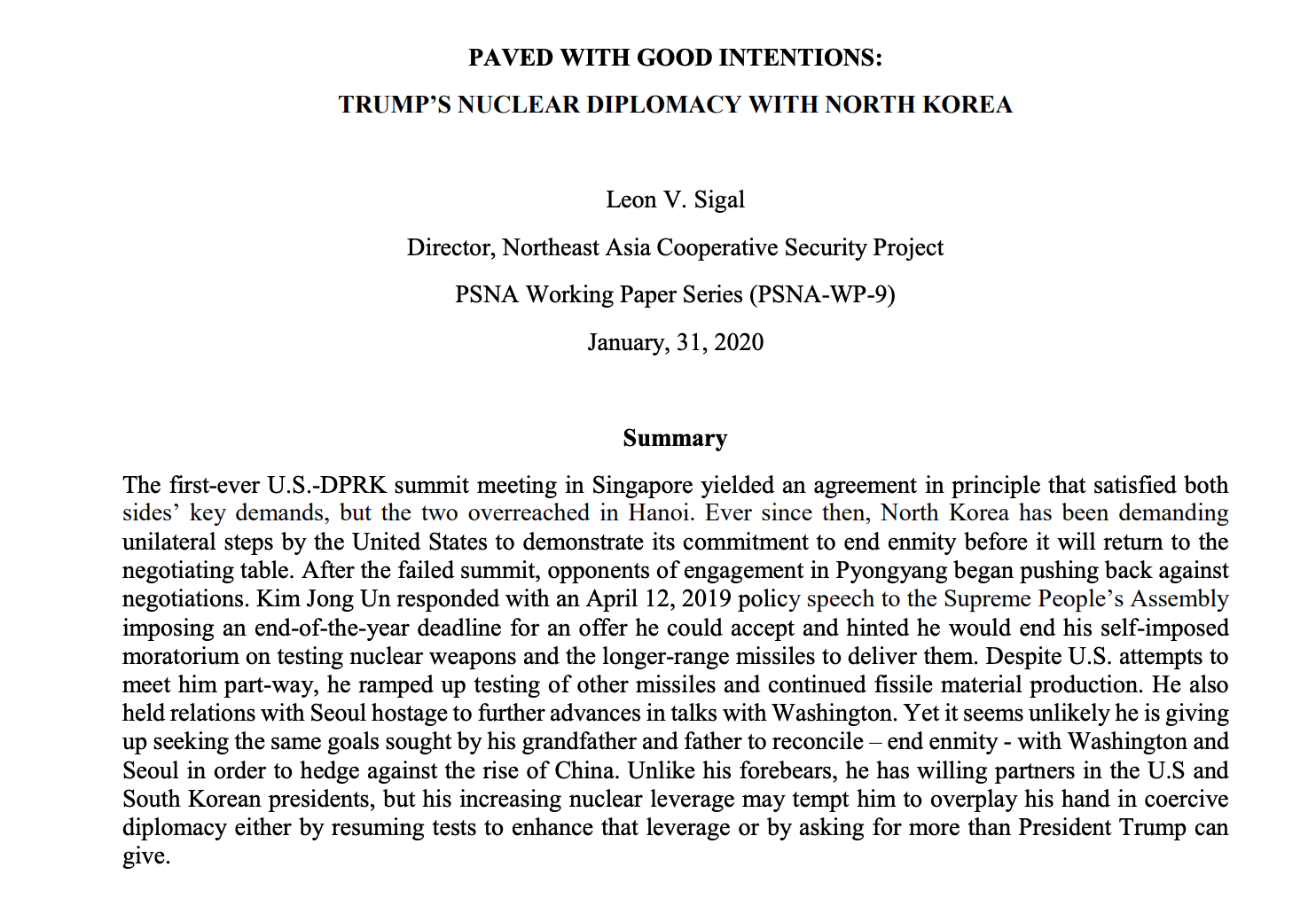