The payday lending industry has grown exponentially from a few hundred locations in the early 1990s to nearly 25,000 locations nationwide. There are now more payday lending establishments than there are McDonald's and Starbucks locations combined. Nationwide, the Industry earns $6 billion in revenue. In California, there are 2,501 Payday Lending Licensees and Californians spend more than $757 million annually on payday loan fees. With such a massive small-dollar lending industry operating where an estimated 1.5 million California households use a payday lender 11 times annually, it would be reasonable to assume that California would have strict regulations to ensure compliance with the law, as well as robust protections for consumers against predatory payday lending. However, California has extremely lenient laws governing payday lenders. The reporting requirements of payday lenders to their regulatory agency, the California Department of Corporations, are minimal. This laissez-faire nature that "regulates" the payday industry pushed many financially-struggling consumers to turn to consumer advocacy groups to find small-dollar loan alternatives, as well as advocacy for greater restrictions for the payday industry. 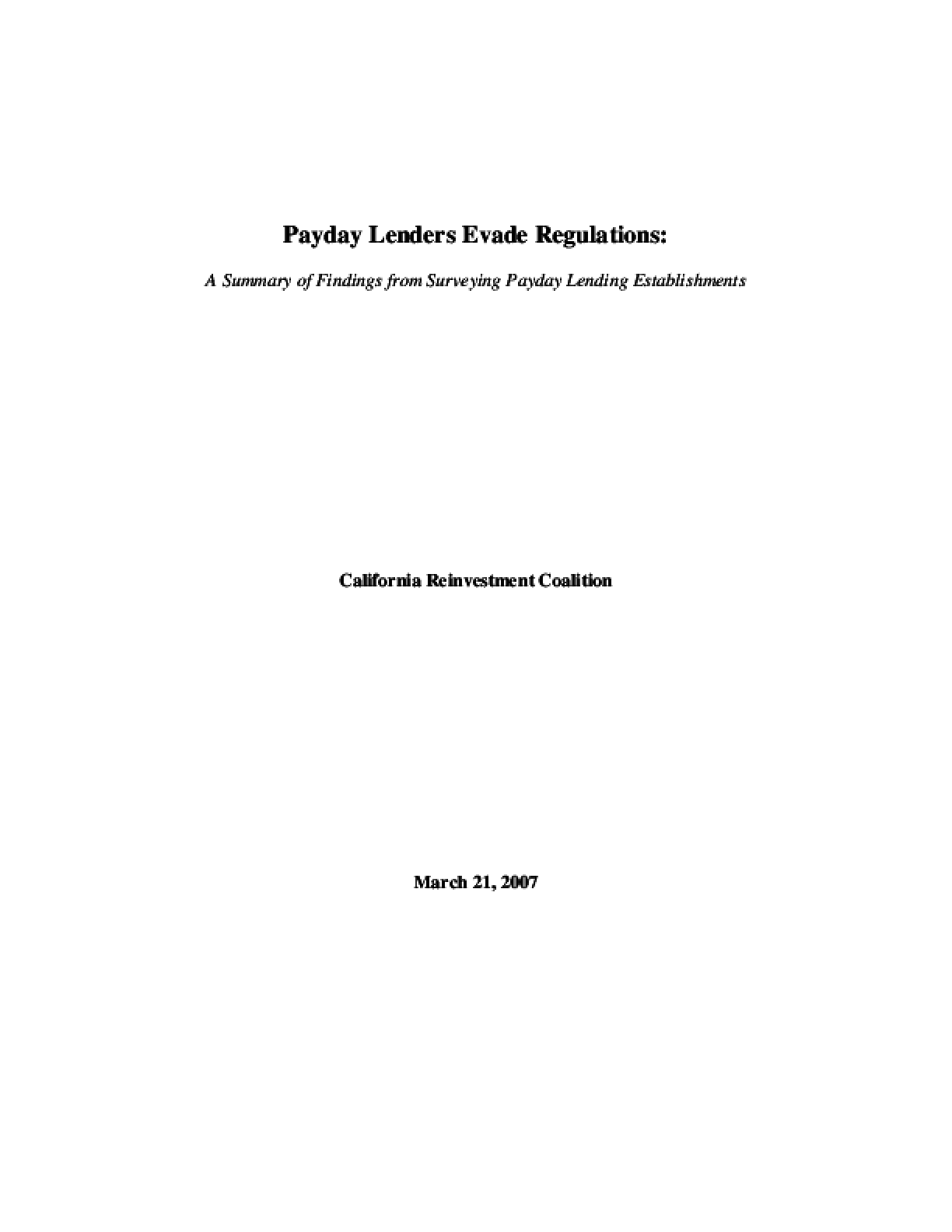