Paying for News: Why People Subscribe and What it Says about the Future of Journalism

The Media Insight Project, a collaboration of the American Press Institute and The Associated Press-NORC Center for Public Affairs Research, has undertaken what we believe is one of the largest efforts ever to understand who subscribes to news, what motivates them, and how creators of journalism can engage more deeply with consumers so more people will subscribe.

This, the first report in that series, is based on in-depth formative interviews with news consumers in three cities and a nationally representative survey, informed by those interviews, of 2,199 American adults conducted between February 16 and March 20, 2017. 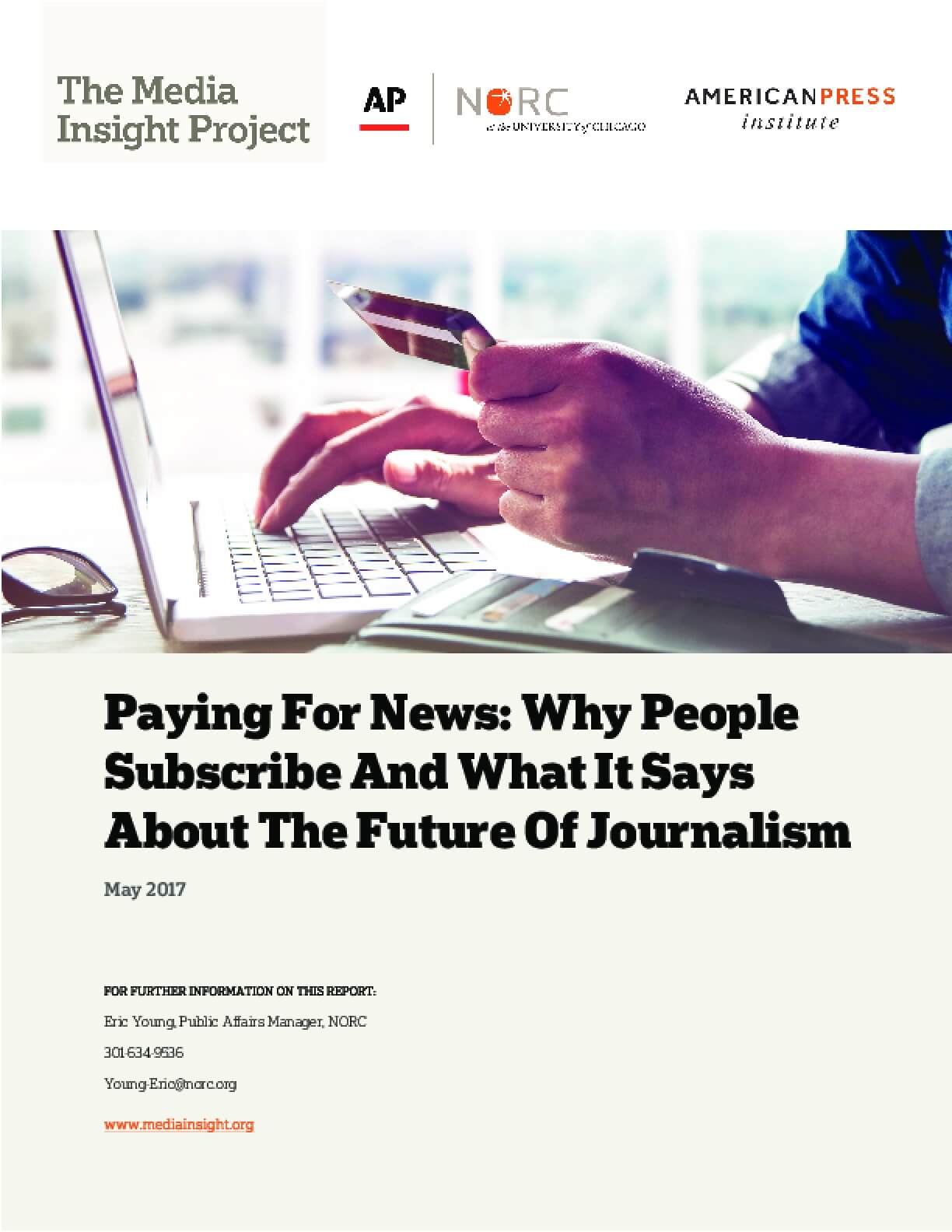