The recent "fiscal cliff" deal reinstated a limit on itemized deductions for high-income taxpayers known as the "Pease" provision, which policymakers created as part of the 1990 bipartisan deficit-reduction package but which the Bush tax cuts phased out between 2006 and 2010. In recent days, some pundits and leaders of some charitable organizations have suggested that because Pease limits the total amount of itemized deductions that high-income filers can claim, it will reduce the incentive for taxpayers to donate to charity. That suggestion is incorrect, however, as a close look at Pease makes clear. 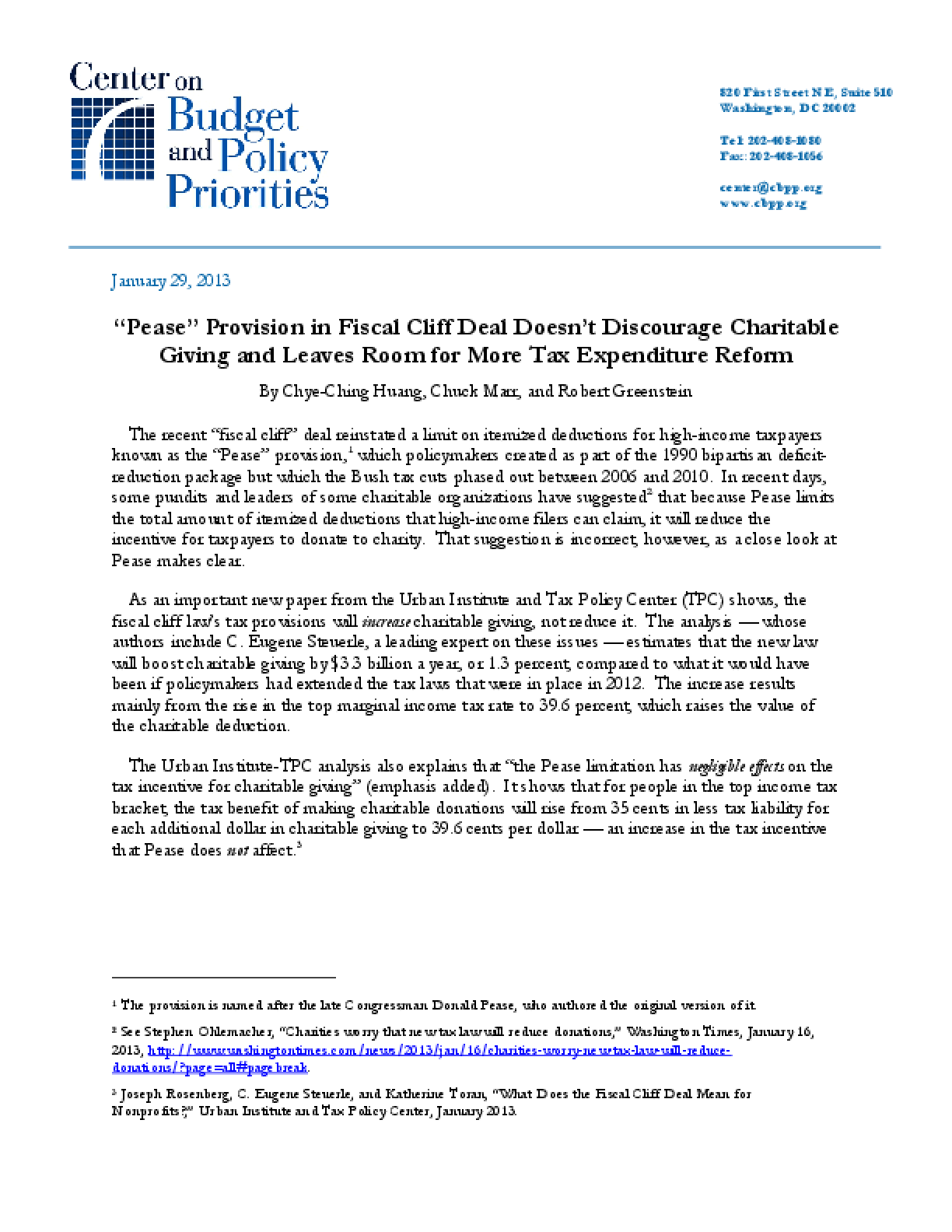