The number of pedestrian fatalities in the United States increased 19 percent from 2009 to 2014, a period in which total traffic deaths decreased by about 4 percent. In fact, pedestrians now account for the largest proportion of traffic fatalities recorded in the past 25 years. Earlier studies by the Governors Highway Safety Association (GHSA), based on preliminary data reported by State Highway Safety Offices (SHSOs), were the first to predict recent increases in pedestrian fatalities.T

he present study, based on preliminary data from all states and the District of Columbia (DC) for the first six months of 2015, found an increase of 6 percent in the reported number of fatalities compared with the first six months of 2014. After adjusting for anticipated underreporting in the preliminary state data, GHSA estimates there has been a 10 percent increase in the number of pedestrians killed in 2015 compared with 2014. In addition, pedestrian deaths as a percent of total motor vehicle crash deaths have increased steadily from 11 percent in 2005-2007 to 15 percent in 2014. It has been 25 years (1990) since pedestrians accounted for 15 percent of total traffic fatalities. Preliminary data indicate that pedestrians will represent about 15 percent of total fatalities again in 2015. 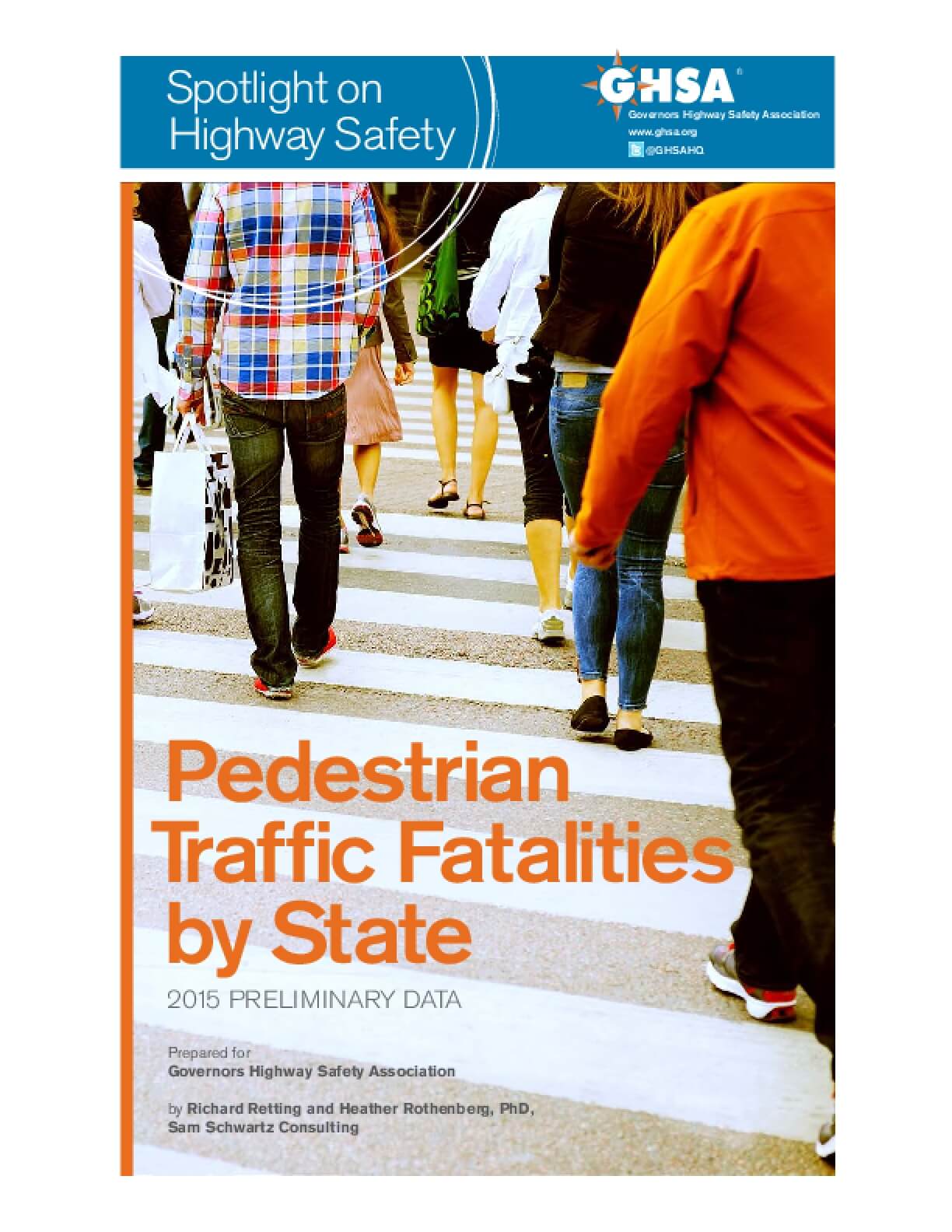