After adjusting for anticipated underreporting in the preliminary state data, GHSA estimates the number of pedestrians killed in 2016 increased by 11 percent compared with 2015. This was the largest annual increase in both the number and percentage of pedestrian fatalities in the 40 years that national records have been kept, with the second largest increase occurring in 2015. In addition, pedestrian deaths as a percent of total motor vehicle crash deaths have increased steadily, from 11 percent in 2006 to 15 percent in 2015. 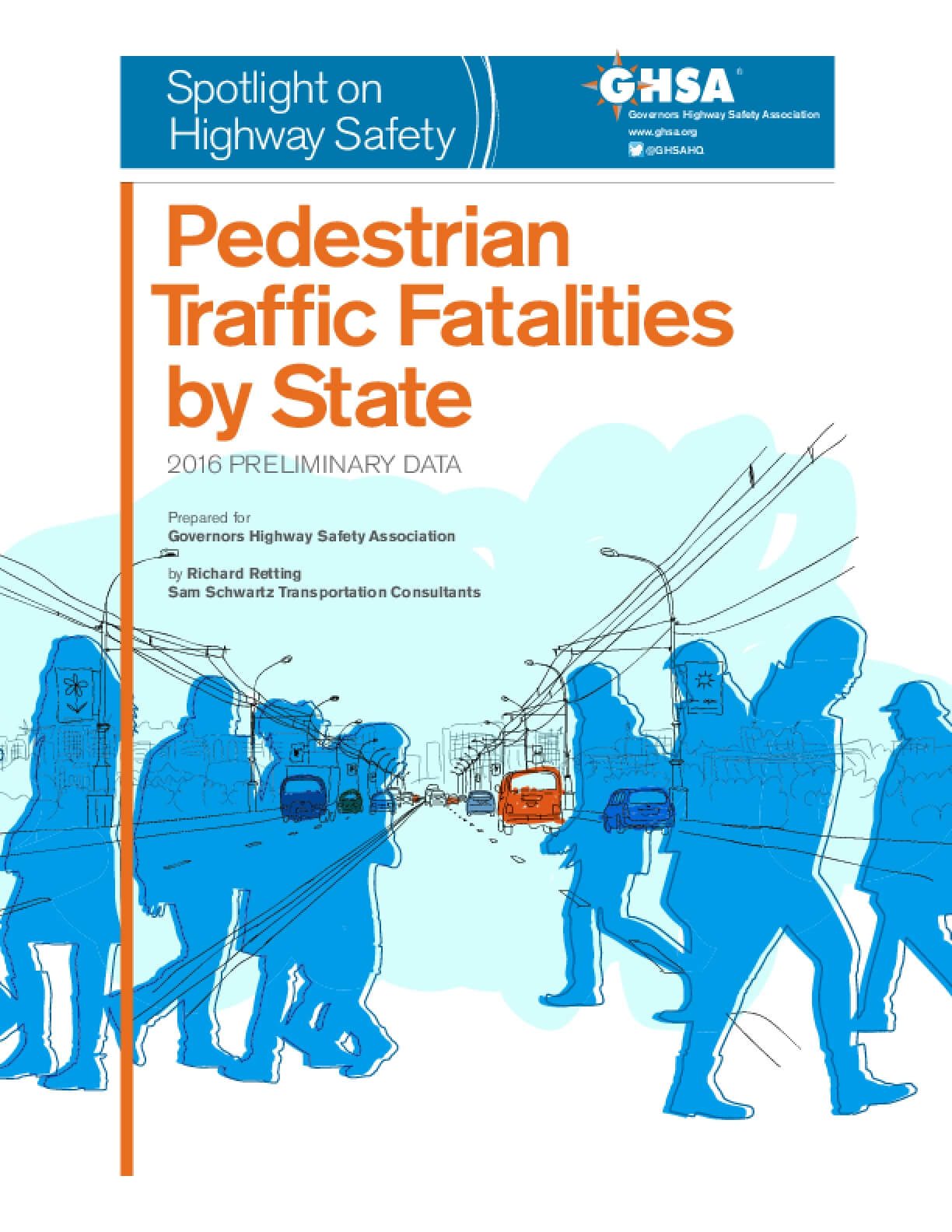