A report on peer learning event held June 29 - July 1, 2006 in Istanbul, Turkey. Sustainability is a key issue for most grantmaker associations and the group that met for the peer learning event (PLE) on this topic from 29 June to 1 July 2006 was a good cross-section of the field. Some of the participants were from organisations two years old or less, while two others were among the tiny handful created in the 1940s. Size and range of members varied widely as did levels of experience of the participants themselves. Some have had concentrated periods to assess and stabilise their organisations while others are developing sustainability strategies. Two organisations present, while sharing the role of promoting and supporting philanthropy, are not based on a membership structure and thus brought yet another perspective. The countries involved were Brazil, Canada, Ireland, Kenya, Malaysia, the Philippines, Portugal, Romania, South Africa, Turkey and the USA (one organisation US-wide, others covering Northern California, South Florida, and south western states): thus the cultural, economic, legal and historical contexts were extraordinarily different too. The differences did not dominate discussion but in some ways enhanced it with multiple perspectives and varied approaches, and occasionally requiring some careful teasing out of the meaning of terms or tactics in different contexts -- always an enlightening process. 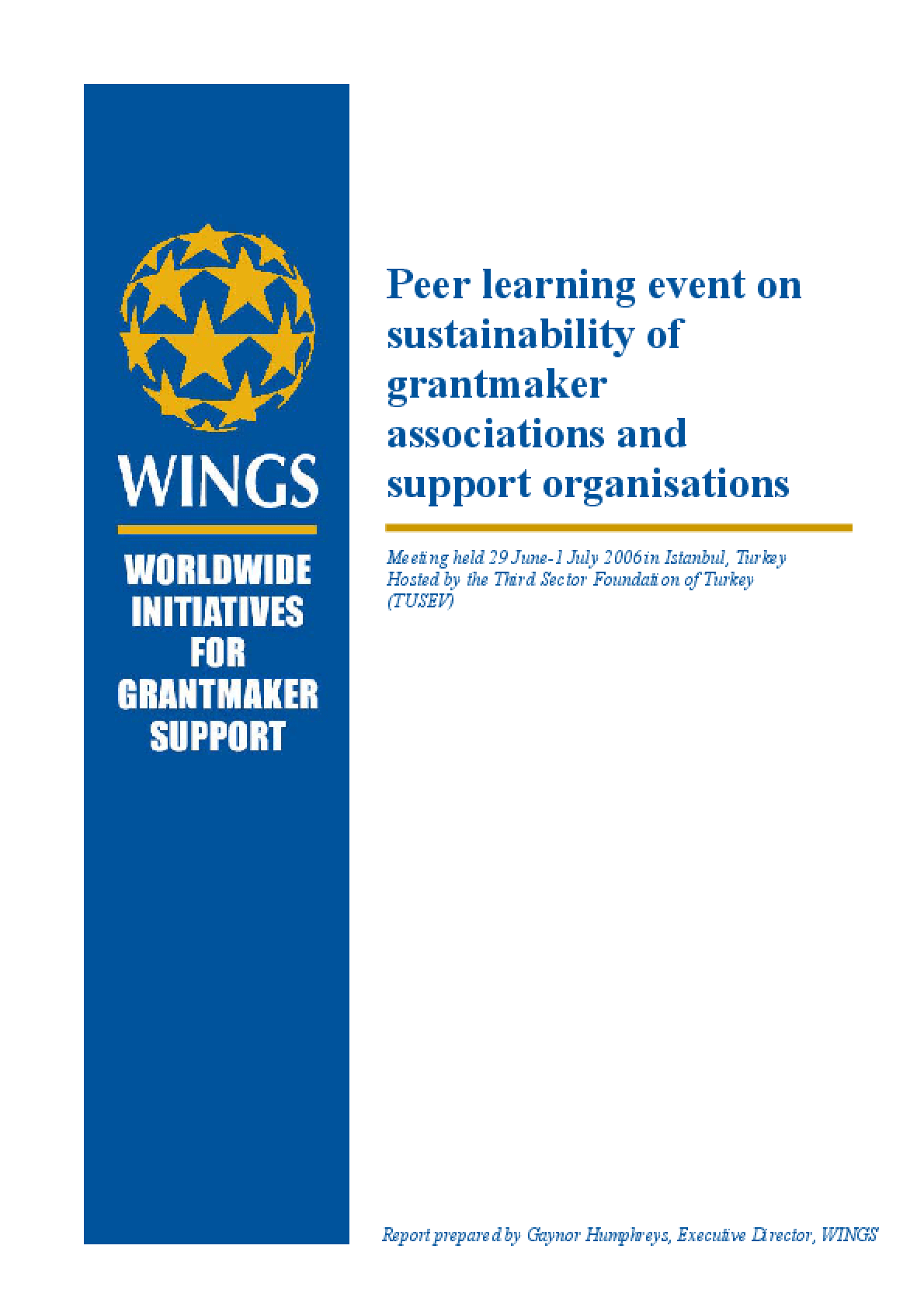