This report is part of a series of 21 state and regional studies examining the rollout of the ACA. The national network -- with 36 states and 61 researchers -- is led by the Rockefeller Institute of Government, the public policy research arm of the State University of New York, the Brookings Institution, and the Fels Institute of Government at the University of Pennsylvania. Although the ACA will no doubt have real financial consequences for insurers, hospitals, and health care providers, at this early stage in implementation, it is difficult to calculate precise gains and losses. For example, the Hospital Association of Pennsylvania supported the ACA, believing, in part, that reform was necessary to reduce current levels of uncompensated care and to reduce reliance on emergency care for patients who put off treatment for as long as possible to avoid out-of-pocket costs. The association agreed to significant cuts in Medicare and Medicaid to support the bill's passage. However, because cost savings from universal coverage have not yet been realized, hospitals reported cutting staff in April 2014 to offset the loss of Medicaid and Medicare funding. Safety net hospitals, which are required to serve all populations, seem especially affected, as many of their patients who fall into the Medicaid coverage gap are still showing up in emergency rooms without insurance. 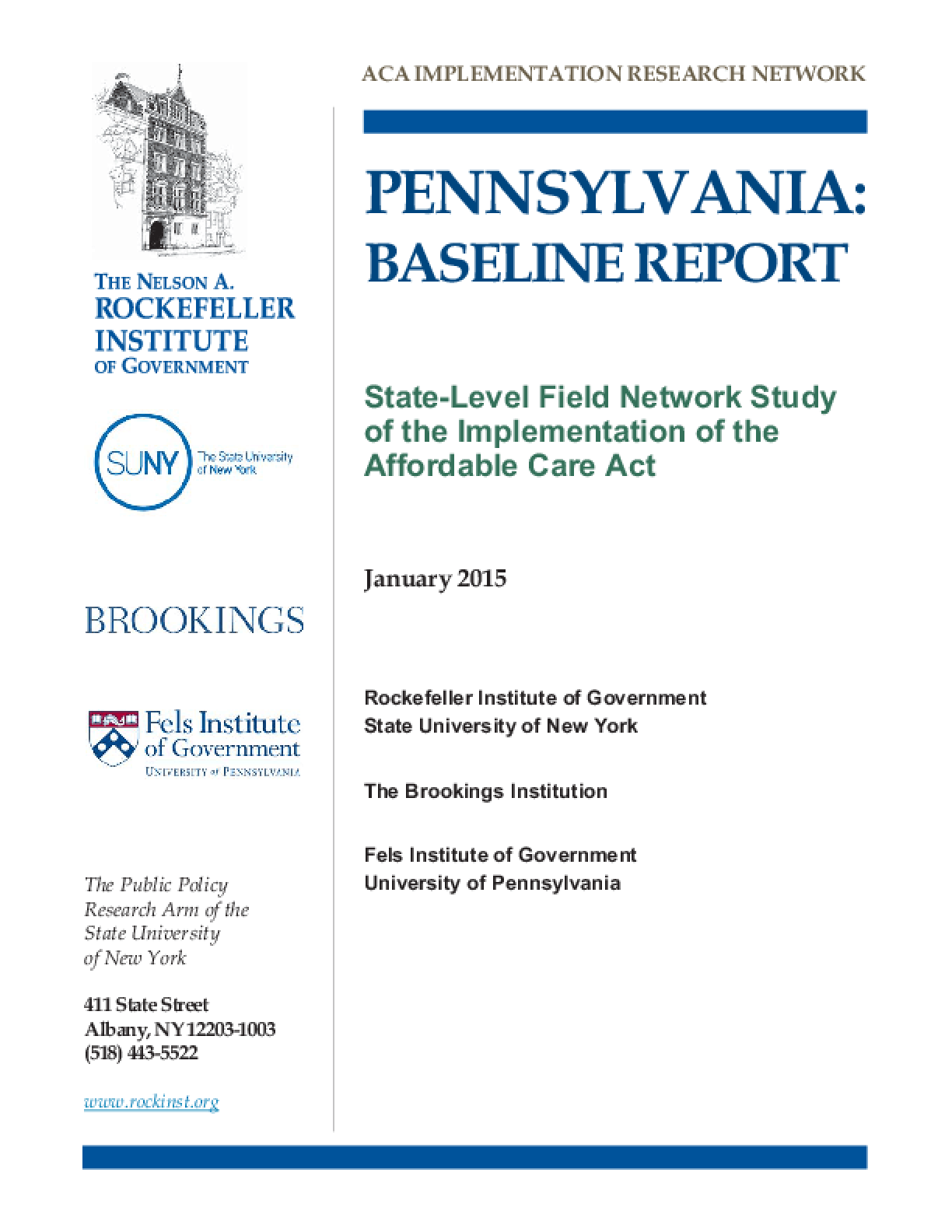