People and guns involved in denied and completed handgun sales

Objective: Denial of handgun purchases by prohibited people and knowledge of the structure of gun commerce have helped to deter and prevent firearm violence. The authors hypothesize that handguns involved in a denied purchase would more closely resemble those used in crime compared with handguns sold. Design: Cross sectional. Setting: Denied and completed handgun sales in California, 1998 -- 2000. Main outcome measures: Handgun and purchaser characteristics of denied and completed sales were compared. In particular, handgun characteristics most closely associated with crime guns (type, caliber, barrel length, price) were examined. Results: Compared with handguns sold, handguns in denied sales were somewhat more likely to be semiautomatic pistols (74.6% v 69.4%), to have short barrels (25.9% v 22.2%), and be of medium caliber (48.9% v 37.3%). Ten percent of the handguns in denied sales and 3.4% of handguns sold were identified as inexpensive. Conclusions: The characteristics of denied handguns are similar to those seen among crime guns. Both groups of guns may reflect the desirability for criminal purposes of pistols, which have larger ammunition capacities than other handguns, and short barrels, which increase their ability to be concealed. 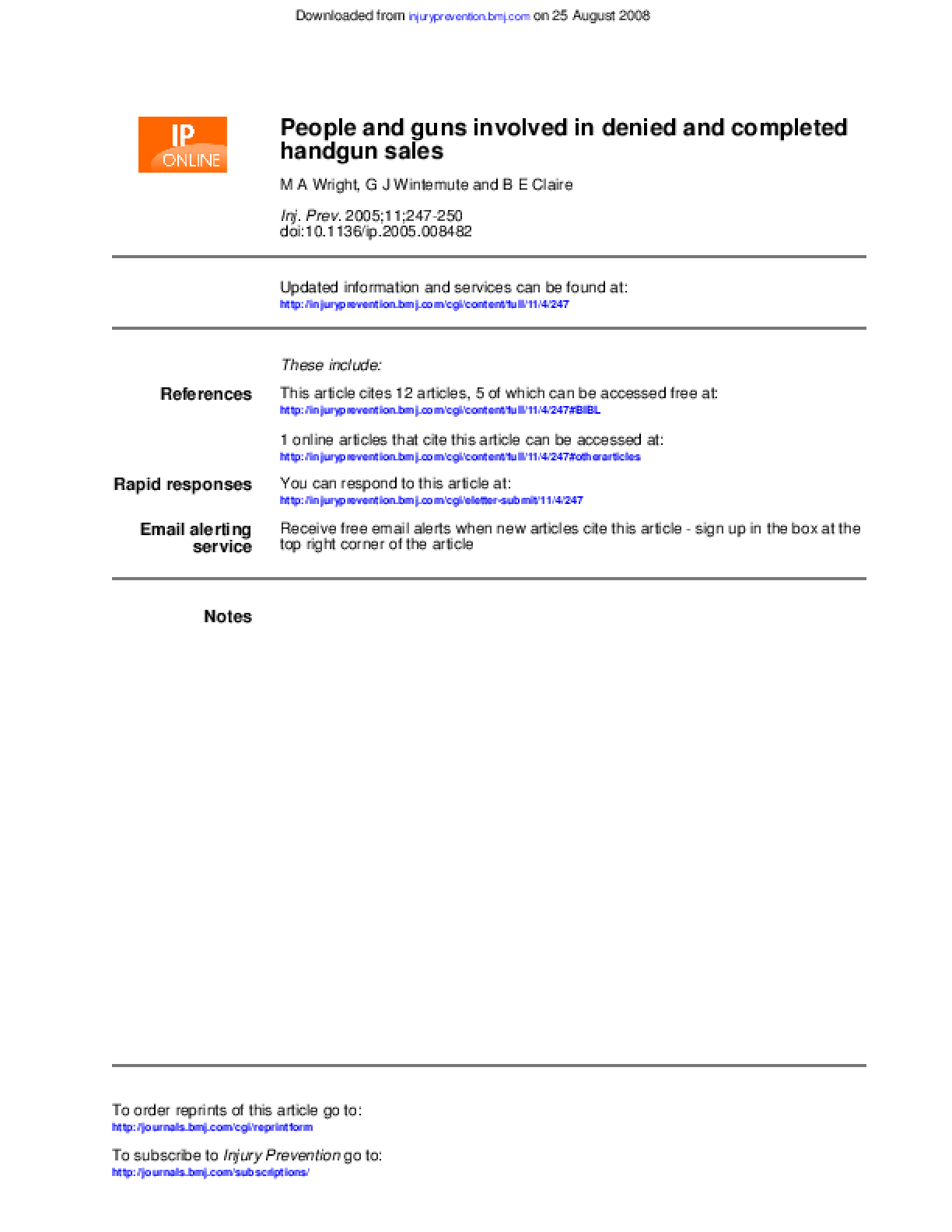