"People and Politics in America's Big Cities" is a critical investigation into the impact of the profound demographic transformation under way in New York and Los Angeles. Written by two leading experts on urban politics -- John Logan and John Mollenkopf -- the paper traces black-to-white succession in big cities and its political consequences. It shows how immigration has altered that pattern, producing new racial and ethnic contours in metropolitan America, and particularly in New York and Los Angeles. Analyzing the 2001 mayoral and city council elections, it explores the growing gaps in representation between the populations and elected officials of these cities and asks what might be done to address them. 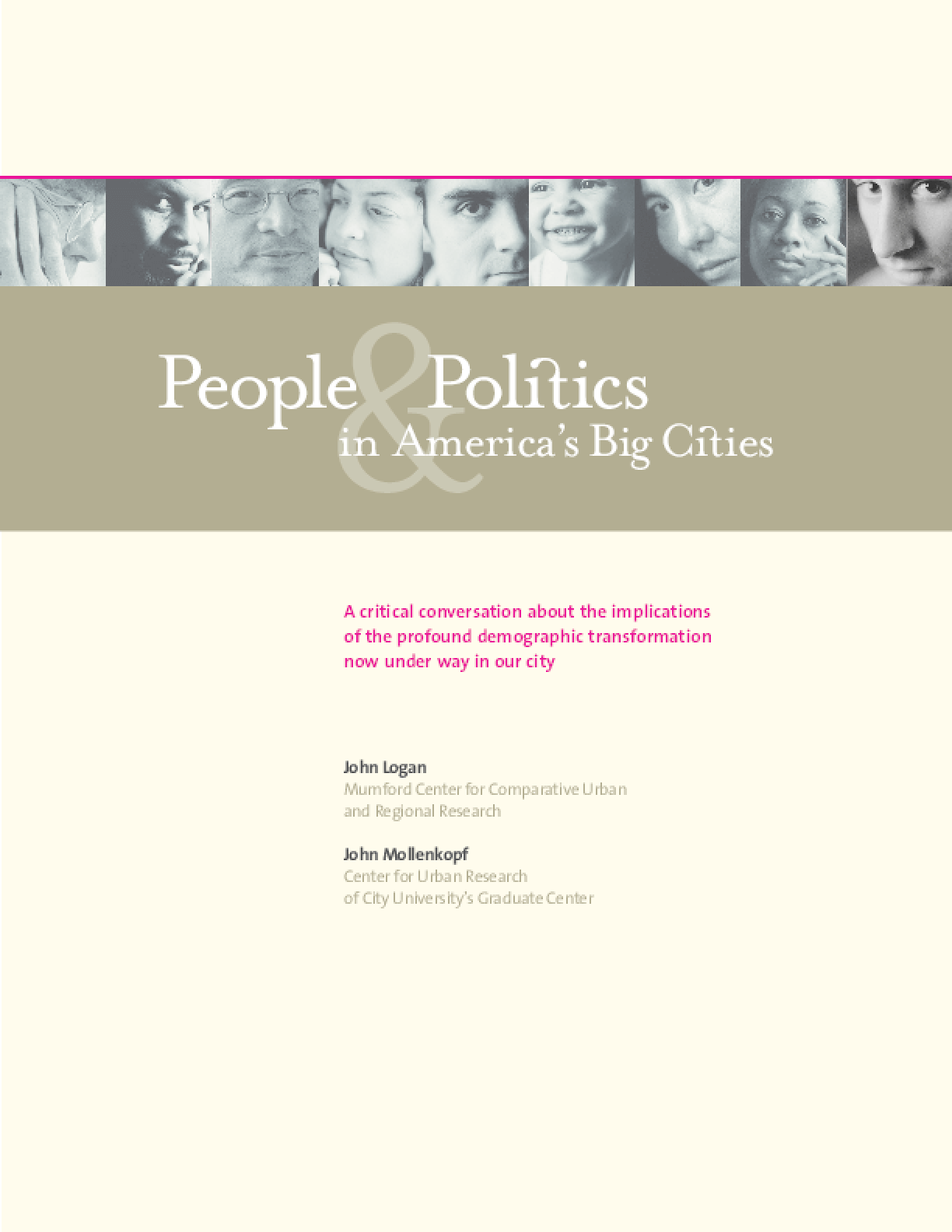