The size of Philadelphia's middle class has essentially stabilized in the past decade after a period of prolonged decline, according to an analysis by the Pew Charitable Trusts of current and past data from the U.S. Census Bureau. In 2010, 42 percent of the city's adults qualified as members of the middle class, as defined by household income, virtually unchanged from 43 percent in 2000. Both of those figures are down substantially from 1970, when the middle class made up 59 percent of Philadelphia and the city had 400,000 more inhabitants than it does now. A vibrant and substantial middle class is widely considered essential for economic health and social stability in any community. The challenge for Philadelphia, operating in a climate of budget cutbacks and tax fatigue, is to maintain and grow its middle-class population without shortchanging the needs of lower-income residents. And in Philadelphia, those needs are vast. 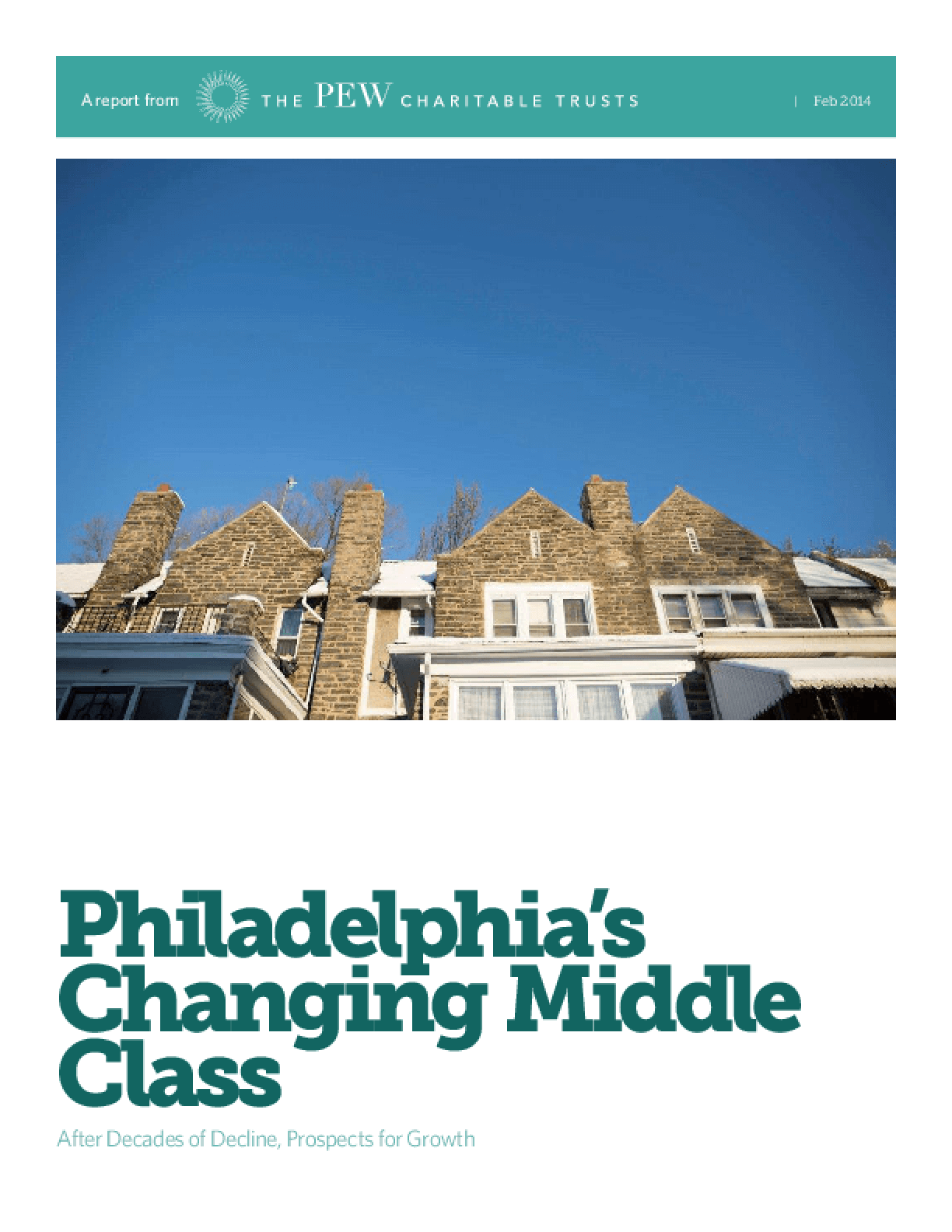