The study examined "Philanthropic motivations of Hausa Muslim women in Dutse, Jigawa state, Nigeria: evidence from a pilot study." As an exploratory study, a sample of 42 respondents was selected purposively. Chi square statistic was used for data analysis. The findings showed no differences between women's age groups and their philanthropic motivations, sources of giving inspirations and charitable role models. The study concluded, tentatively, that regardless of women's life stage in Dutse, they do not differ in the variables considered, though a more definite conclusion awaits further research. 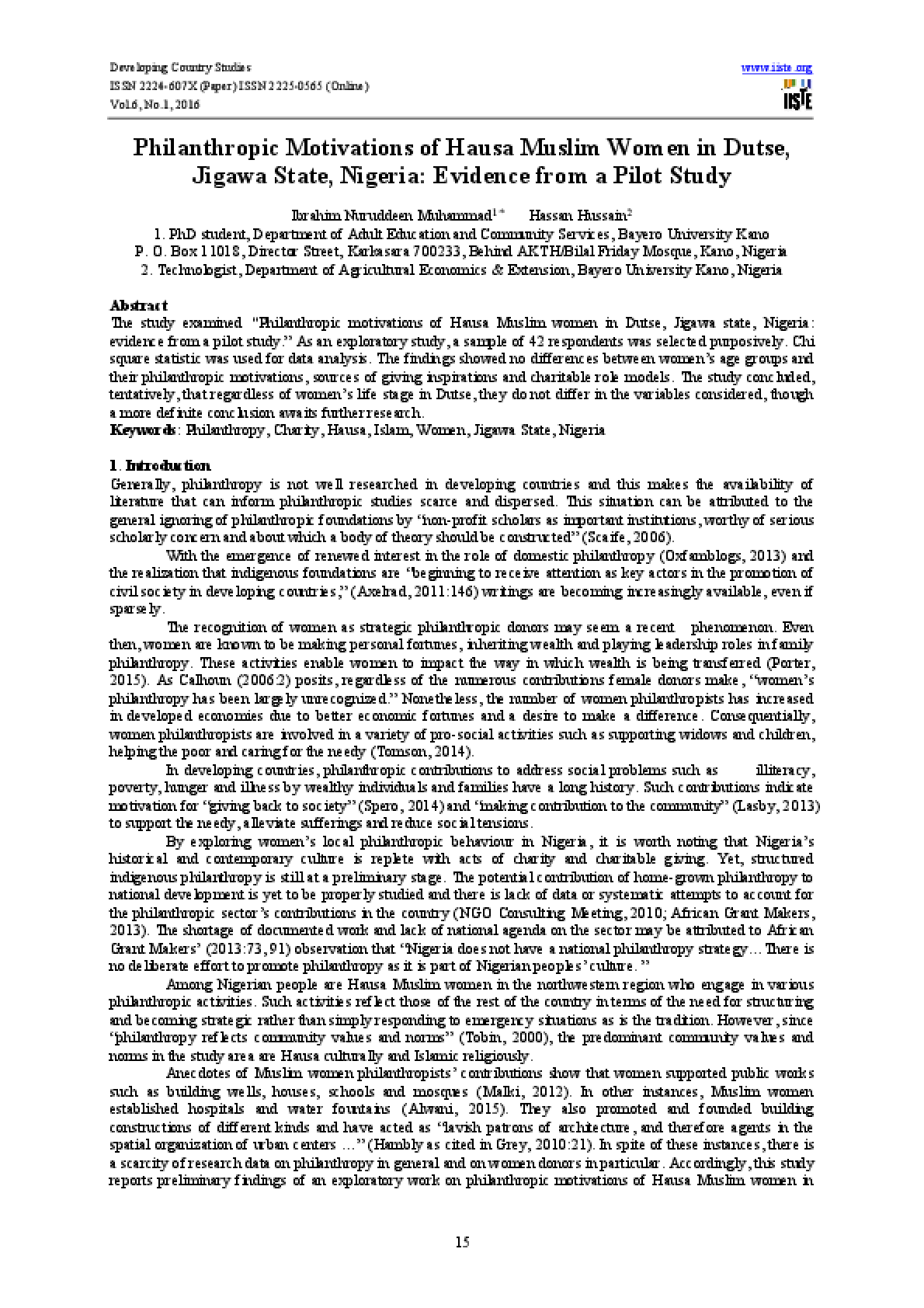