Philanthropy Among Middle Eastern Americans and their Historical Traditions of Giving

This document was part of the Multicultural Philanthropy Project, funded by the W.K. Kellogg Foundation. A series of fourteen guides examine the ways in which various gender, ethnic, cultural, religious and racial groups use their gifts of time, money, and talent. They reflect the ways giving and voluntarism are embedded in American life and challenge the notion that philanthropy is the exclusive province of elites. The guides include discussion topics, research questions, and literature overviews with annotated bibliographies. They were developed both to integrate the study of philanthropy into the curricula at colleges and universities, and to provide a tool to nonprofit professionals in the area of development and fundraising. Each volume provides background information on a selected community that will help practitioners work effectively with these groups. This groundbreaking guide examines philanthropy among Middle Eastern Americans in order to assess the extent and nature of giving activities. It begins with the waves of immigration from the Middle East to the United States, including characteristics and adaptation of major groups. The guide next discusses the history of philanthropy in the Middle East to examine indigenous traditions that form the basis of giving patterns among Middle Eastern Americans. Finally, it includes an annotated list of major Middle Eastern philanthropic organizations active in the United States, categorized to the extent possible, by ethnicity and religion. It will be of particular use to those seeking to understand the extent to which Middle Eastern Americans have begun to build up philanthropic organizations that address their needs in the U.S., the degree these organizations reflect the histories, migration process, and adaptation problems of immigrants, and the ways they differ from the traditional forms in their homelands. The data provided may be used to facilitate dialogue between Arab Americans and other Americans in the post 9/11 world, provide models for new or additional charitable giving among Middle Eastern Americans, and provide information for those seeking to better understand the range of peoples, beliefs and practices of their neighbors from the Middle East. 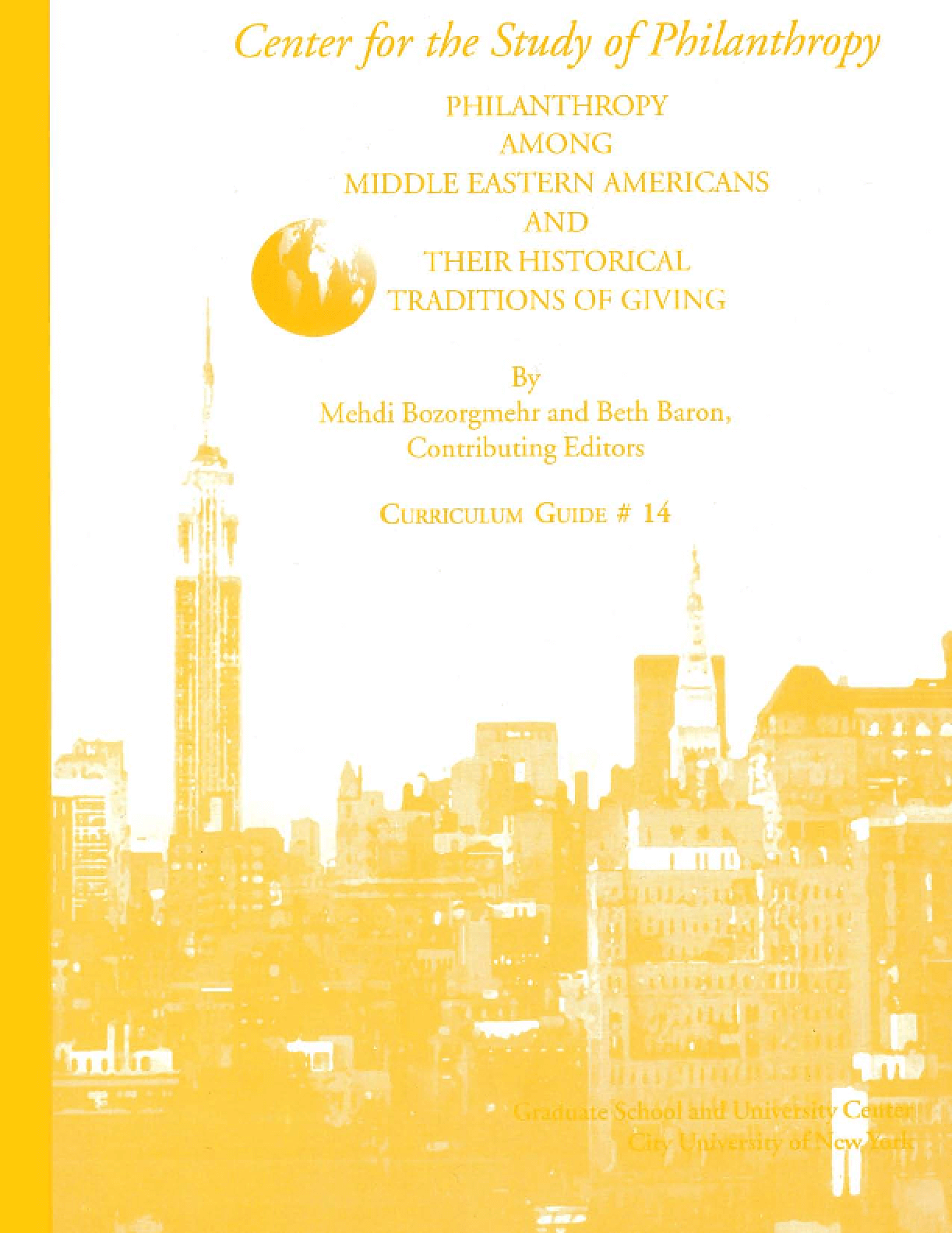