Philanthropy and the Renewal of Democracy: Is it Time to Step Up Our Game?

When Philanthropy Northwest and the Kettering Foundation published the first edition of this booklet in April 2014, the wounds and diseases afflicting our body politic were already causing concern among growing numbers of citizens, including many philanthropists. Our question about whether we in philanthropy should be stepping up our game in our efforts to strengthen democratic institutions and practices was already being answered in the affirmative by a growing number of philanthropists.

That response has intensified as the challenges facing democracy have multiplied in the intervening months. As more of Philanthropy Northwest's members ask how they can contribute to strengthening democracy, we have responded by creating a discussion platform called "Democracy Northwest" and, in cooperation with the Kettering Foundation, revising and updating this monograph.

The 2016 edition features new graphics and other updates reflecting changes in philanthropy and democracy since 2014, as well as a new foreword by Remy Trupin, Philanthropy Northwest's Advocacy Catalyst Fellow. 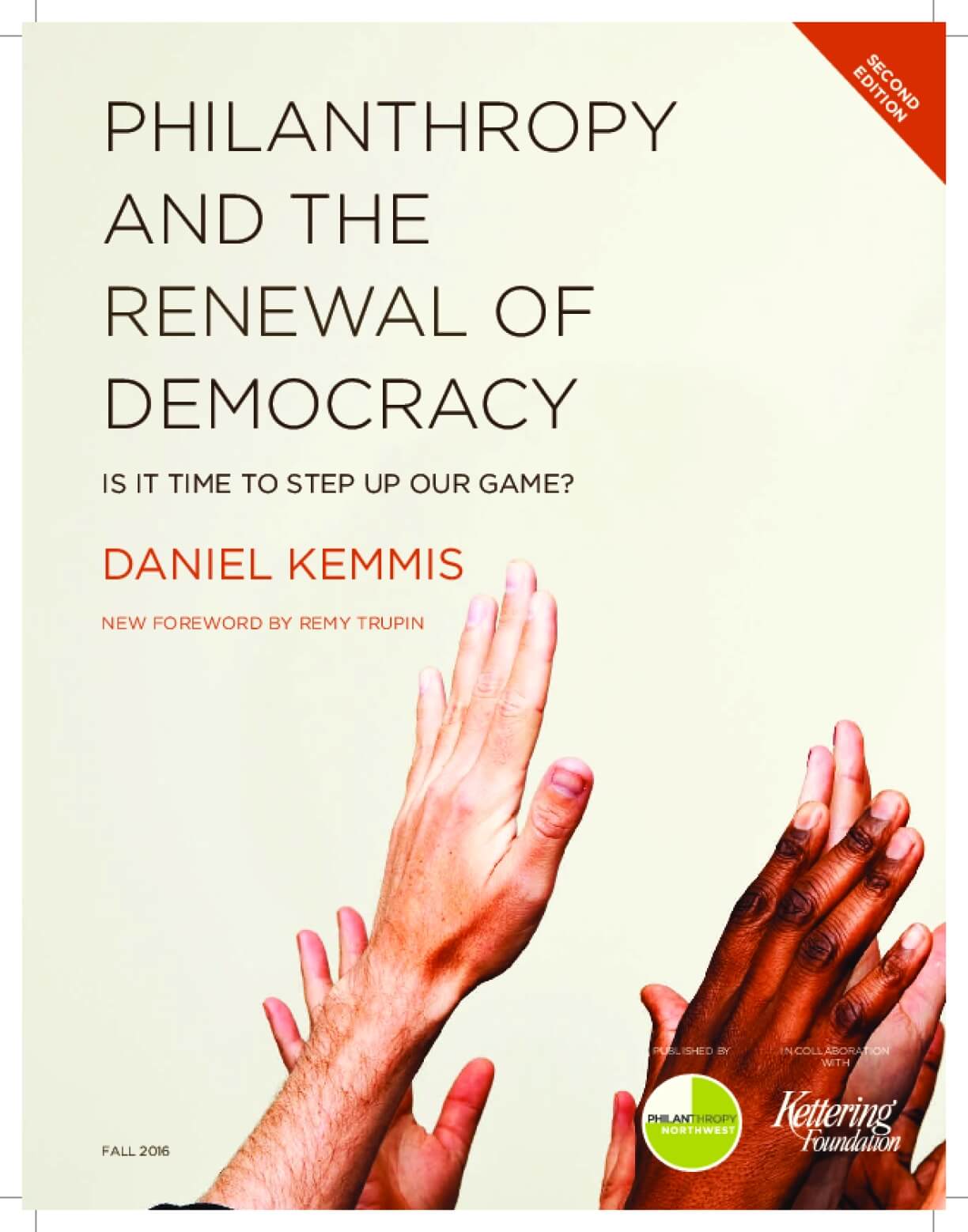