Philanthropy in Asia: Working Paper No.4 The Emergence of Chinese Women Philanthropists in Singapore, 1900-1945: The Sisterhoods of the "Sor Hei"

In the late 19th century, an extraordinary cohort of unmarried women left their native Chinese shores in groups called sisterhoods, to boldly carve out a life for themselves in distant lands. They did this to earn their own money and be mistresses of their own fates.

Many of these brave women were determined not to be forced into marriage and while remaining celibate became Sor Hei, meaning "those who bun up their hair" (the hallmark of married women). In sworn sisterhoods, the Sor Hei found work in the British colonies of Singapore and Hong Kong and became icons in Singapore social history as Samsui por (construction workers) and Amahs (domestic helpers).

This paper briefly examines how these humble women broke new economic and social ground for Chinese women. It explains why they left Canton to live in the British colonies, and how they survived in these alien lands. It also examines the social constructs and networks that they evolved for their own community, as single women living within larger overseas Chinese migrant groups. We also trace how their financial independence enabled them to become among the first Chinese women diaspora philanthropists. 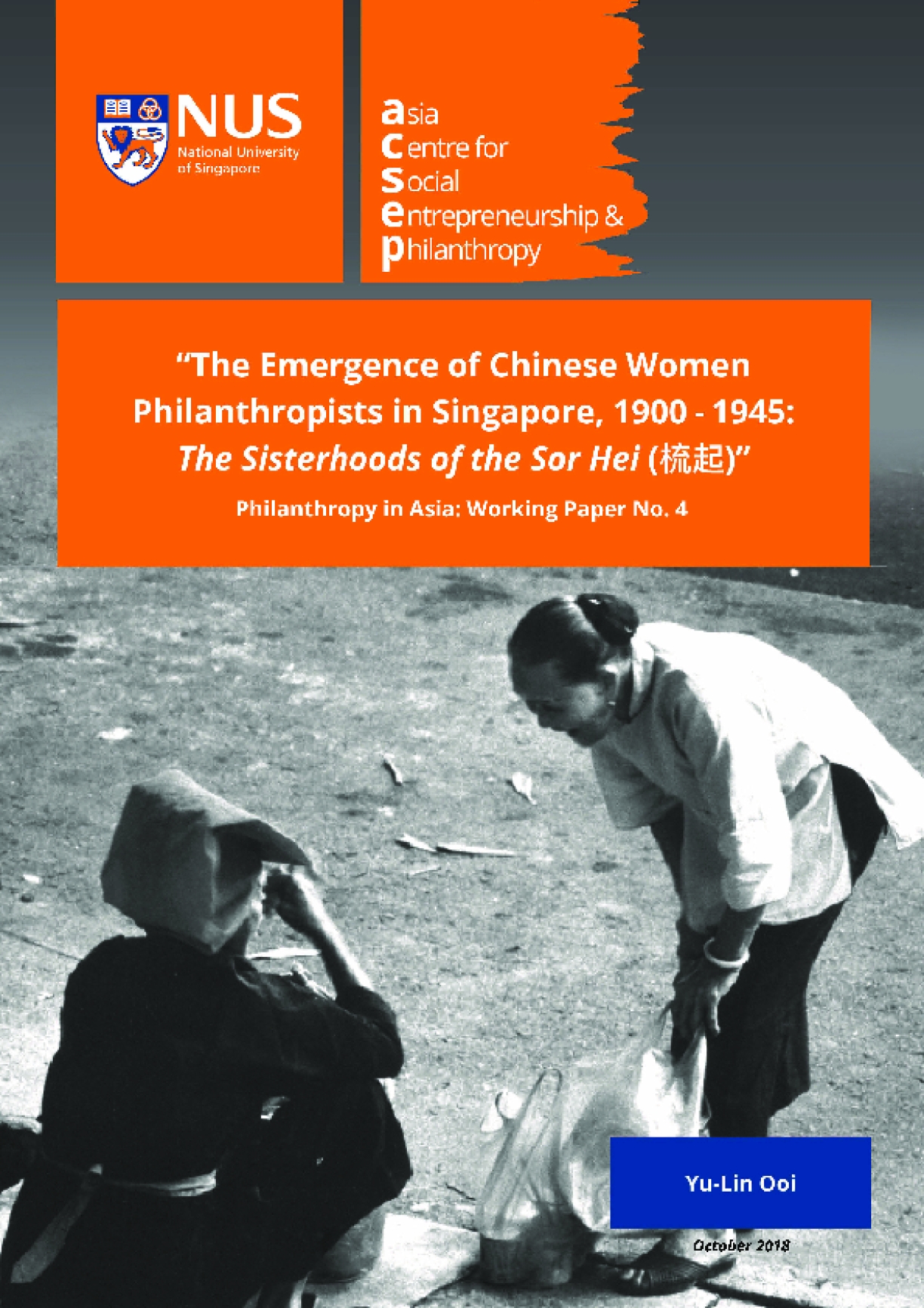