Philanthropy on the First Coast: A Comprehensive Look at Giving and Philanthropy in Metorpolitan Jacksonville

The Gateway City. The River City. The Bold New City of the South. Florida's First Coast. Ours is an emerging community and these changing monikers reveal much about its evolution. In the last quarter of the 20th century, Jacksonville, Duval County, and the counties that surround it began to move away from sleepy Southern traditions as they experienced unprecedented population growth. The influx of newcomers stimulated a new appreciation of the area's natural beauty and resources. And a new global economy triggered exploration of new economic opportunities. Community leaders began to think regionally, recognizing common interests and challenges best met by common effort.

Philanthropy on the First Coast, however, is far from mature:

But philanthropy is gaining traction: 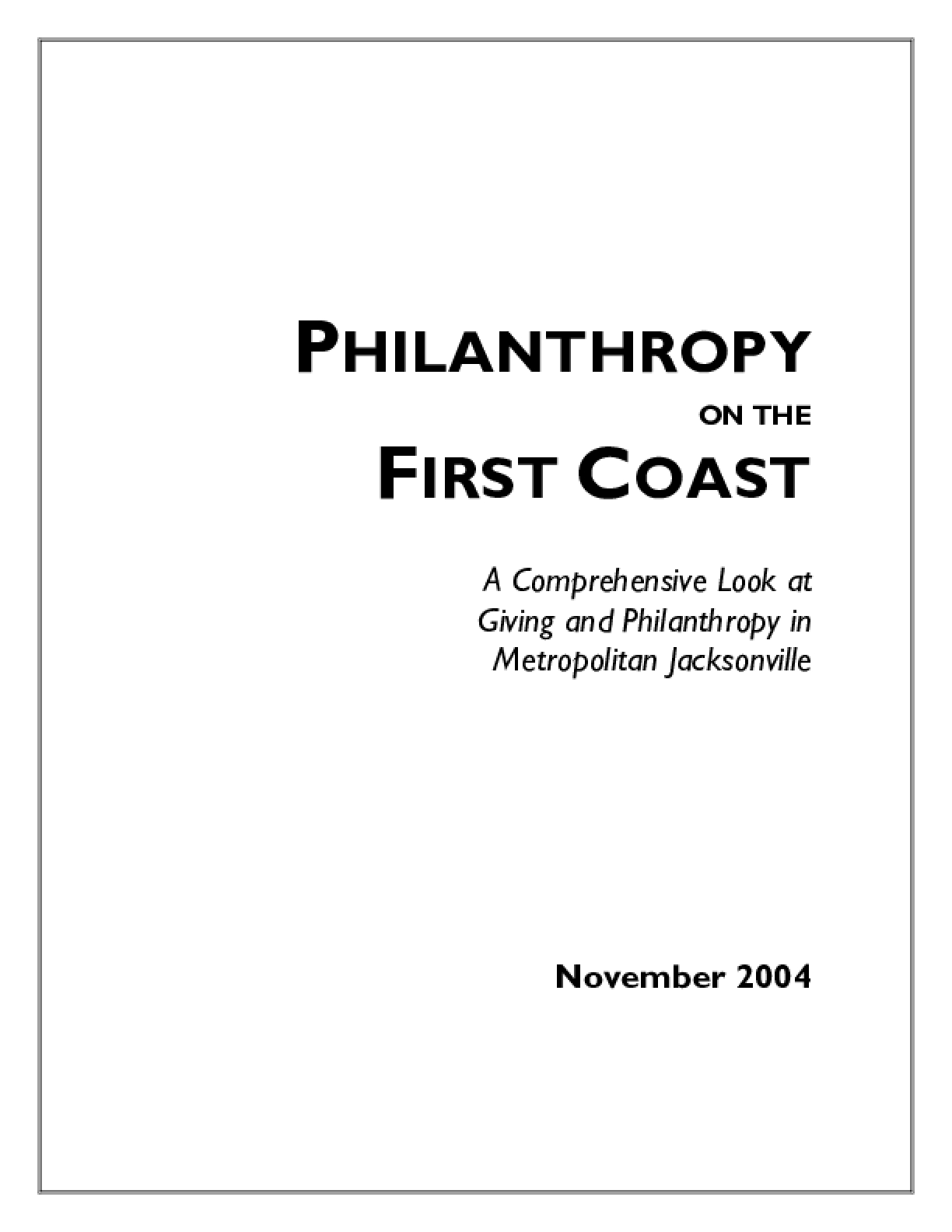