Philanthropy, the Welfare State, and the Transformation of American Public and Private Institutions, 1945-2000

This essay treats the postwar proliferation of nonprofit organizations as part of the emergence of the American welfare state. As leader of the "free world," the United States had to develop tools of economic, social, and political management that would enable it to remain prepared for economic and military mobilization and to maintain domestic economic and political stability. Constrained by deep-seated hostility to "big government," policymakers and legislators devised governmental mechanisms that enabled them to achieve these ends without creating European-style central state bureaucracies. While centralizing revenue gathering (through universalization of income taxation) and policymaking in the federal government, the actual tasks of implementing policies was allocated to states, localities, and private sector actors. Devolution and privatization, though conventionally associated with the conservative revolution of the 1990s, actually describes the fundamental dynamic of American government over the past half-century. This fact is especially evident in the proliferation of nonprofit organizations whose growth in numbers and influence was encouraged by tax policies, grants, contracts, and purchases of service (including such voucher programs as the GI Bill). Inasmuch as privatization actually involves the transfer of government responsibilities to non-governmental entities subvented in a variety of ways by public funds, we must ultimately ask whether this trend represents a reduction in the size of government- or an enormous increase in its scale and scope. 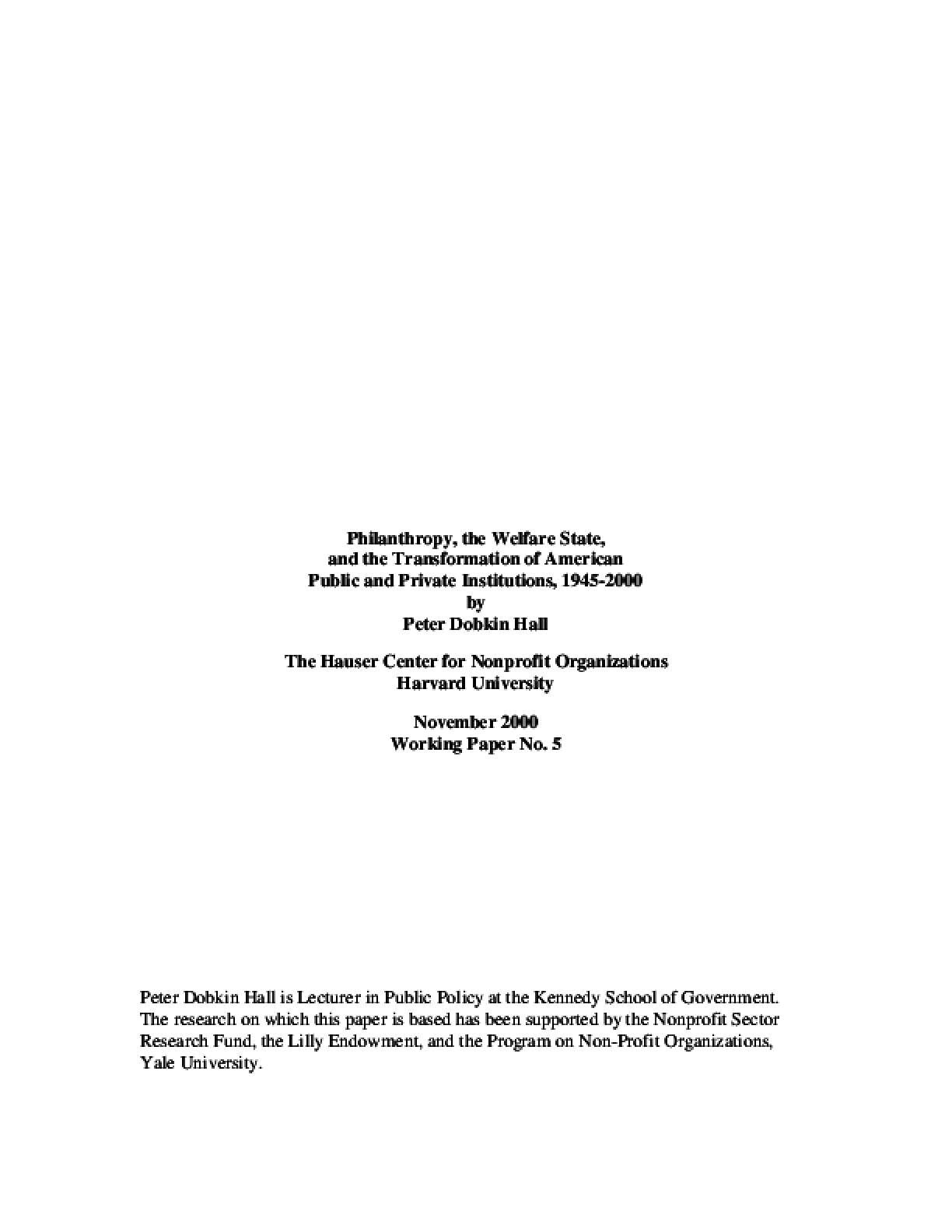