Scientific knowledge of the Pitcairn Islands is based on a series of expeditions from 1825 to 2012. These have been of varying duration and intensity of effort, but the majority have focused on collection trips and inventories of a range of species (plants and animals) from the four islands. In relation to marine species found in the Pitcairn Islands, these expeditions have produced extremely valuable information, although this is inevitably skewed depending on the research effort on the different islands and the focus of previous expeditions (summarised in Irving and Dawson, 2012). There has, however, been no on-going scientific monitoring carried out in Pitcairn's waters, so we have no knowledge of whether or how Pitcairn's marine biodiversity has changed over this period. In 2012, the National Geographic Pristine Seas Expedition to all four islands undertook the first rigorous, quantitative measures of species diversity of algae, corals, and fishes, as well as coral cover, fish abundance, and biomass (at 10- and 20-metre depths). This important study provides a quantitative baseline that can be used as the basis for measuring changes in the marine environment over time. This is particularly important should a marine reserve be established, because it provides a "pre-reserve" baseline against which future management can be judged. (Maps of the 96 monitoring sites are included in Appendix A.) The combination of isolation, endemism, near-pristine status, and variations among the four islands—along with the relatively limited amount of research and the 2012 baseline data—provides an extraordinary opportunity to develop a more cohesive research plan linked to the establishment of a marine reserve. 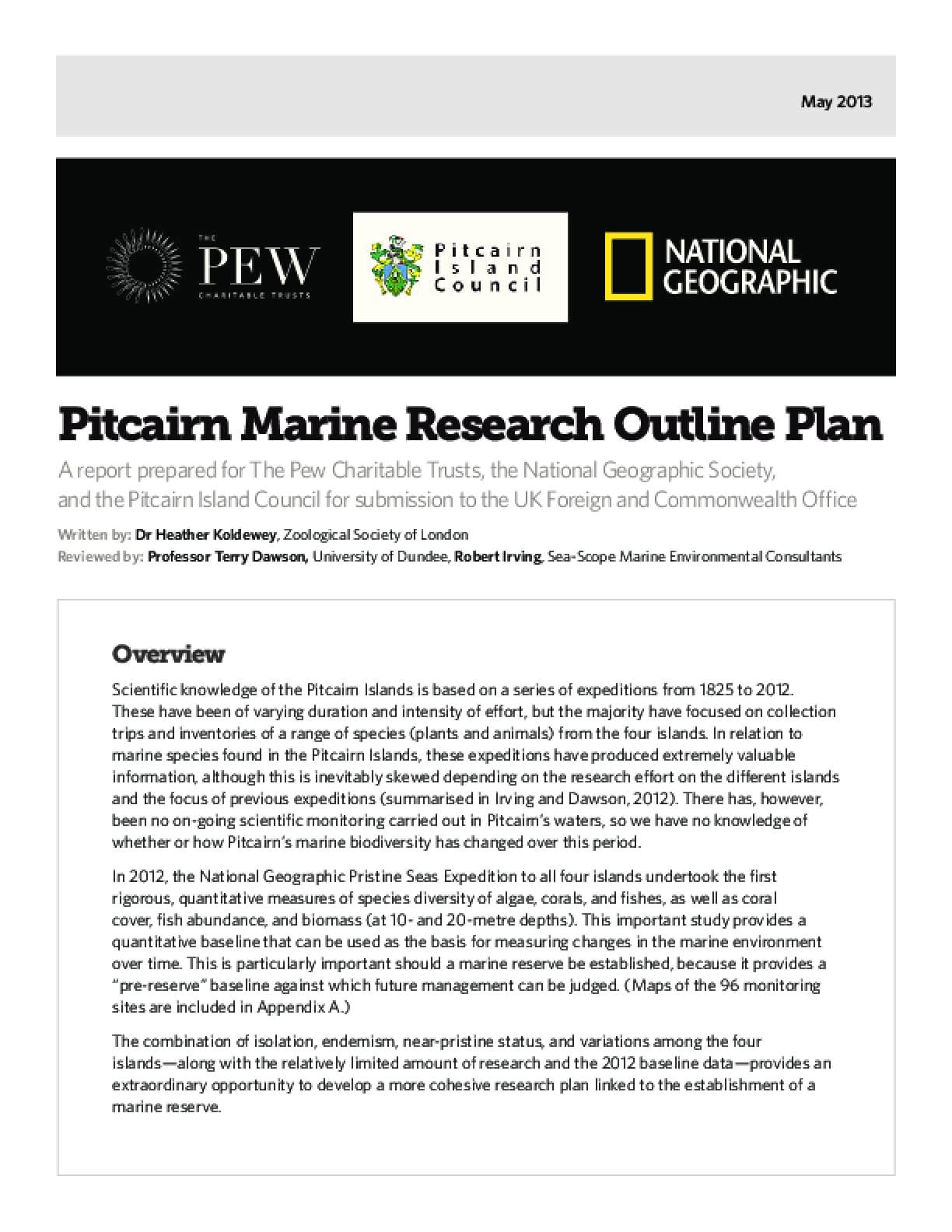