A Place to Stay, A Place to Live: Challenges in providing shelter in India, Indonesia, and Sri Lanka after the tsunami

On 26 December 2004, an earthquake off the Indonesian island of Sumatra triggered a tsunami that hit the coasts of Indonesia, Sri Lanka, India, Thailand, the Maldives, Malaysia, Burma, the Seychelles, and Somalia. Within the space of a few hours, the giant waves devastated thousands of kilometres of coastline and the communities that lived there. While the final death toll will never be known, official estimates indicate that at least 181,516 people perished and 49,936 remain missing. It was the world's most severe natural disaster since the East Pakistan hurricane of 1970. A further 1.8 million people were displaced into temporary camps or took refuge with communities that were unaffected. In recent times, only war, famine, and epidemics have caused more destruction. 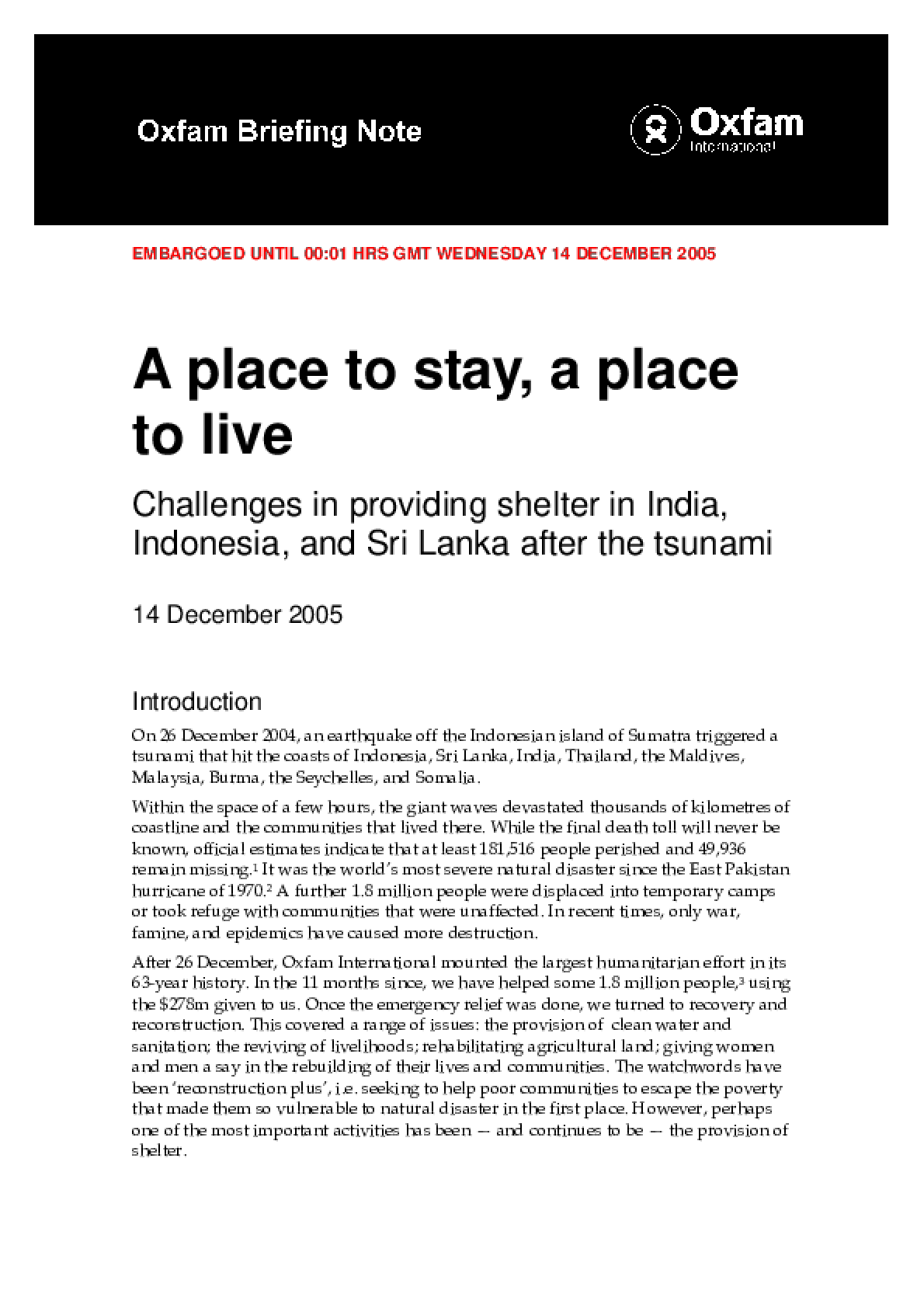