Platinum-Plated Pensions: The Retirement Fortunes of CEOs Who Want to Cut Your Social Security

In the current budget debate, the loudest calls for Social Security cuts are coming from two lobby groups led by CEOs who will never have to worry about their own retirement security.

Fix the Debt is a PR and lobby machine launched in 2012 and led by more than 135 CEOs of major corporations. Seeking broad public support, this campaign has publicly couched their calls for reduced spending in vague euphemisms like "protecting and strengthening Social Security."

The Business Roundtable, a 40-year-old association made up of about 200 CEOs of America's largest corporations, has not attempted to sugarcoat their draconian agenda. They are calling for an increase in the Social Security retirement age to 70 and a change in inflation calculations that would further reduce benefits.

Meanwhile, Business Roundtable and Fix the Debt CEOs are sitting on massive nest eggs of their own. This report, co-published by the Center for Effective Government and the Institute for Policy Studies, focuses on the retirement funds of Business Roundtable members, but the two groups have considerable overlap. More than half of the Roundtable's Executive Committee members and a quarter of their total members are affiliated with Fix the Debt. 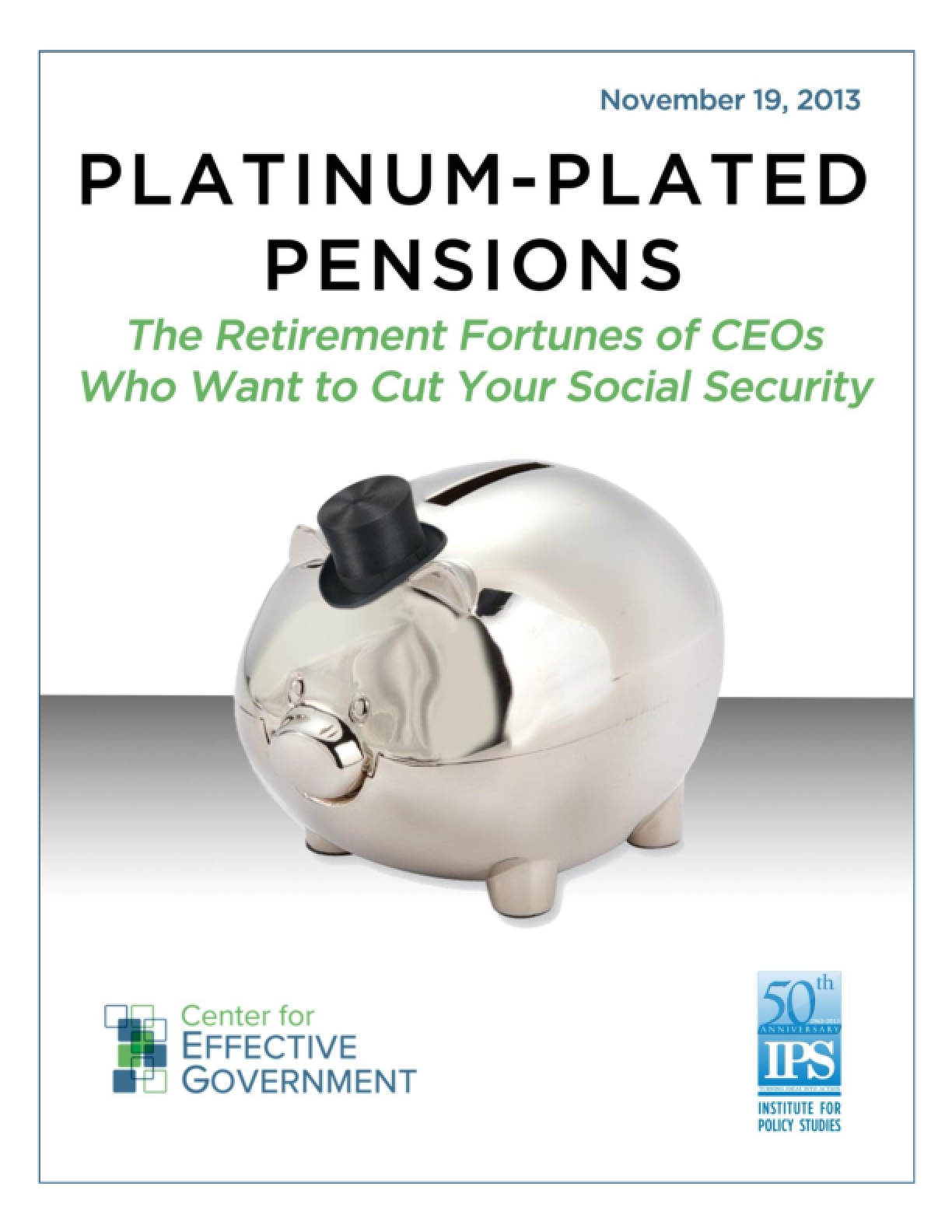