If Louisiana were a country, it would have the second-highest incarceration rate in the world, behind only Oklahoma. In 2017, the state Legislature enacted long-overdue sentencing reforms to reduce the number of people in prison. Though laudable and necessary, the 2017 legislation is expected to reduce Louisiana's prison population by at most 10percent. It is therefore only the first of many reforms that are needed to shrink Louisiana's bloated prisons.

Sentencing occurs at the end of the criminal justice process, after the accused individual has been apprehended and adjudicated. Policing occurs at the beginning of the process. An officer's decision of whom to stop, cite, and arrestis the gateway to the rest of the system.

Yet Louisianans know shockingly little about police activities in the state – even when compared to other parts of the criminal justice system. The Louisiana Department of Public Safety and Corrections, for example, publishes quarterly updates on all prisoners placed under its jurisdiction, including their sex, race, convictions, and information about their physical and mental health.

Without better data, Louisiana will not be able to evaluate whether or how its law enforcement officers contribute to the state's astronomical incarceration rate and what reforms should be prioritized. Police will not be able to improve their performance or refute criticisms that their practices unfairly target certain groups or that misconduct persists across an entire department. And communities will remain in the dark about how public servants who are licensed to use force carry out their duties. 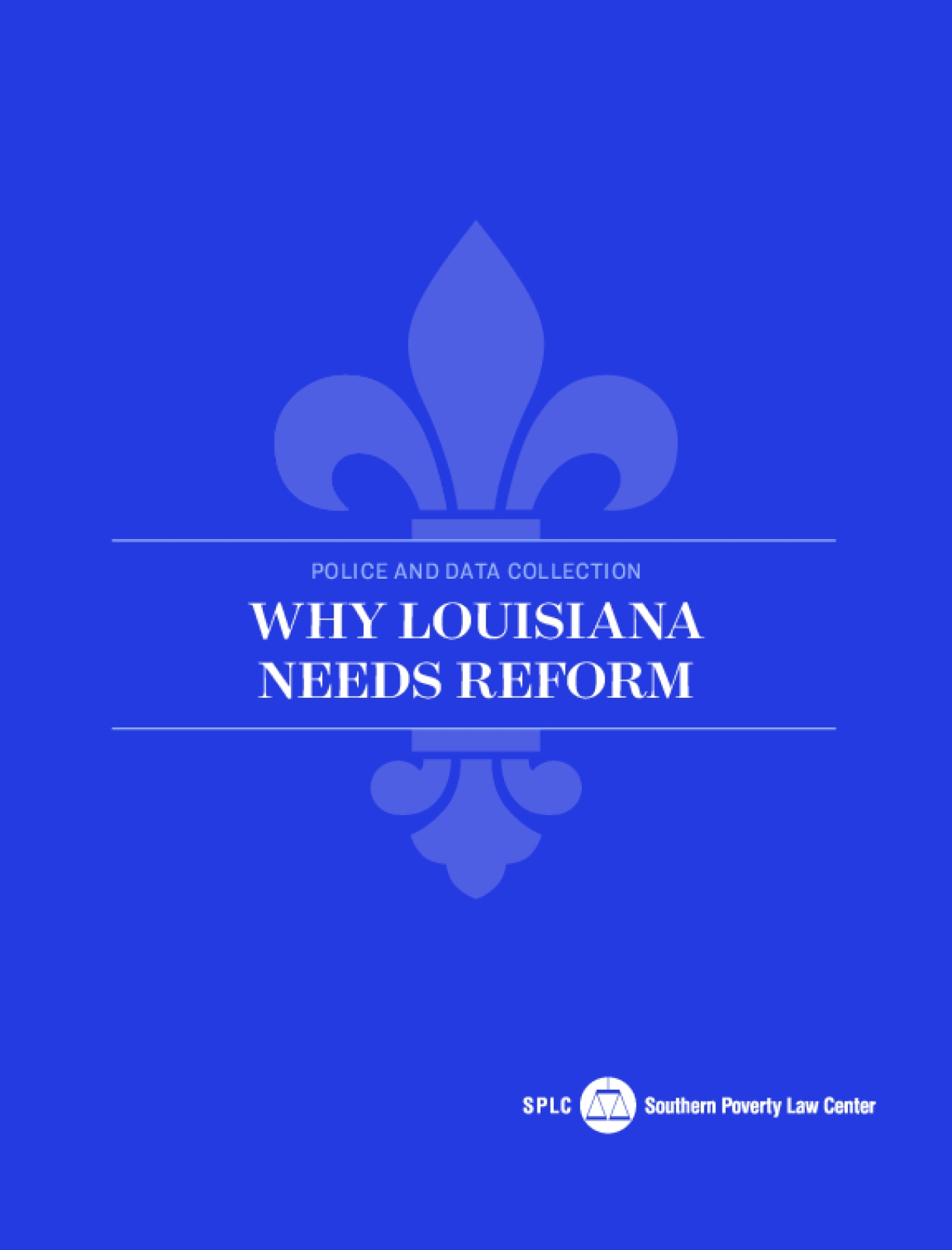