Police Body Cameras: What Have We Learned Over Ten Years of Deployment?

Rarely has a police technology been adopted as rapidly as body-worn cameras (BWCs) have in the past ten years. Thereare a host of reasons why body cameras became popular, including increasing internal accountability, enhancingtransparency, facilitating investigations of citizen complaints, as well as its uses for officer safety training.

In January of 2020, the National Police Foundation (NPF), in partnership with Arnold Ventures, co-sponsored a one-dayconference, "Police Body-Worn Cameras: What Have We Learned Over Ten Years of Deployment?" This forum explored what we have learned about body cameras— both through scientific research and law enforcement practice—in the years since their deployment, as well as considerations for future implementation. The conference featured presentations by prominent researchers in the field and discussions with police executives based on their experience with body camera programs in their agencies. 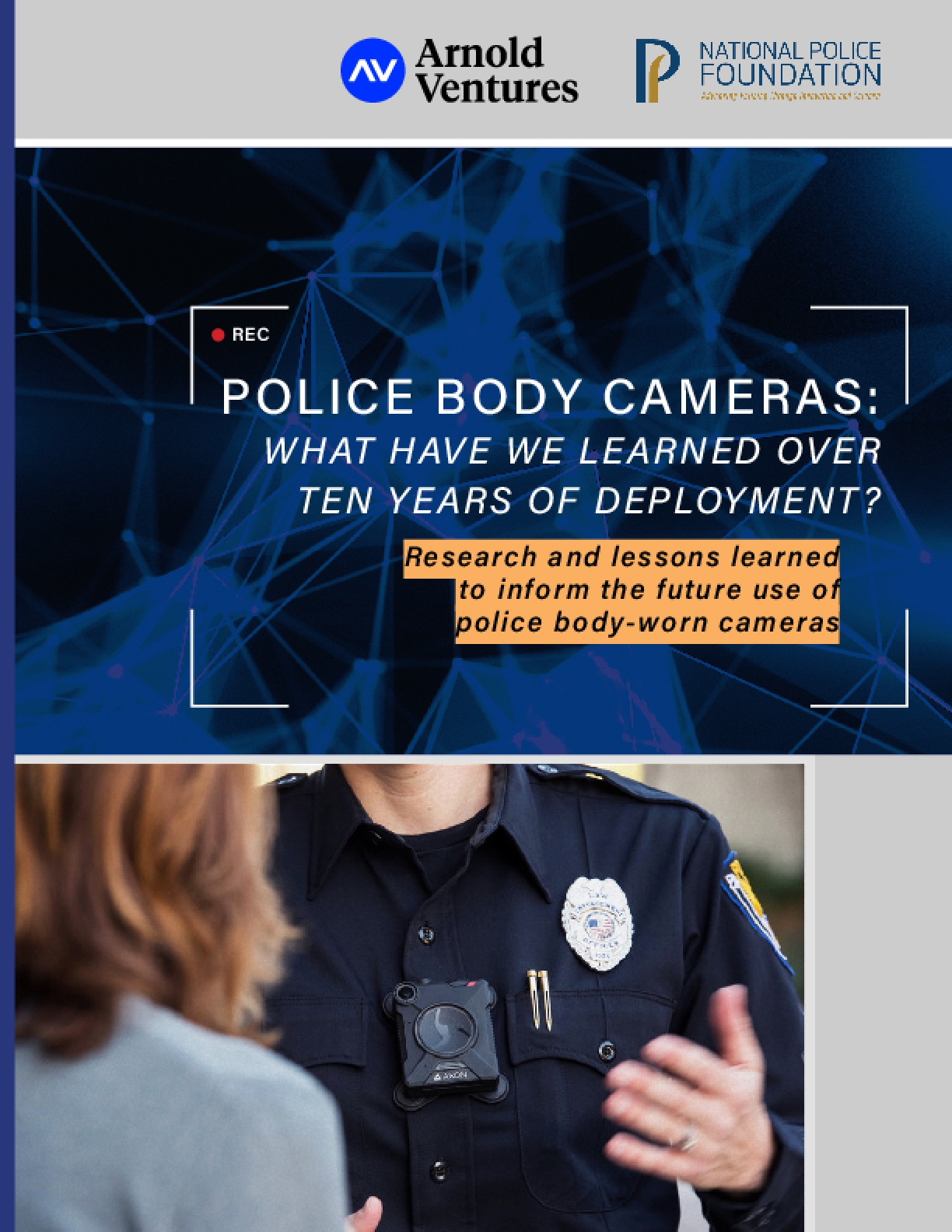