This report focuses on just one aspect of the cost and profits of policing—the use of borrowingto pay for police-related settlements and judgments. This report serves to uncover the lengths that municipalities have gone to hide both how the costs of police violence and who profitsfrom it. In our research, we found that cities and counties across the United States issue bonds topay for police brutality settlements and judgments. The cities range from giant metropolises such as Los Angeles to smaller cities like Bethlehem, Pennsylvania. Our report includes details on police brutality bonds in twelve cities and counties, including five in-depth case studies: Chicago, Los Angeles, Milwaukee, Cleveland, and Lake County, Indiana. 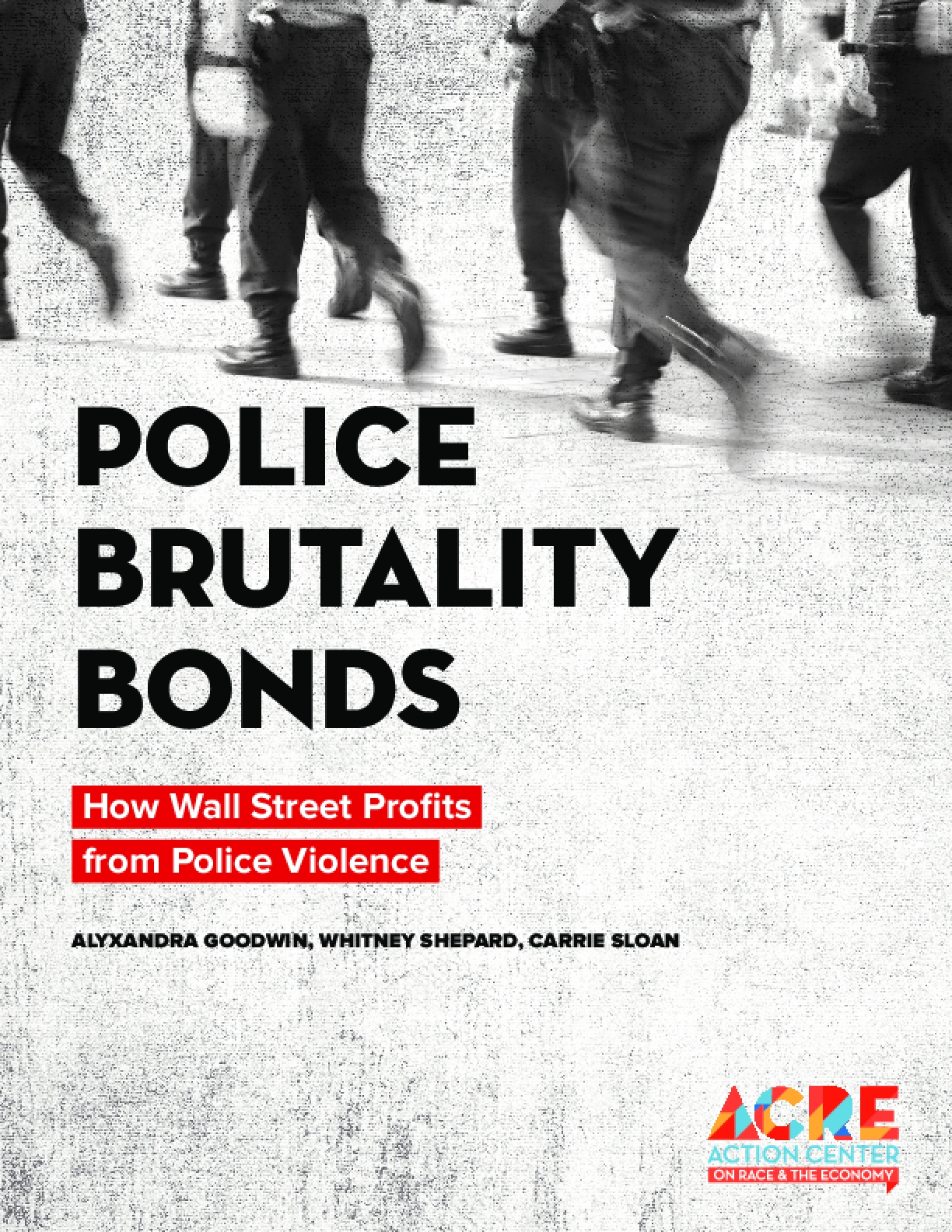