Police in Schools Are Not the Answer to School Shootings

We are reissuing Police in Schools are Not the Answer to the Newtown Shootings, an issue brief that our organizations released in the wake of the shooting at Sandy Hook Elementary School in 2012. At the time, many of the responses to the shooting focused on placing more police officers and more guns in schools. Research and the experiences ofcountless students, teachers, and parents have taught us that while these proposals may create the appearance of safety, the actual effects wreak havoc on school culture and fuel the school-to-prison pipeline. After Newtown, we urged lawmakers at the local, state, and national level to resist policies that would turn even more schools into hostile  environments where students, especially Black and Brown students, are more likely to be arrested, harassed, and assaulted by police. Five years later, in the wake of the tragic Parkland shooting, we have yet again seen calls tomilitarize and weaponize our schools, despite no evidence that these policies will protect our students. Our position remains the same: proposals that increase the presence of police, guns, and other law enforcement approachesto school safety should not be the response to school shootings. 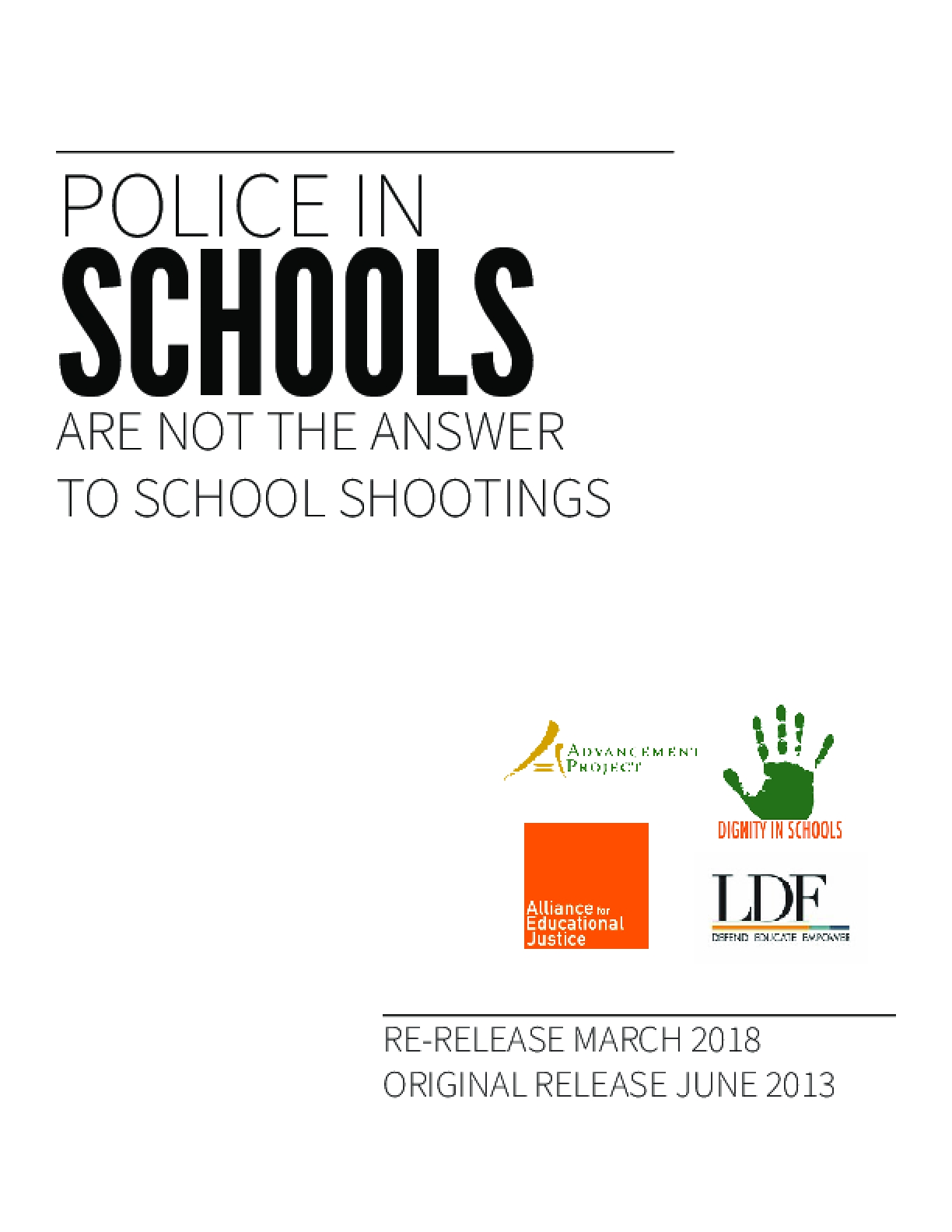