Police union contracts and statewide Law Enforcement Officer's Bill of Rights laws have created a system ofprotections for police officers that amount to an alternate justice system, creating significant legal and structural barriers to accountability, transparency, and fairness. Of at least 4,024 people killed by police since 2013, only 85 of these cases have led to an officer being charged with a crime. Only 6 cases have led to convictions – fewer than 0.2% of known police killings. Data from some of America's largest police departments show that officers who commit misconduct rarely face administrative consequences, either. It is not surprising that police officers are rarely, if ever, held responsible for their behavior, as the combination of provisions in police union contracts and Law Enforcement Officer's Bill of Rights constitute de facto immunity from liability.

Collective bargaining agreements (i.e. contracts) are simply meant to allow due process: employees negotiate with an employer over matters of working conditions, compensation, benefits, and performance management as a group, thus increasing the employee's collective bargaining power. These agreements are meant to ensure that workers are treated fairly, with dignity and respect. They are not meant to denyother citizens fairness, dignity and respect.

But that is exactly what police union contracts have done.

Police unions across the country have used the collective bargaining process to circumvent basic tenets ofaccountability, transparency, and fairness. In short, as a result of these contracts police officers operate bya completely different set of rules. In many cases, the problematic clauses contained within these contractsappear harmless on the surface but, as our analysis shows, they impose severe restrictions on the ability of police departments and civilian oversight structures to hold officers accountable for police violence. 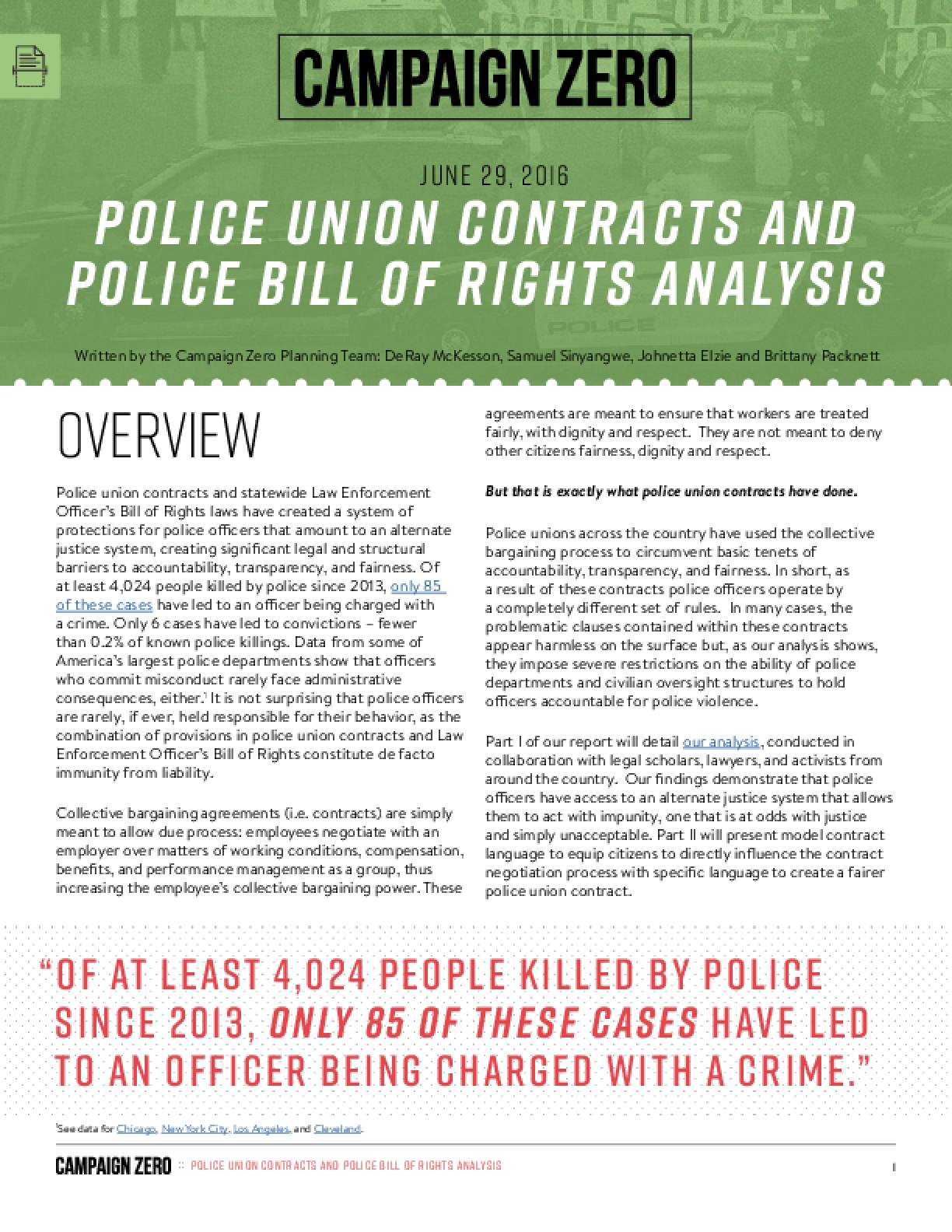