Recognizing that systemic change can only be achieved through comprehensive action, Campaign Zero proposes ten categories of policy solutions to end police violence in America. Among these, the policies that govern how and when officers are allowed to use force against civilians requires immediate attention and intervention. The police killed over 600 people in America in the first seven months of 2016, enabled and protected by laws and policies that allow police to use force, both deadly and otherwise, with little to no accountability.

Police violence is distributed disproportionally, with black people being 3x more likely to be killed by police than their white counterparts. This violence, in practice, is justified by legal and administrative policies that govern how and when police can use force against civilians. In theory, police departments establish rules regarding the use of force,which include the expectation and power to discipline officers who fail to uphold the department's standards.

Instead, many police departments fail to establish common sense restrictions on police use of force – including deadly force – that would actually benefit the communities they are supposed to protect and serve. According to our findings, fundamentally changing use of force polices can dramatically reduce the number of people killed by police in America. 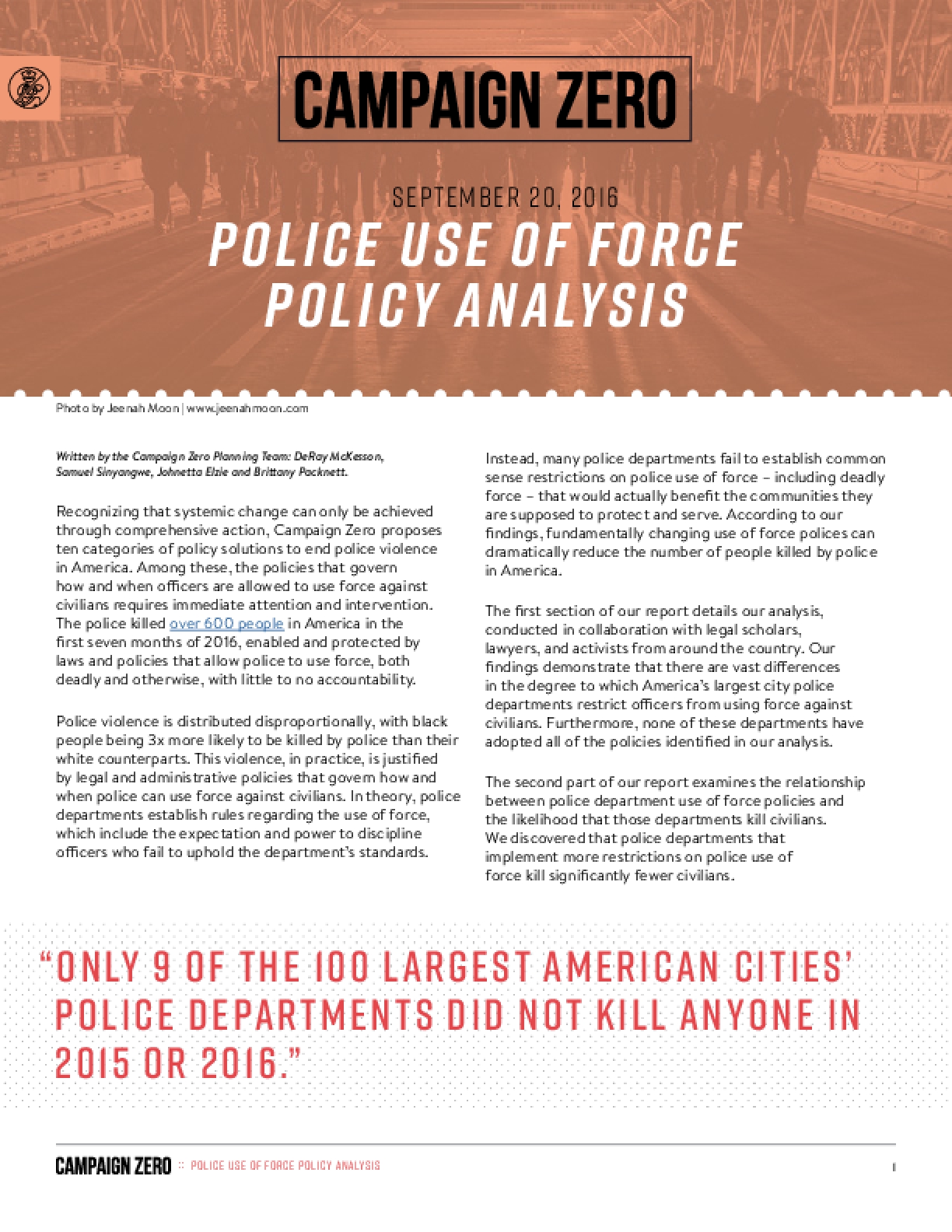