Policies for Cooperative Ownership in the Digital Economy

The past decade gave rise to the so-called 'gig economy'—a cluster of service sector jobs contingent workers fulfill through digital platforms. Firms like Uber, TaskRabbit, and GrubHub established themselves as two-way intermediaries between workers and customers with the promise of revolutionizing work itself. While the gig economy has provided some convenience and savings to customers and flexibility to workers, the rise of the gig economy has also been disastrous. Using legal loopholes, well-funded lobbying efforts, and publicity campaigns, platform companies have eroded labor protections, worsened environmental conditions, and undermined public services. In contrast to the early, high-minded dreams of a 'sharing economy,' the gig economy is in effect defined by precarity and exploitation.

On the one hand, these problems have been exacerbated by the Covid-19 crisis. Gig workers were on the frontline of the emergency, delivering groceries, cleaning supplies, and preparing food. They were, however, also the workers who were most exposed to the economic dislocation of the pandemic.

On the other hand, effective government response has caused a tightening labor market that leaves some platforms without a sufficient supply of cheap labor. The promise of tech companies was that they would become hegemonic service providers, and thus their losses would be justified with long-term profits. Many of these already unprofitable firms face a real danger of failure just as their aggressive expansion has weakened public infrastructure, leaving vital gaps in essential services.

Our report provides a path forward at this critical juncture: the active promotion of platform cooperatives. Platform cooperatives are democratically-governed organizations owned by workers, customers, and other stakeholders. These entities match workers and customers and return a greater share of income to workers, increase worker protections, and build communities. Though still early in their development, platform cooperatives build on the proven business models of cooperatives to establish alternatives to the gig economy and its supporting digital infrastructure.

Platform cooperatives are critical to creating a fairer economy and building back better from the pandemic. However, they require active government intervention to be able to compete with well-funded and established private platforms.

This report suggests that governments on every level, from national to municipal, can take measures to empower platform cooperatives. 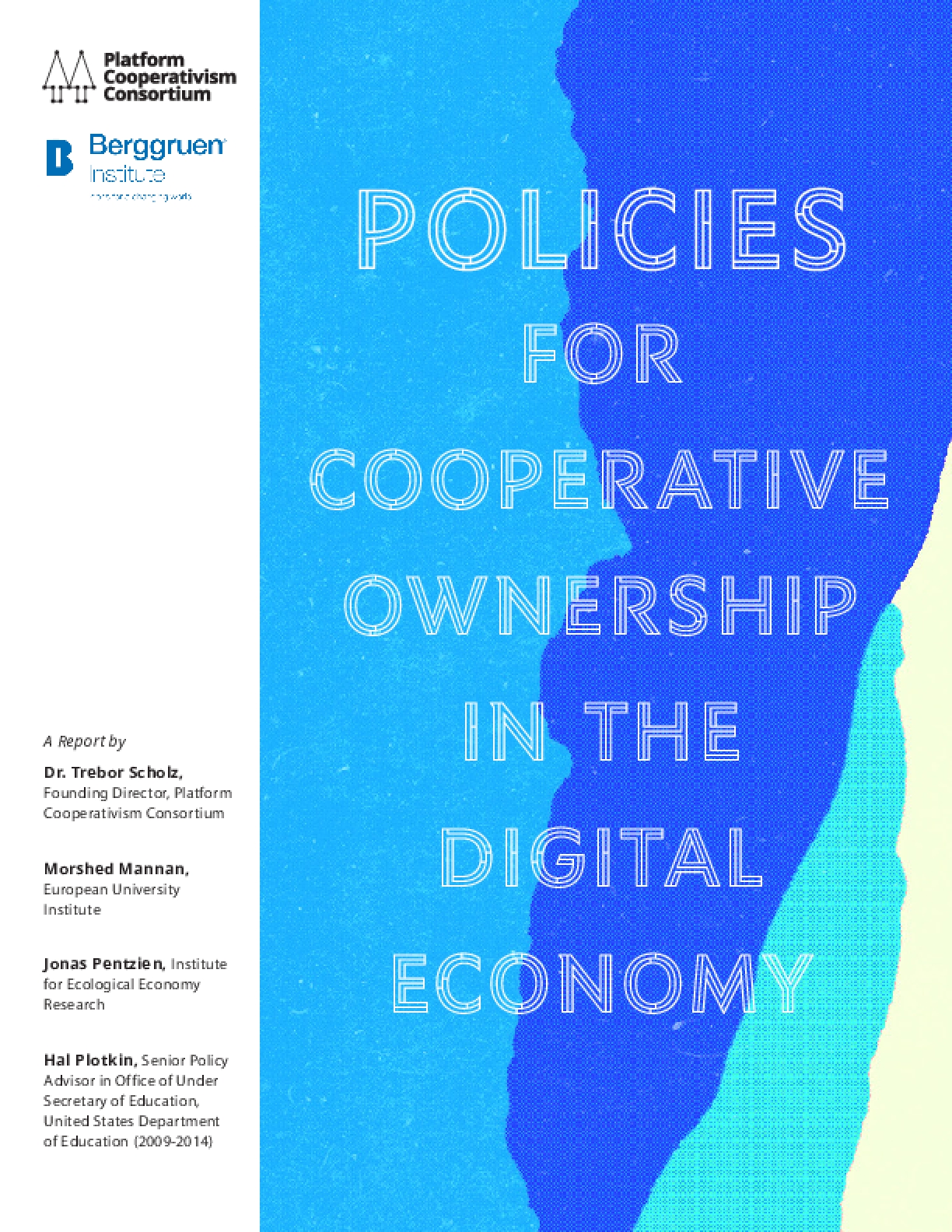