Women are increasingly visible in politics around the world but there is still a yawning gap in their political representation compared with men. In Myanmar, gender inequality and women's rights are major challenges across economic, social and political spheres. Myanmar's historic election in November 2015 saw a big increase in the numbers of women candidates and women MPs elected to parliament: the new government has nearly three times the number of women MPs than the previous one. But with close to 10 percent of elected parliamentary seats held by women, Myanmar is still the worst performer in the region for representation of women in parliament. 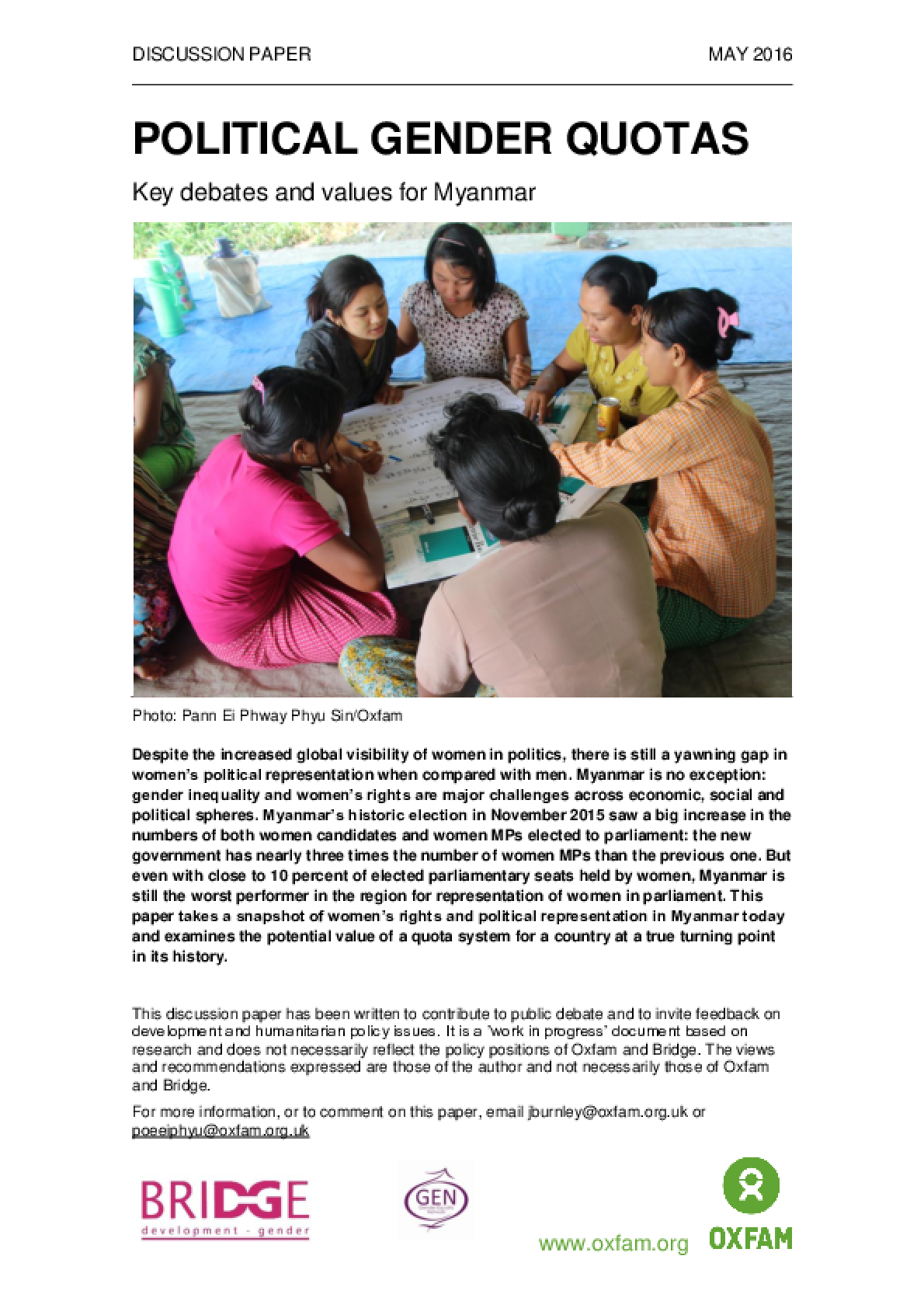