Political Influence Efforts in the US Through Campaign Contributions and Lobbying Expenditures: An Index Approach

Efforts by private-sector entities, nongovernment organizations, and other interest groups to exert political influence are pervasive in American politics, as they are in Australia, Canada, France, the United Kingdom, and other high-income democracies. Such efforts are also found in more autocratic societies such as China and Russia. However, legalized forms of political influence such as campaign contributions and lobbying efforts are more widespread in well-established democracies such as the United States.

Importantly, efforts to influence political and administrative decisions can be good or bad, but either way, understanding the extent to which individual sectors of the economy engage in efforts to affect policy and regulatory initiatives is of interest. In this report, using publicly available information on federal campaign contributions and lobbying expenditures associated with individual sectors of the economy, we construct a set of political influence effort indexes for 60 sectors of the United States economy.

The indexes are estimated using publicly available data, compiled by OpenSecrets from public sources, on federal campaign contributions and expenditures on lobbying efforts, divided by each sector's gross value of output, for each year from 2003 to 2020. Thus, for each sector in each year, we obtain an estimate of the dollars spent on political influence efforts at the federal level per million dollars of sector gross output. Index values are obtained by dividing each sector's outlays by average outlays per million dollars of output among the entire 60 sectors (that is, total spending on campaign contributions and lobbying divided by total output for all 60 sectors). An index value of one for a given sector indicates that the sector's efforts to exert political influence through lobbying and campaign contributions are representative of economy-wide efforts. A value of two indicates that a sector is investing twice as much as the average amount among all industries; an index value of 0.5 indicates the sector's expenditures are half the average amount 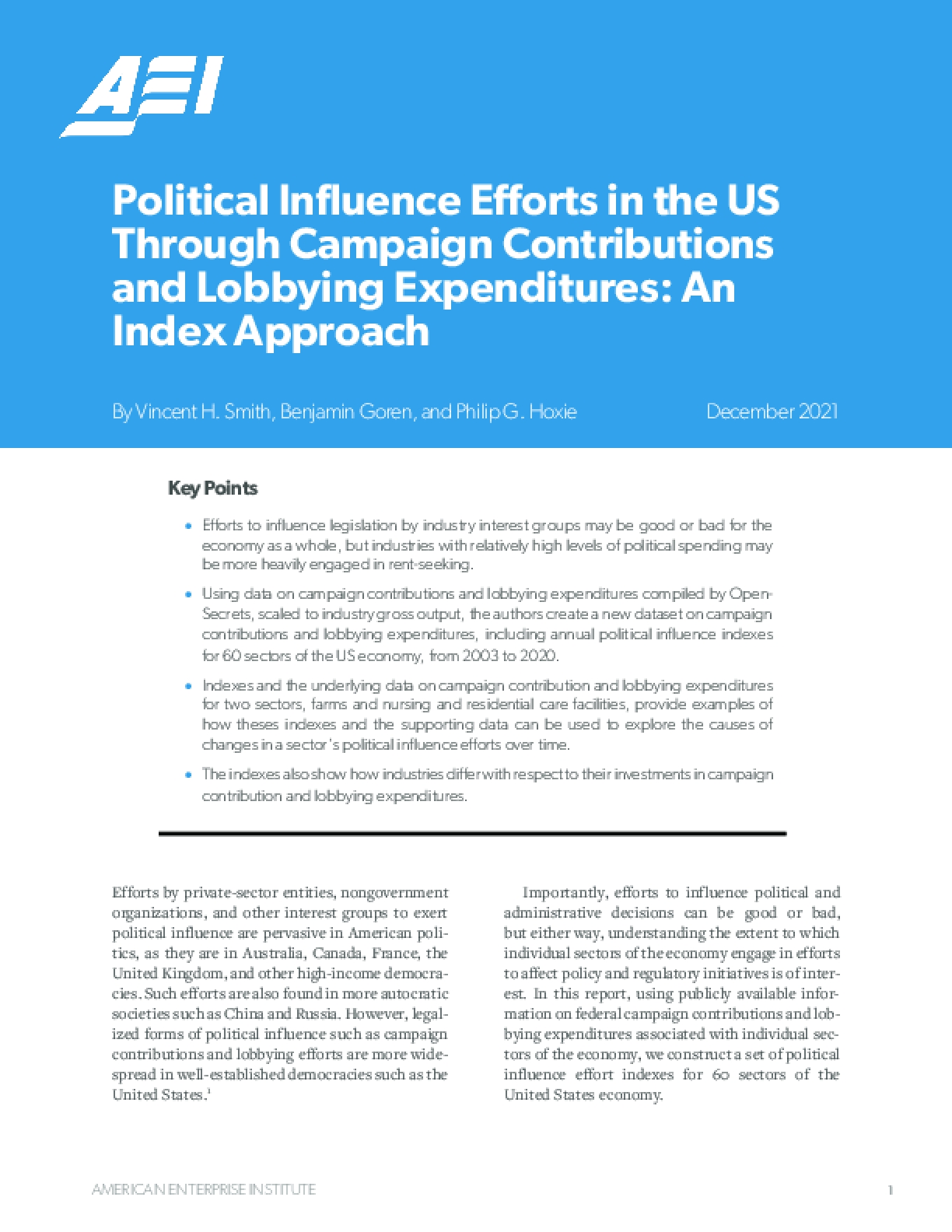