When it comes to getting news about politics and government, those with consistent liberal or conservative views have information streams that are distinct from individuals with mixed political views -- and very distinct from each other, according to a report by the Pew Research Center. The MacArthur-supported research examines the media habits of those at the furthest left and right of the political spectrum, who together comprise about 20 percent of the American public. It finds consistent conservatives tend to trust and rely on a single news source more than others: Fox News. Conservatives are also more likely to distrust other news sources, and more likely to have friends who share their own political views. Consistent liberals, by contrast, rely on a greater range of news outlets, tend to trust more news outlets, and are more likely to block someone on a social network -- as well as end a friendship -- because of politics. 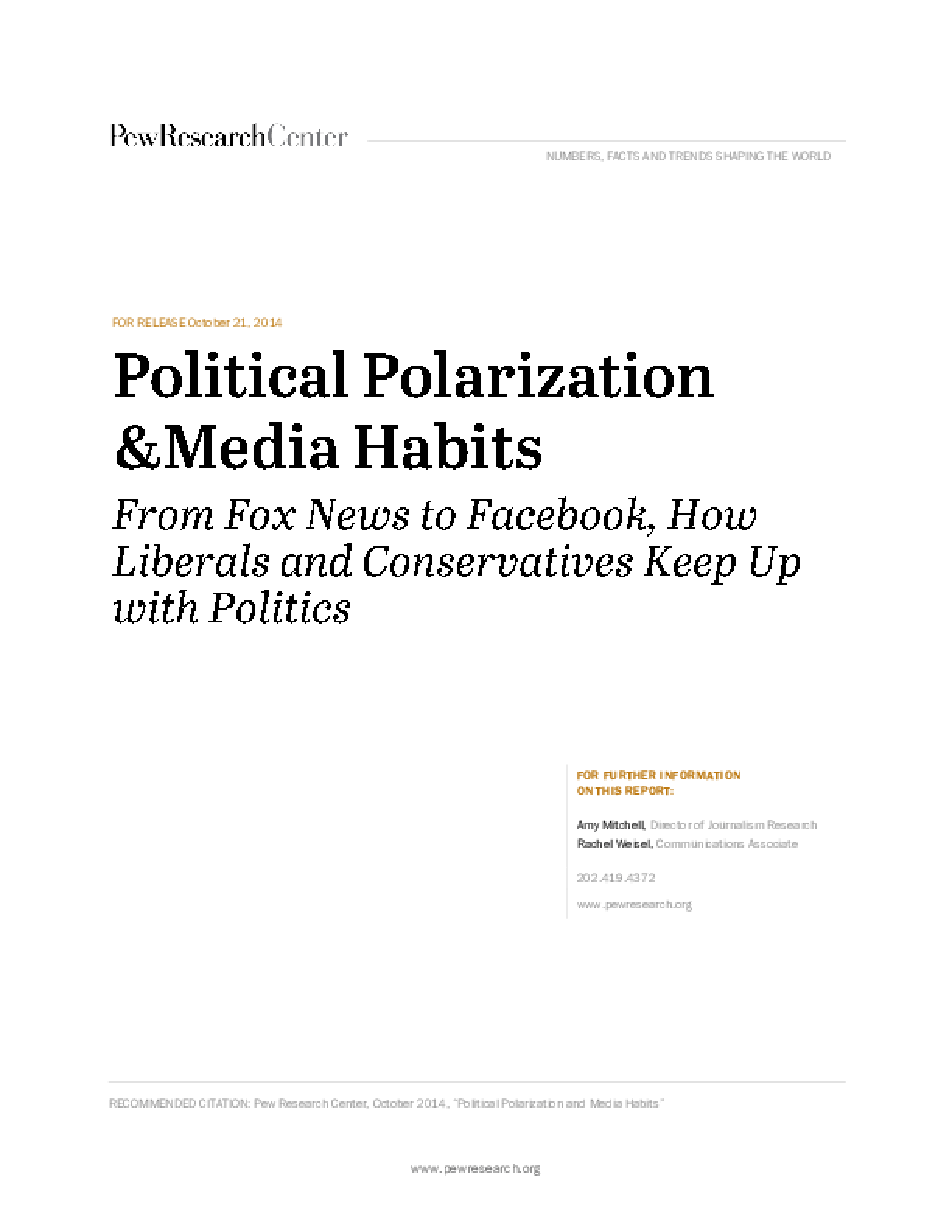