As China's demand for energy grows, so does its dependence on imported oil. Currently, over 40 percent of China's total oil consumption derives from foreign sources making a supply disruption of the oil import routes an unthinkable blow to its national economy. Oil supply security has thus become the contemporary imperative and has raised a number of critical questions. Will oil be used as a weapon against China by exporters? Will a shortage or undersupply of oil resources lead to energy wars between China and other major importers such as the United States and Japan? Politicians and scholars must think hard about these critical issues. 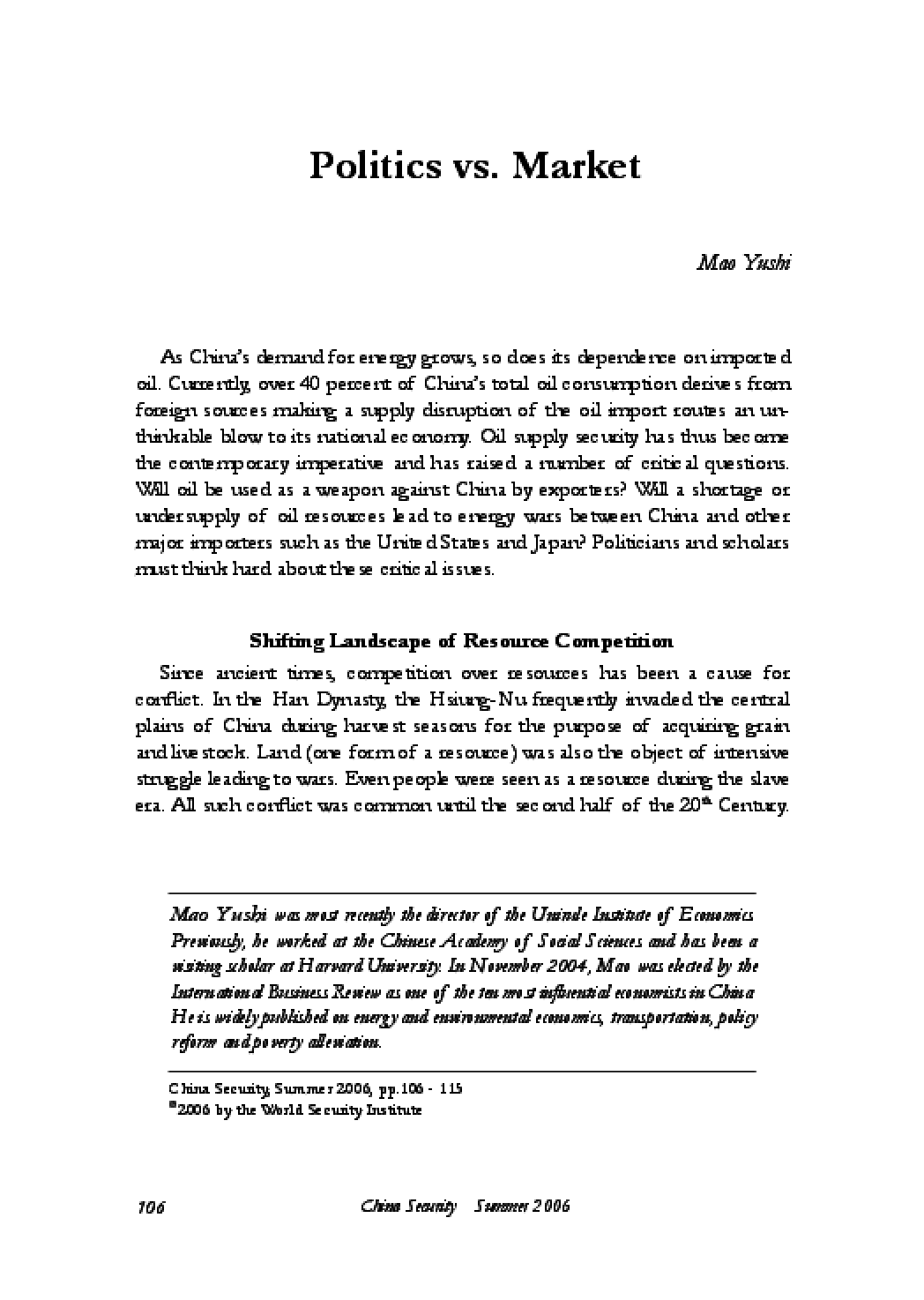