The second title in the Poor Philanthropist Series, this monograph represents the culmination of a six-year journey; a journey characterised in the first three years by in-depth qualitative research which resulted in an understanding of philanthropic traditions among people who are poor in southern Africa and gave rise to new and innovative concepts which formed the focus of the research monograph The Poor Philanthropist: How and Why the Poor Help Each Other, published by the Southern Africa-United States Centre for Leadership and Public Values in 2005. 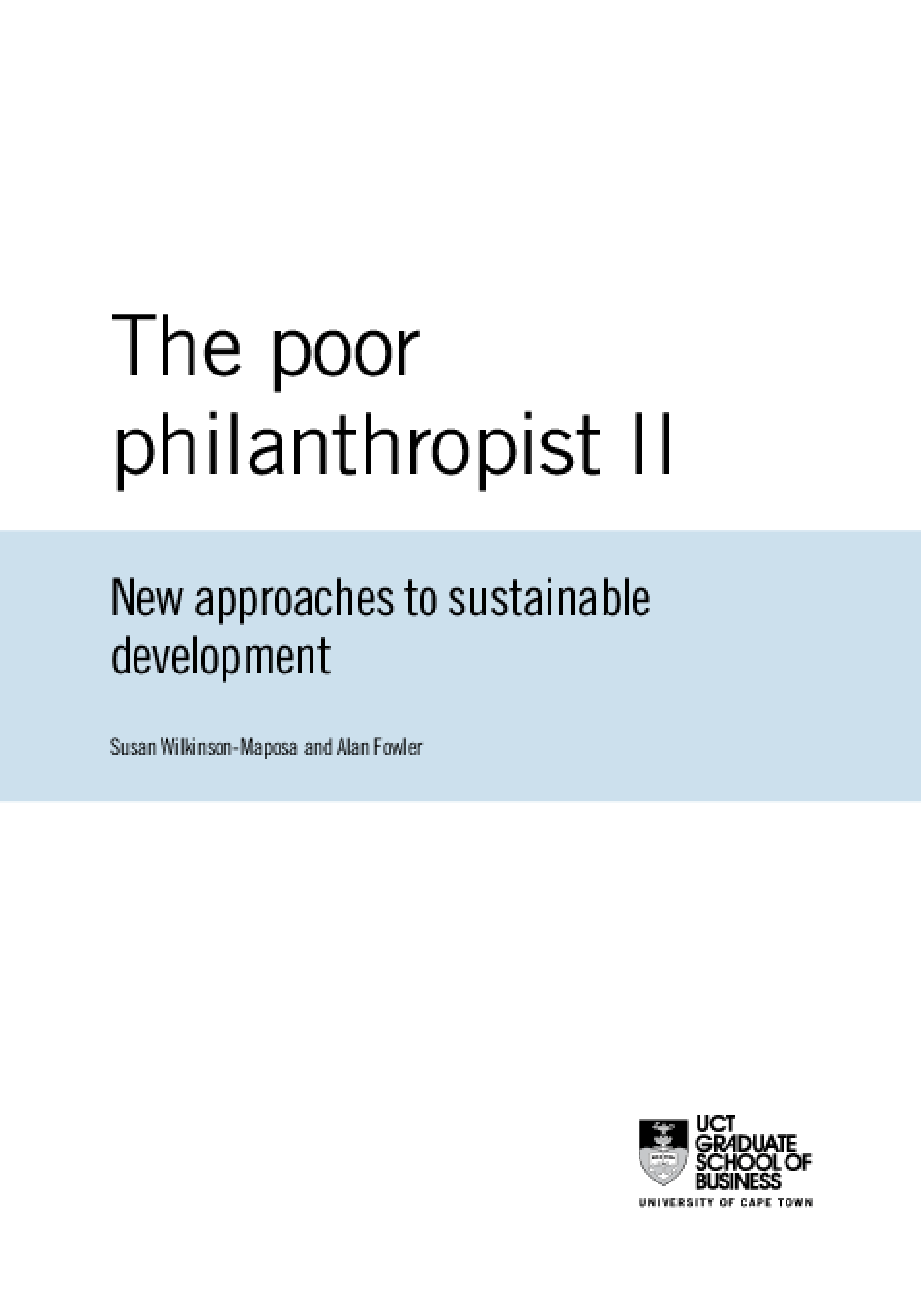