As the Greater Philadelphia region's metropolitan planning organization (MPO), the Delaware Valley Regional Planning Commission (DVRPC) provides technical assistance and services to its member state, county, and local governments; the private sector; and the public. Delaware Valley Data is our periodic series of free data bulletins, data snapshots, and analytical reports. Data Bulletin #097 provides county- and subcounty-level population estimates as of July 1, 2015, for the 28 counties located within DVRPC's extended data services area, released by the U.S Census Bureau in May 2016. The Census Bureau's Population Estimates Program (PEP) produces July 1st estimates for the years following the last published decennial census and, in most cases, simultaneously revises annual estimates released in previous years. Existing data series such as births, deaths, federal tax returns, Medicare enrollment, and immigration are used to update the base counts from the decennial census. PEP estimates are used in federal funding allocations, in setting the levels of national surveys, and for monitoring recent demographic changes. 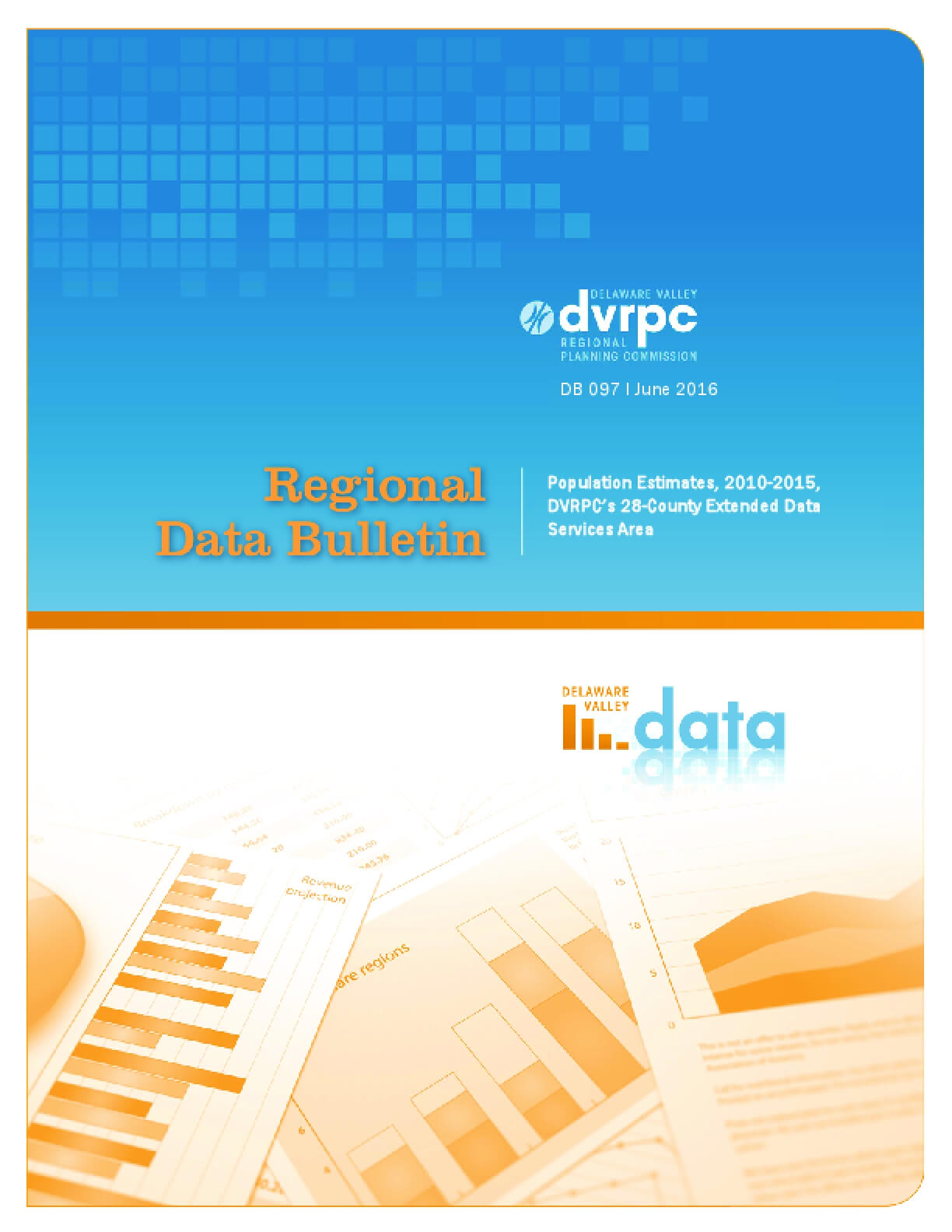