The Heinz Endowments' African American Men and Boys Task Force conducted an audit of media reporting on black men and boys in Pittsburgh. Based on content analysis of newspapers and evening newscasts, in addition to a survey and video interviews, the findings highlight a media scene that underrepresents African-Americans males, especially in terms of their positive achievements. 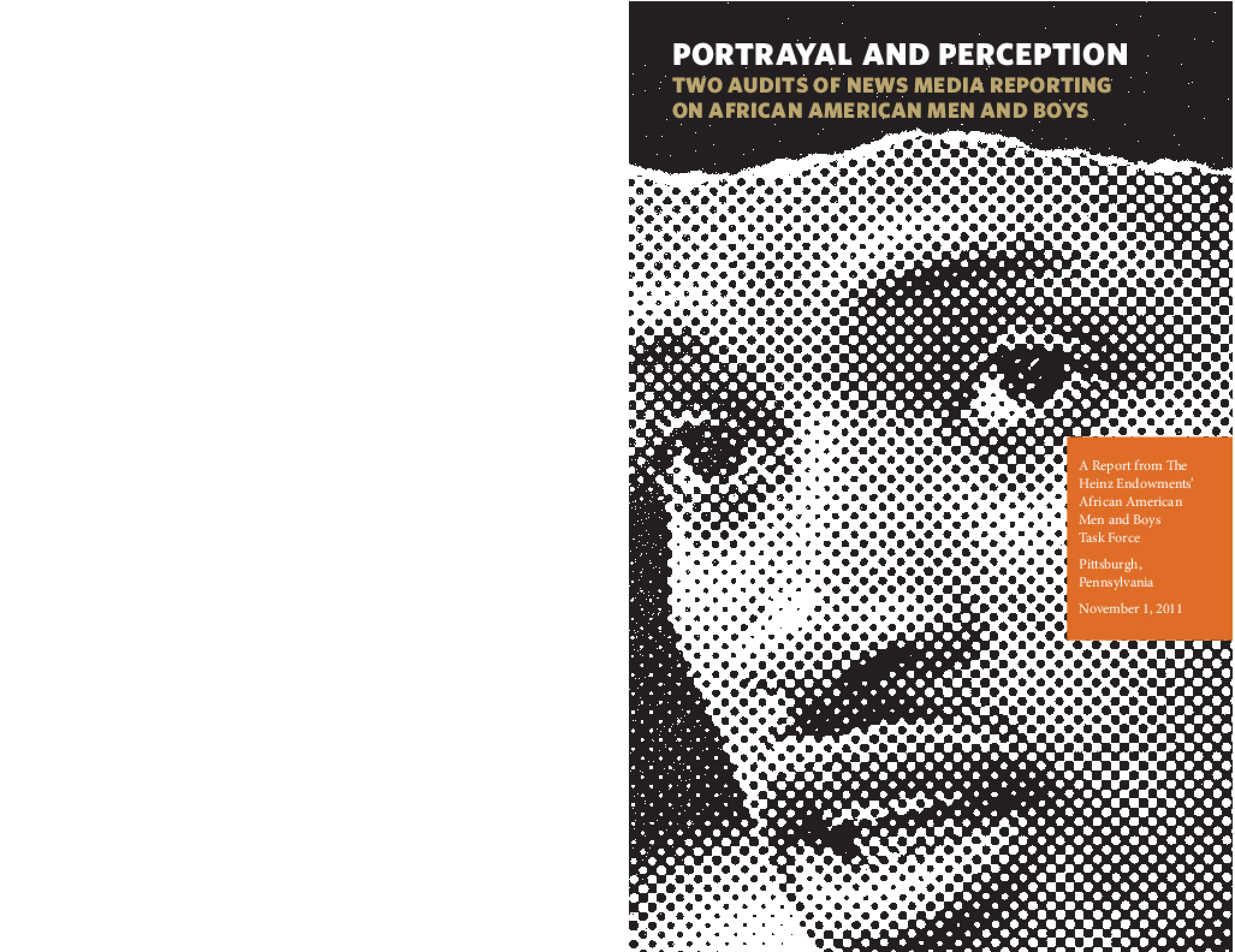