Position Paper IV: Countering the Threats from the Middle East

The Task Force on Cooperation in Greater Europe recently released its fourth position paper highlighting the inherent threats stemming from the crisis in Syria.  The paper,"Countering Threats in the Middle East," focuses on the Syrian conflict, highlighting the need for effective communication and cooperation.  It also draws attention to the "proxy war" that's arisen out of the current unrest in Syria, and specifically calls on leaders in Russia and Turkey to deescalate current tensions and work toward a less adversary relationship.

The Task force is made up of foreign leaders and defense ministers from countries across Europe, including Russia, Turkey, the UK, Poland, Ukraine, and France.  It's supported by independent analysis done by the Russian International Affairs Council, the Polish Institute of International Affairs and the International Strategic Research Organisation in Ankara and Carnegie Corporation of New York grantee the European Leadership Network. The paper is the latest in a series of position papers. 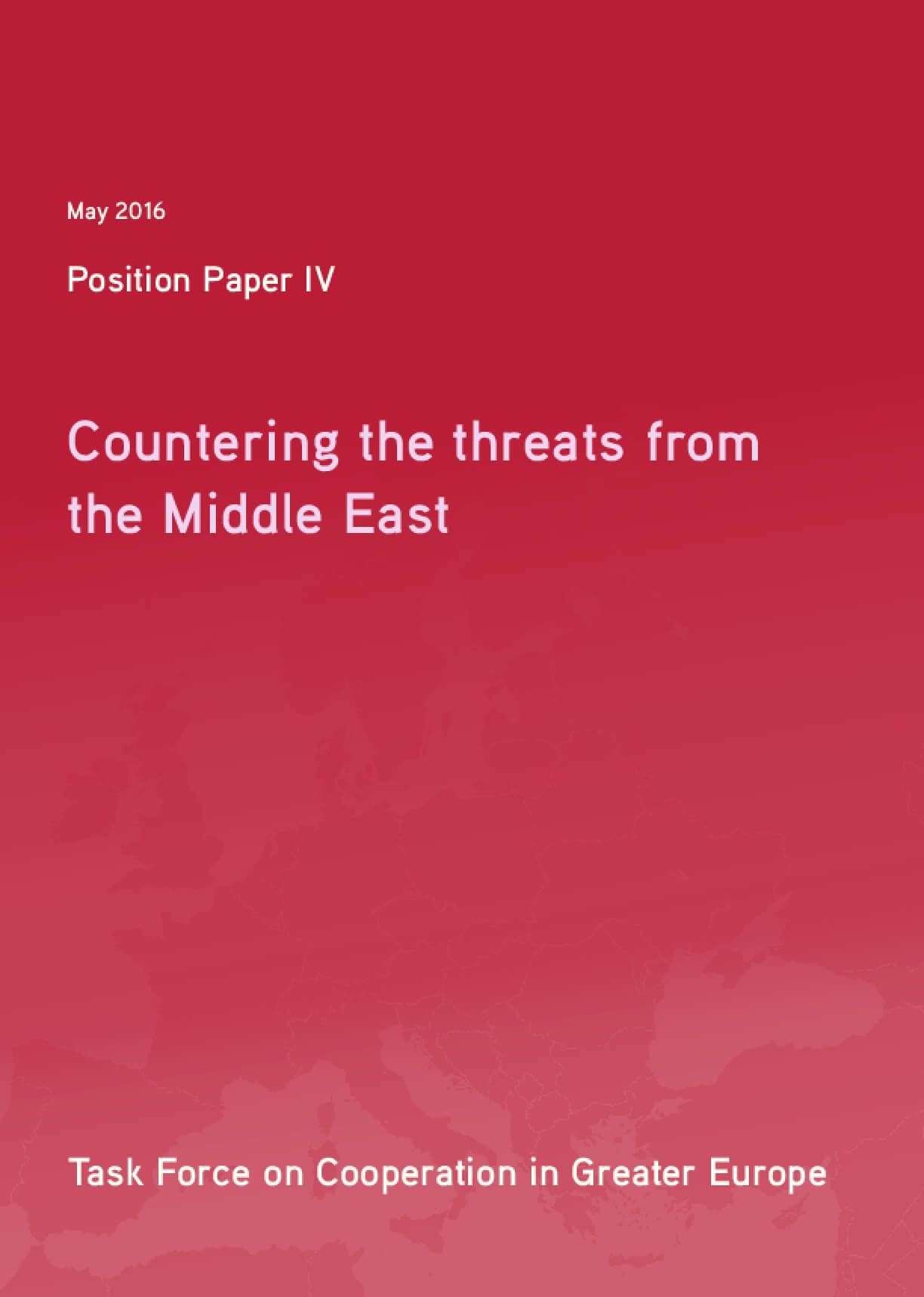