Populations that lack convenient and affordable access to savings and credit are often described as "unbanked." The micro-finance movement has succeeded in providing the previously unbanked with access to credit. However, the influence of micro-finance has been uneven and incomplete, with many variations in the degree of access to financial services. Those who are marginally worse off are still in need of a way to manage their money. One model that fills this gap is the VSLA/SILC. These are savings groups in which members meet regularly and must contribute a minimum savings amount at each meeting. This money goes into a loan pool and is lent out to members, ideally so that each member receives at least one loan per year. Loans typically must be repaid, with interest, in one to three months, thus returning cash to, and enlarging, the pool. At the end of the annual cycle the pool is disbursed, each member's share corresponding to the amount of savings they have put in. In addition to providing an accessible savings and loan vehicle, the VSLA/SILC model goes beyond conventional banking by including a system of social support. The group structure encourages and promotes positive saving habits among members. In addition, members contribute to a separate social welfare fund that can be drawn on to cover emergency costs during times of need, such as illness or death. We studied VSLA/SILC savings groups in Uganda that were established in multi-year projects by two facilitating agencies, CARE and Catholic Relief Services (CRS). Project funding phased out completely in 2012, but savings groups continue to spring up, or "replicate." The Datu Research team conducted field research in Uganda in May -- July 2013 and collected data through surveys and focus group discussions with replicated groups and the original project groups. The data gathered enabled us to estimate the rate of replication. It also provided a sense of how the experience of replicated groups compared with that of project groups. This report synthesizes the data gathered, addressing the following core questions: 1. What is the estimated rate at which project groups are replicating? 2. Why and how do replicated groups form? 3. How does the performance of replicated groups compare with that of project groups? 4. What do members of replicated groups report about their experience? 5. What does membership in multiple groups tell us about replication and the VSLA/SILC model? 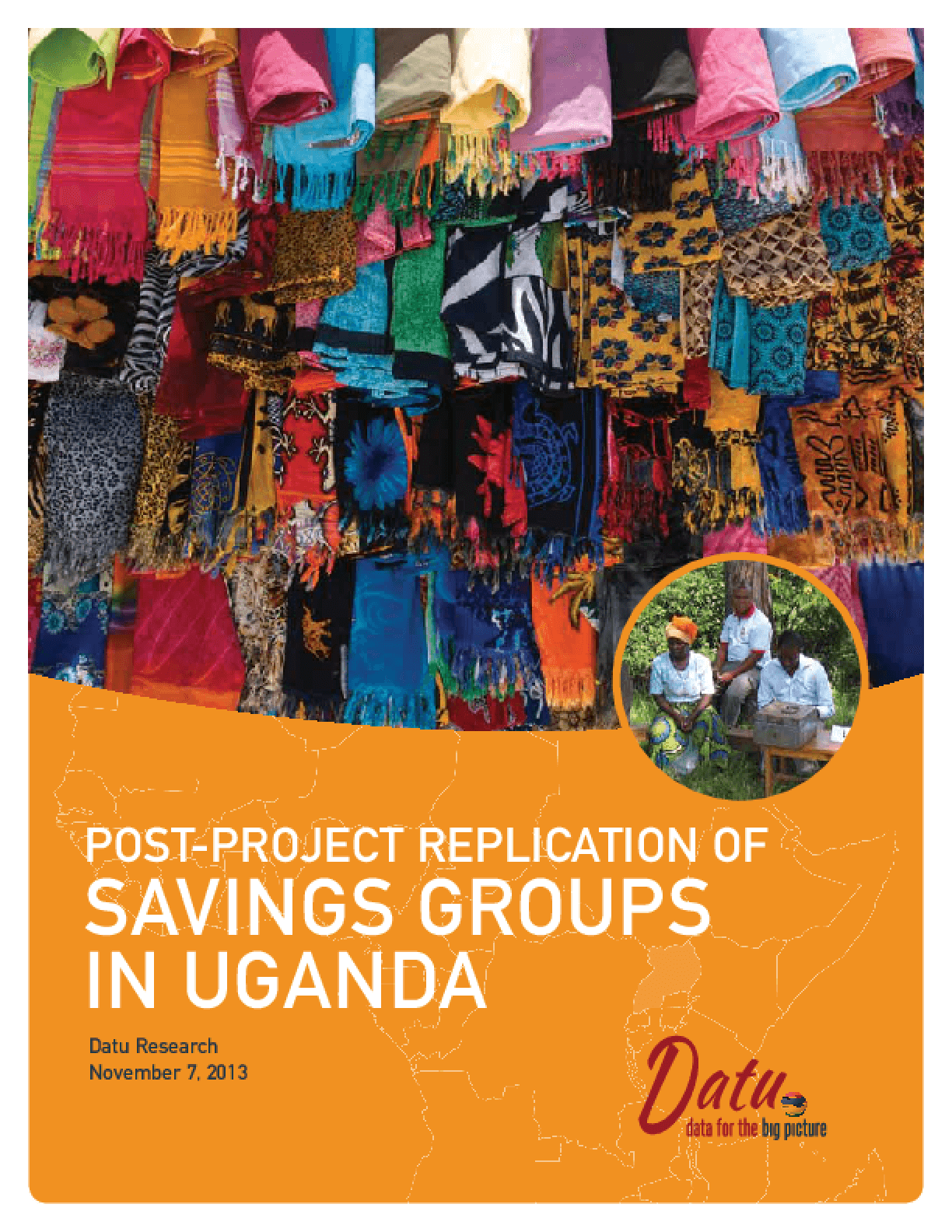