Power on the Line(s): Making Redistricting Work for Us

The coalition's guide provides essential information about the redistricting process, such as examples of recent efforts to dilute the voting power of communities of color. It also details the legal protections that remain available to protect against manipulative redistricting schemes, particularly after the Supreme Court's 2013 ruling in Shelby County, Alabama v. Holder – which removed a safeguard against racially discriminatory redistricting plans in states and jurisdictions with a record of such practices. The guide is bolstered by clear, specific, and actionable steps that members of Latino, Black, and Asian American communities can take to protect against unfair and discriminatory redistricting plans that would serve to diminish their right to equal representation in government and the opportunity to elect candidates of their choice. 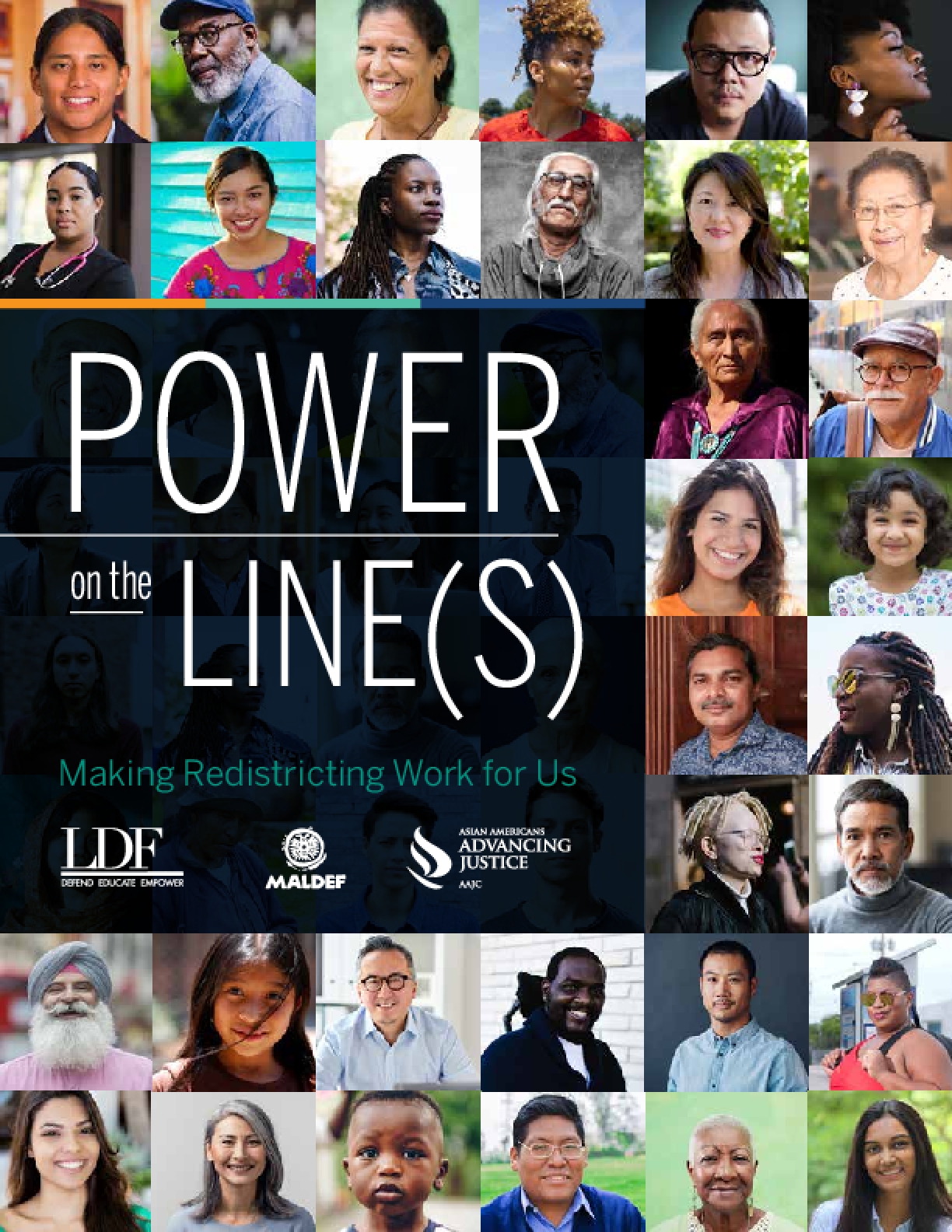