Predatory Profiling: The Role of Race and Ethnicity in the Location of Payday Lenders in California

In California and elsewhere, African Americans and Latinos make up a disproportionate share of payday loan borrowers. CRL's analysis reveals that the racial and ethnic composition of a neighborhood is the primary predictor of payday lending locations, while playing a very minimal role in explaining the variation in the location of bank branches. As a result, payday lending storefronts are most heavily concentrated in African American and Latino communities. By contrast, the location of mainstream financial service providers such as banks can be largely explained by supply and demand factors such as the presenceof retail space. 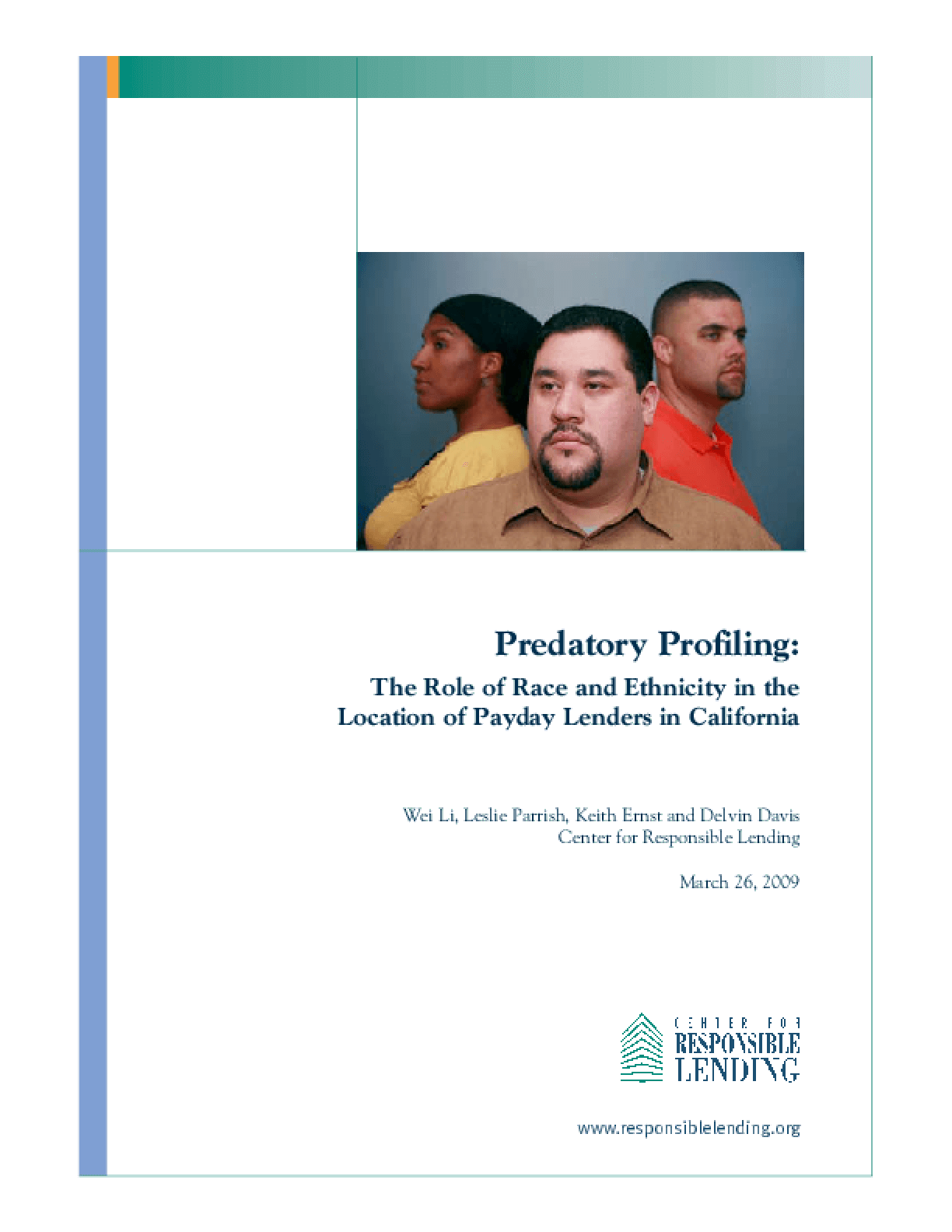