Preference-for-Solitude and Adjustment Difficulties in Early and Late Adolescence 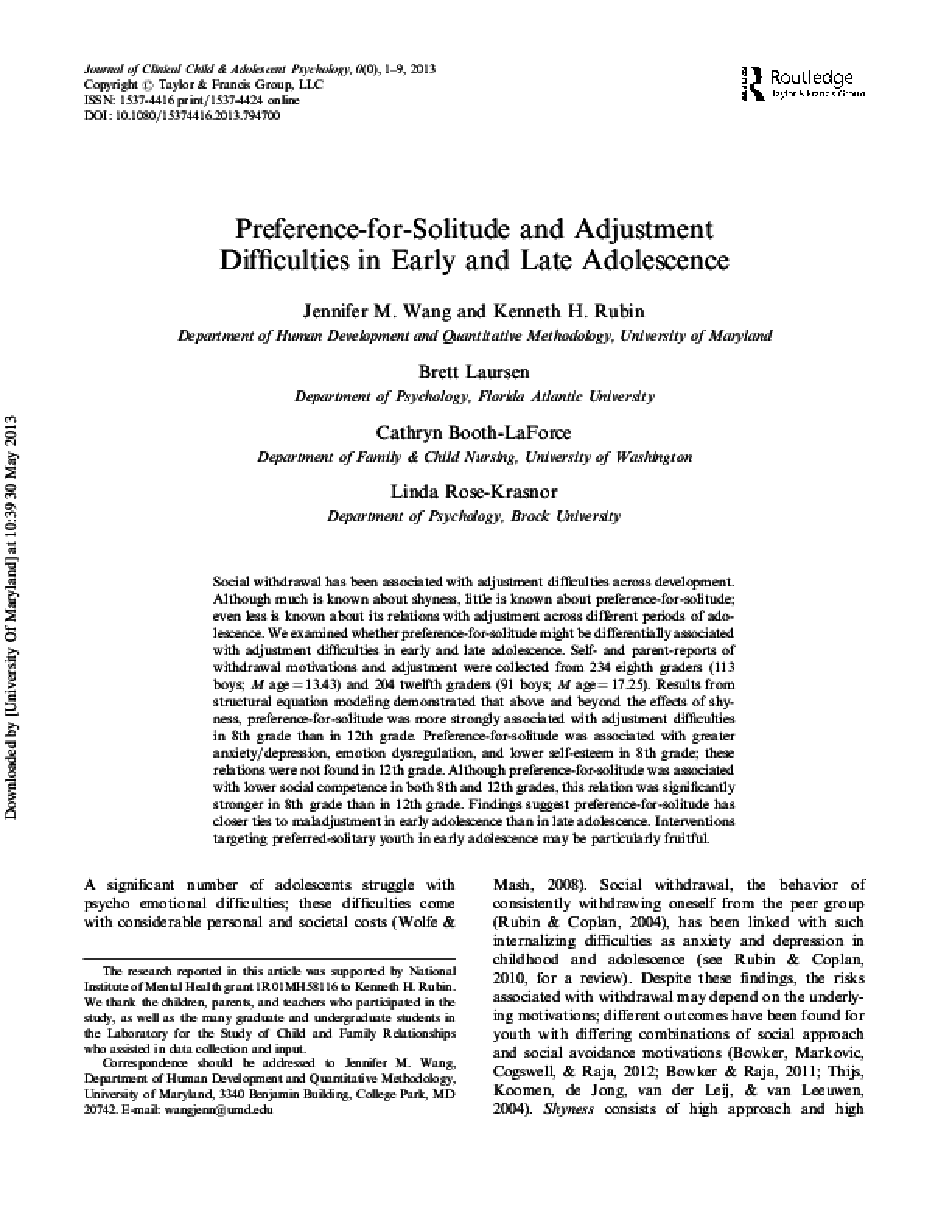