The OAS final audit of the Bolivian elections, published on December 4th, concludes that there was "intentional manipulation" and "serious irregularities" that make it impossible to verify the results of the election. Members of the de facto government and other critics of former president Evo Morales have used the findings of the OAS audit to corroborate allegations of electoral fraud leveled in the hours and days following the vote. But the following analysis shows that the report itself presents a biased and misleading account of the audit's findings, presenting serious inaccuracies and downplaying or ignoring altogether any evidence that runs counter to the fraud narrative that the OAS has promoted since the day after the election.

This analysis is not meant to serve as a validation of the electoral results themselves. Rather, it is an analysis of the OAS's actual findings and of the neutrality and rigor of the audit itself. This is not about supporting one political party or candidate over another. Nor is it solely about Bolivia. This is about the need for independent electoral observation in the hemisphere, and about accountability for an organization that has abandoned any semblance of neutrality under the leadership of Secretary General Luis Almagro. 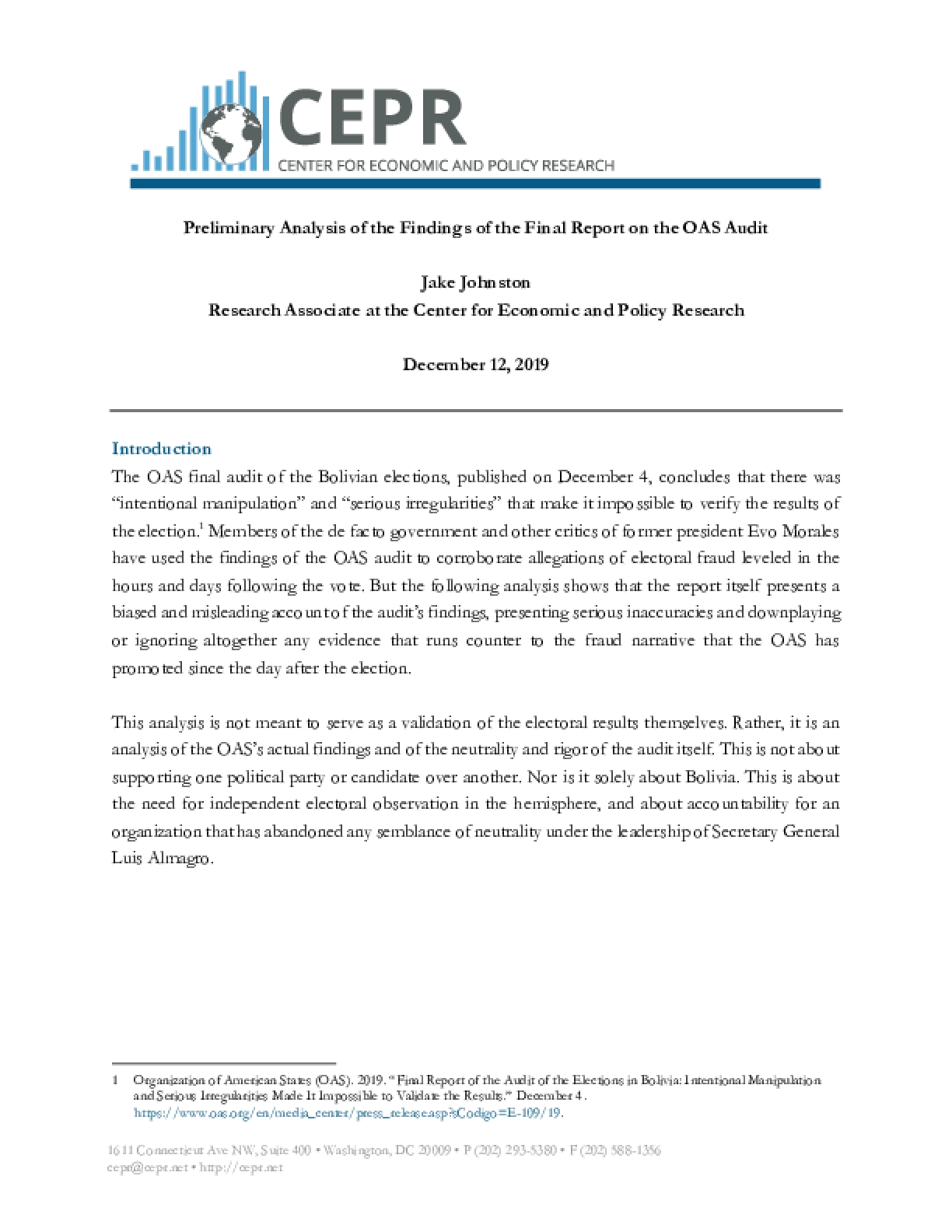