Even though food guarding is an adaptive trait for dogs, they are often euthanized when they exhibit this behavior while at an animal shelter. This research demonstrates some dogs that guard their food can be adopted and guarding is seldom seen in the home. Based on post-adoption follow-up of the dogs selected for the program, guarding behavior was rarely reported during the first three weeks, and by three months, adopters reported no food bowl guarding behavior. The adopters reported being highly bonded with these dogs and return rates were lower than general shelter dog population. Placing food guarding dogs into homes and providing follow-up support for adopters can provide a life-saving safety net for many shelters. 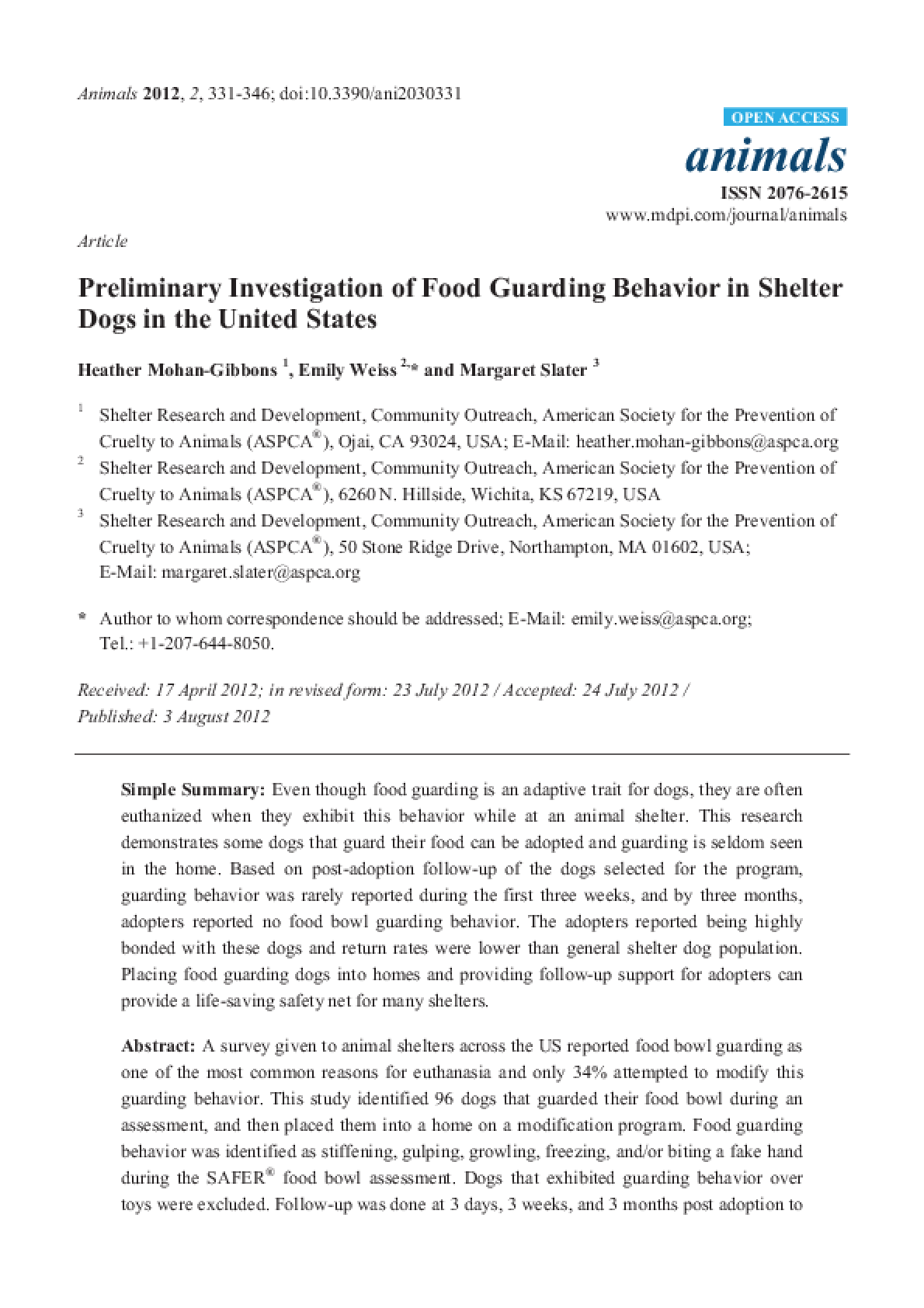