Preparing for a Sea Change in Florida: A Strategy to Cope with the Impact of Global Warming on the State's Coastal and Marine Systems

With more coastline, diversity of marine habitats and off shore area than any state in the continental U.S., Florida is the epitome of an ocean state. Yet Florida's coastal and ocean heritage stands to be severely harmed by global warming. Indeed, scientific evidence shows that damage to our coastal and marine systems is inevitable. The Florida Coastal and Ocean Coalition, formed in 2006, is committed to addressing this threat and, with the release of this report, calls upon our leaders to take the necessary steps to address the expected impacts of global warming on the state's unique coastal and marine resources.

The good news is that Florida is in a powerful position to emerge as a bold leader in the environmental effort to preserve natural resources in the face of global warming, both by taking action to reduce greenhouse gas emissions and by implementing sound coastal and ocean policies. The Governor, through his Action Team on Energy and Climate Change, and the Legislature have set the stage for Florida to lead with vision on the critical issue of coping with global warming. Responsible actions undertaken now can ensure the continued vitality of Florida's environment and economy and can serve as an important model around the nation and the world. 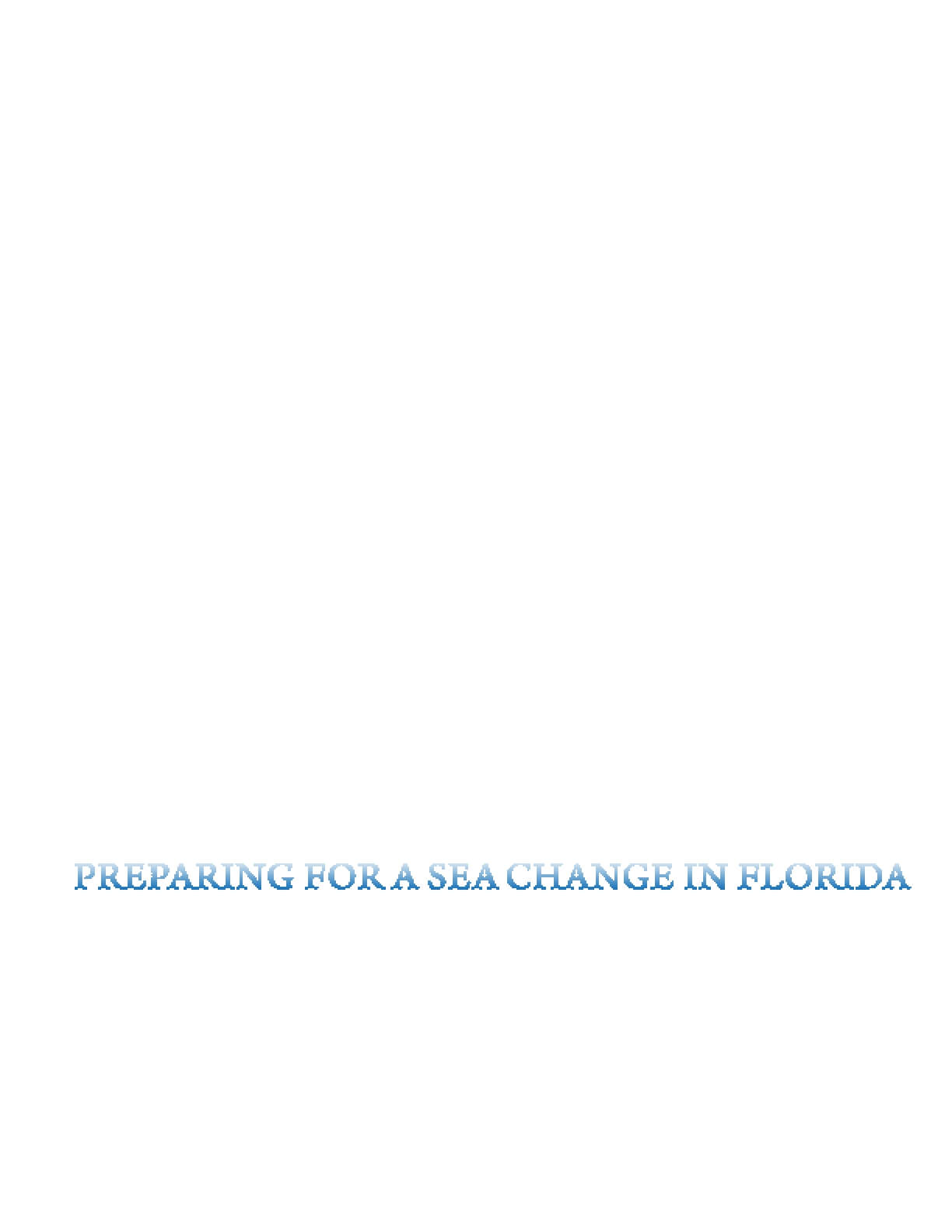