The New York-New Jersey Harbor is an economic engine and the center of a logistics cluster that includes rail, highway, and air connections to the rest of the nation and the world. The welcoming waters and shoreline that greeted Henry Hudson have fostered the commerce that built our city over the centuries. Today's working waterfront continues to be a vital part of the regional economy and must be protected and New York City's waterfront has long been a mainstay of its economy. Jobs associated with the working waterfront also continue to increase. Much of the shipping activities is clustered around Newark Bay in New Jersey. But New York City also remains a vibrant home to the maritime support industry: more than 90 percent of support vessels, including tug boats and barges as well as ship repair facilities are located either on the Kill Van Kull shoreline of Staten Island or the Brooklyn waterfront. Overall, the port contributes to NYC's economy more than 31,000 jobs, nearly $2.1 billion in personal income, nearly $6.8 billion in business activity and nearly $1.3 billion in tax revenues. The Metropolitan Waterfront Alliance calls on New York City to promote key programs, facilities and industries to preserve, protect, and grow the working waterfront of New York City. By doing so the city will ensure the viability of its working waterfront and in doing so will preserve deep-water maritime areas on the city's waterfront that have infrastructure that cannot be recreated. 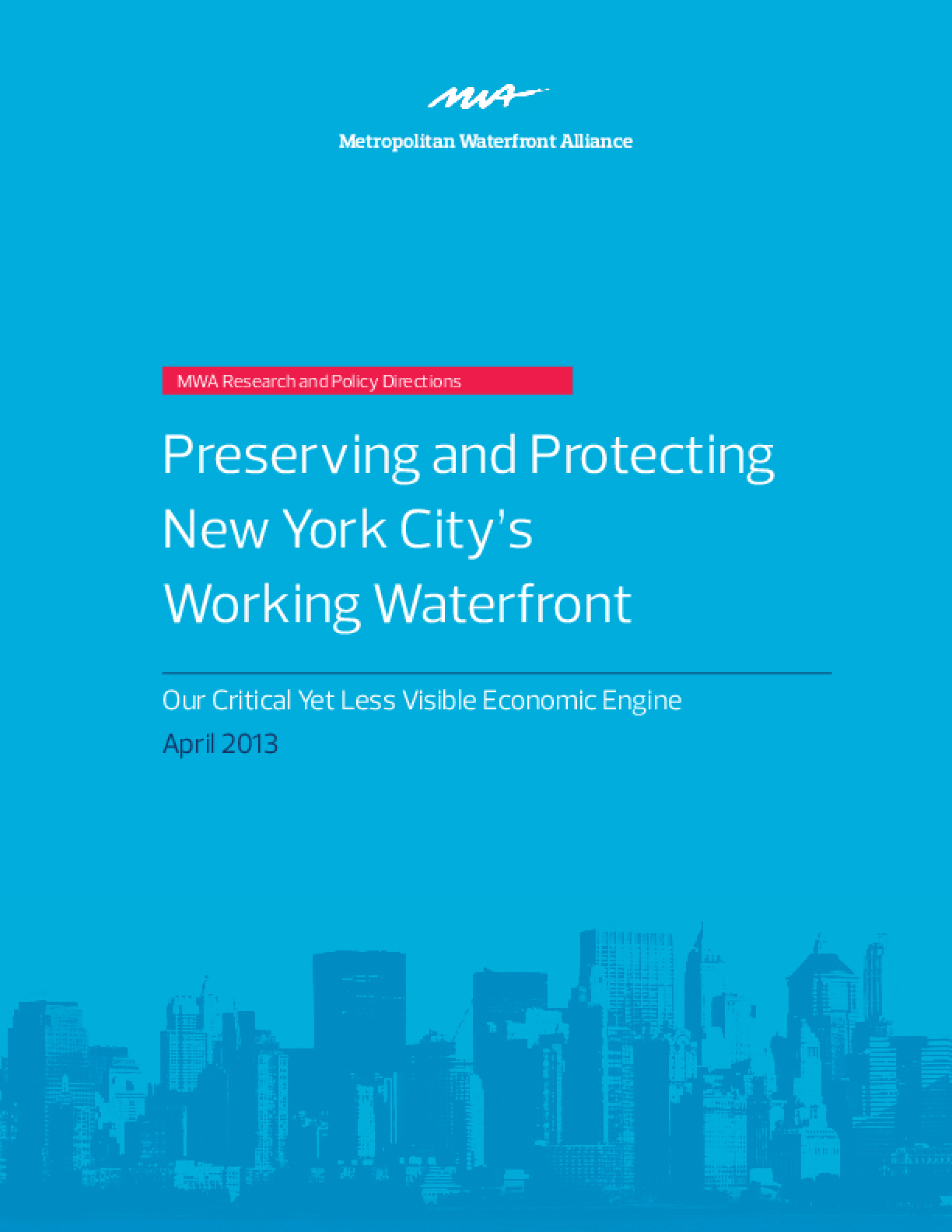