Presidential Debates: What’s Behind the Numbers?

Because they attract large audiences, generate interest in the campaign, help voters understand their choices in the upcoming election, forecast governance, increase the likelihood that voters will cast a vote for the preferred candidate rather than against the opponent, moderate some of the campaigns' tendencies to exaggerate and, in a close contest, may affect an election's outcome, presidential debates have become a centerpiece of presidential general elections in the United States.BackgroundAlthough audience data have tracked trends in presidential general election debate viewership over the years, they often fail to reveal how much and how many of the debates people actually watch. More importantly, these figures don't provide insight into why people do or do not watch the debates. Using multiple research methods, this Annenberg Public Policy Center white paper draws on detailed Nielsen viewership data, a national survey, and a set of focus groups with debate viewers to answer these questions. 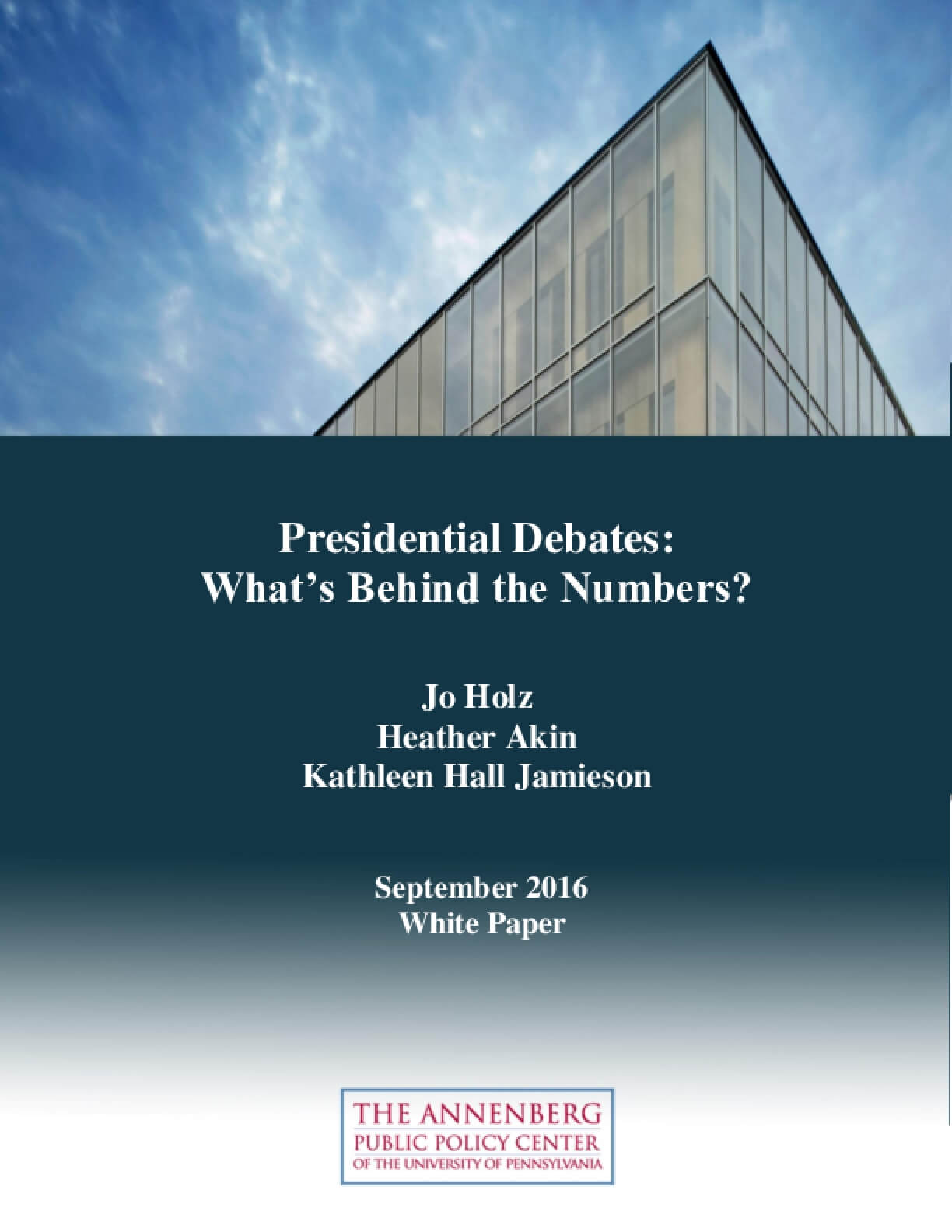